Brexit negotiations now scheduled to stretch on into Oct 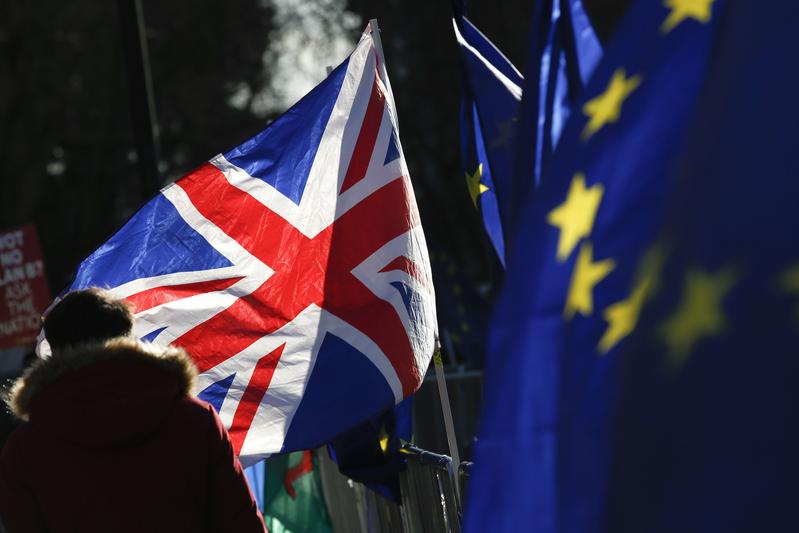 In this Jan 22, 2019 photo, a British Union flag, also known as a Union Jack, flies beside European Union (EU) flags during ongoing pro and anti Brexit protests outside the Houses of Parliament in London, UK. (LUKE MACGREGOR / BLOOMBERG)

Talks between UK and European Union negotiators will continue into October, the UK government said, ending only days before a key meeting of EU leaders the bloc says is the deadline for the two sides to reach a comprehensive trade agreement.

The UK and EU negotiators will meet on the weeks of Aug 17, Sept 7 and Sept 28, the British govt said

Negotiators will meet on the weeks of Aug 17, Sept 7 and Sept 28, the British government said in a statement on Friday.

EU leaders are pushing to reach a deal before the meeting to allow time for any trade accord to be implemented before the post-Brexit transition period expires on Dec 31.

A fifth round of talks between ended last week with both sides saying they are still far from reaching an agreement. Without one, businesses face the imposition of tariffs and quotas from next year.