Iran's Ayatollah rejects talks with US over missile, nuke programs 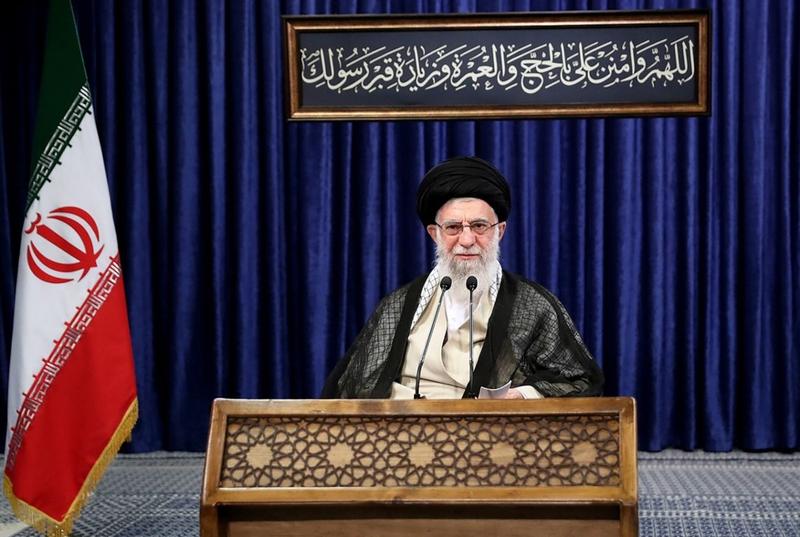 DUBAI/TEHRAN - Iran's Supreme Leader Ayatollah Ali Khamenei ruled out negotiations with the United States over Tehran's ballistic missile and nuclear programs on Friday and urged Iranians to resist US pressure.

"The sanctions the Americans have exerted against the Iranian nation are for sure a grave crime," the Ayatollah said in a speech broadcast live on television on the occasion of the Muslim festival of Eid al-Adha.

The sanctions the Americans have exerted against the Iranian nation are for sure a grave crime.

"Although the sanctions seem to be against the (Islamic) establishment, it is indeed against the entire nation," he noted.

"America's brutal sanctions on Iran are aimed at collapsing our economy ... Their aim is to limit our influence in the region and to halt our missile and nuclear capabilities," the Ayatollah said.

In the short term, their pressure aims to exhaust and disturb the Iranian nation and to make the nation stand against the Islamic establishment, he said.

"Relying on national capabilities and cutting our dependence on oil exports will help us to resist America's pressure," said the Ayatollah.

Relations between Tehran and Washington have deteriorated since US President Donald Trump in 2018 abandoned a 2015 pact between Iran and six world powers under which Iran accepted curbs on its nuclear program in return for lifting sanctions.

In his speech, Ayatollah Khamenei also said that European states have failed to salvage the 2015 nuclear accord.

"They have inflicted a blow on Iran's economy by hollow promises," the Iranian supreme leader said.

Since the US withdrawal, the European parties to the agreement have intensified efforts to save it by shielding Iran's economy from US penalties.