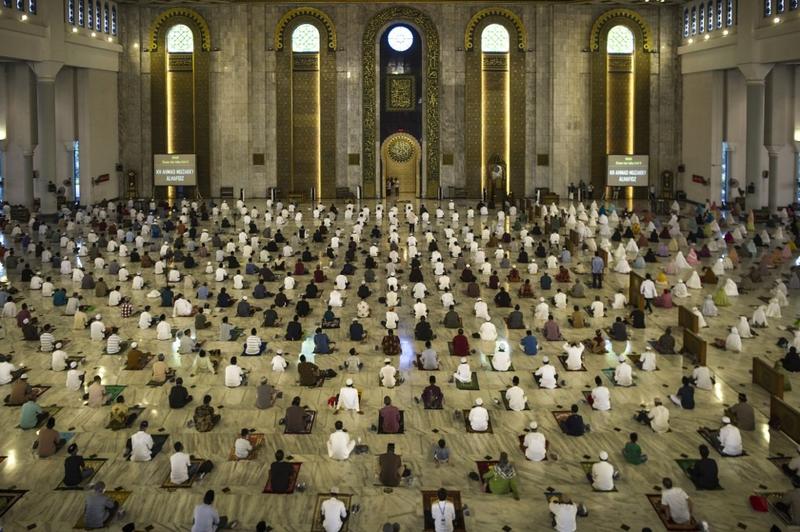 Muslims attend Eid al-Adha prayers with social distancing as a preventive measure against the COVID-19 coronavirus at a mosque in Surabaya in East Java on July 31, 2020. (JUNI KRISWANTO / AFP)

JAKARTA/KOLKATA - Muslims across Asia, taking precautions against the novel coronavirus such as wearing face masks and temperature checks, performed prayers on Friday to mark the festival of Eid al-Adha in mosques with reduced capacity as well as on the streets.

In India, where Eid will be celebrated mostly from Saturday, several states have eased coronavirus restrictions to allow worshippers to gather in mosques in limited numbers

In Indonesia, worshippers were advised to maintain social distancing during the prayers as the world’s biggest Muslim-majority country struggles to contain the spread of the virus.

Indonesia’s religious ministry also asked mosques to shorten ceremonies this year, while many mosques cancelled the ritual of slaughtering livestock and distributing meat to the community.

Instead the donated sheep, goats and cows will be killed in abattoirs to mark the ‘Feast of the Sacrifice’, celebrated by Muslims around the world to commemorate Prophet Abraham’s willingness to sacrifice his son Ismail at God’s command. 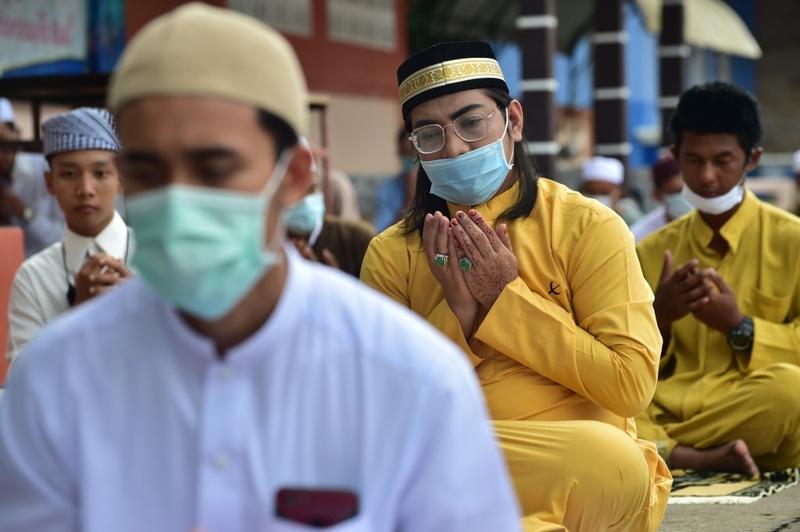 Muslims pray outside a mosque due to limitations and restrictions to halt the spread of the COVID-19 coronavirus during the Eid al-Adha festival in Thailand's southern province of Narathiwat on July 31, 2020. (MADAREE TOHLALA / AFP)

“This year’s Eid al-Adha is very different from previous years because we need to follow health protocols as we perform prayers, like maintaining social distancing,” said Devita Ilhami, 30, who was at the Sunda Kelapa mosque in Jakarta.

She also noted they had to bring their own prayer mats, with markers on the ground to show where they should be laid.

Elsewhere in Asia, Muslims including in Thailand and Malaysia prayed in or outside mosques wearing masks.

In Malaysia, while some mosques cancelled the ritual of slaughtering livestock, 13 cows were killed in the traditional way by cutting the throat under rules limiting the number of animals and people at the Tengku Abdul Aziz Shah Jamek mosque in Kuala Lumpur. 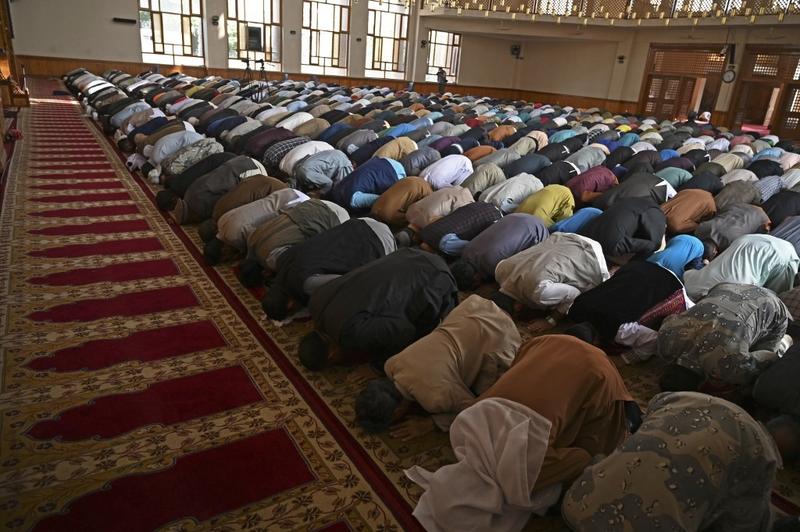 Meanwhile, Afghan President Ashraf Ghani will attend prayers in Kabul. Islamist Taliban militants have announced they will observe a three-day ceasefire for the holiday, offering some respite from weeks of increasing violence in the country.

In India, where Eid will be celebrated mostly from Saturday, several states have eased coronavirus restrictions to allow worshippers to gather in mosques in limited numbers.

“Only small groups of worshippers will be allowed into mosques,” said Shafique Qasim, a senior cleric at the Nakhoda mosque in the eastern city of Kolkata, adding that no prayers would be held on the streets. 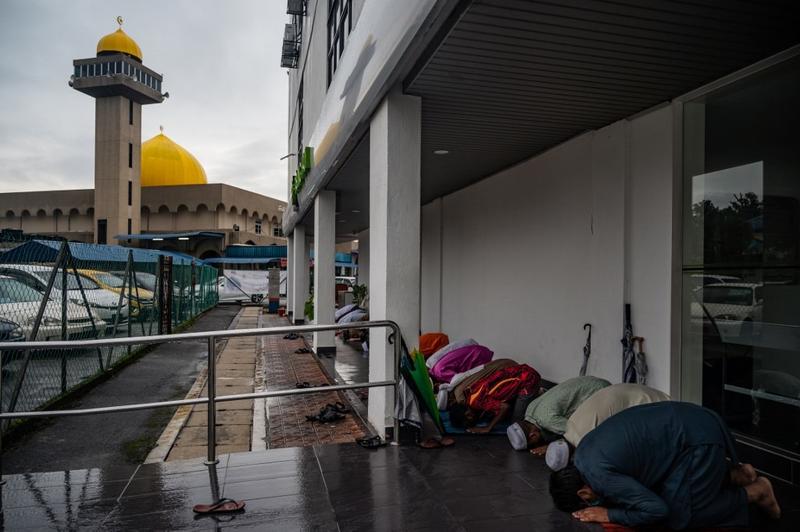 Muslims offer prayers outside a mosque due to limitations and restrictions to halt the spread of the COVID-19 coronavirus during the Eid al-Adha festival in Kuala Lumpur on July 31, 2020. (MOHD RASFAN / AFP)

Ritual sacrifices would be performed in enclosed areas, away from public view, and the remains carefully collected and disposed, he said.

In southern Karnataka state, authorities are requiring mosques to disinfect their premises, use thermal scanners, provide hand-washing facilities and ensure individuals maintain a distance of 6 feet (1.83 m) between each other.

Health experts have been concerned about the risks of the coronavirus being spread during such religious festivals, when Muslims typically gather in mosques and homes, or travel to their home towns.