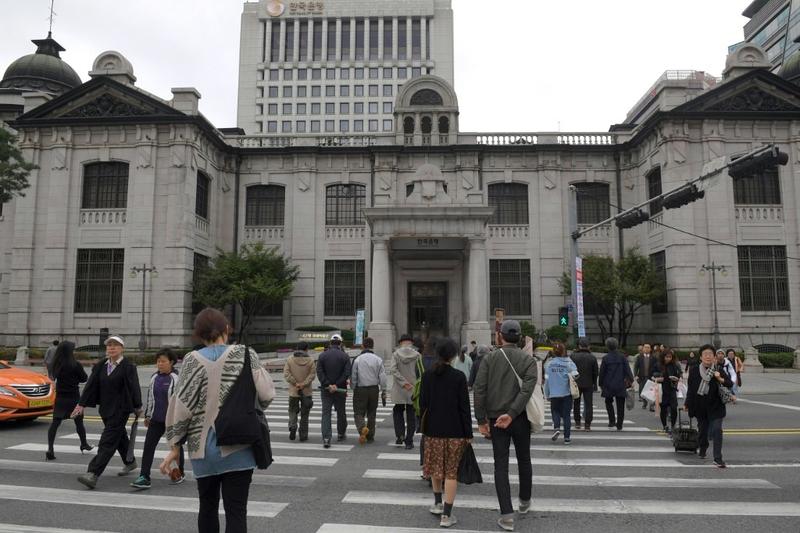 Gross domestic product (GDP) in DDPRK last year rose 0.4 percent in real terms from the previous year when the economy suffered the biggest contraction in 21 years

Gross domestic product (GDP) in DDPRK last year rose 0.4 percent in real terms from the previous year when the economy suffered the biggest contraction in 21 years, shrinking 4.1 percent due to a drought and sanctions, the ROK’ Bank of Korea (BOK) said on Friday.

The DPRK has been under UN sanctions since 2006 over its ballistic missile and nuclear programs and the UN Security Council has been toughening measures in recent years.

“The sanctions have not become any tougher since 2017-end and weather conditions have been more favourable which helped output from the agriculture sector to improve,” a BOK official said.

“Even so, its too early to say (DPRK’s) economy is in a recovery” as its trade volume in recent years is half the levels seen before the international sanctions kicked in. DPRK’s economy grew 3.9 percent in 2016, the fastest pace in 17 years, but sharply contracted in the following two years.

DPRK leader Kim Jong-un vowed to switch the focus from the development of nuclear arsenal to economic development in 2018 before he held an unprecedented summit with US President Donald Trump. The two leaders have met three times, but failed to find a compromise over the DPRK’s nuclear weapons programme.

Estimates for DPRK economic data by the BOK are considered the most authoritative as the DPRK does not disclose any statistics on its economy.

Since 1991, the BOK has used figures from intelligence agencies and the unification ministry data on everything from size of rice paddy crops, water flows at dams to traffic near the border to make estimates.

The BOK said output from agriculture, forestry and fisheries which accounts for about a fifth of DPRK ’s economy increased 1.4 percent last year, while industrial production fell 0.9 percent, following a 12.3 percent drop in 2018.

However, the DPRK’s trade volume jumped 14.1 percent in 2019, as exports of non-sanctioned items such as shoes, hats and wigs increased 43 percent, the bank said.

The BOK official said the DPRK’s trade was expected to worsen significantly this year due to the coronavirus outbreak.

In the 1950s, the DPRK’s command-driven economy posted a healthy an annual growth rate of 13.7 percent. But a focus on post Korean War military spending, the fall of the Soviet Union, and a famine in the mid-1990s crippled the economy.