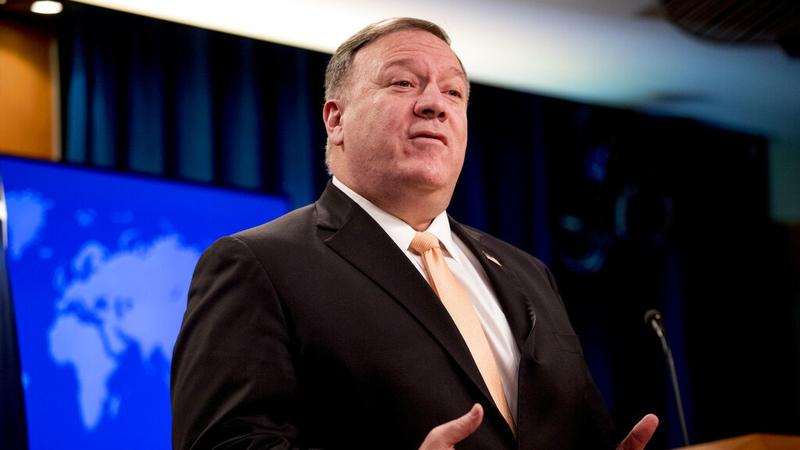 The 22 specific materials include multiple forms of aluminum, steel, among others

"Today, the State Department is identifying 22 specific materials used in connection with Iran's nuclear, military, or ballistic missile programs," US Secretary of State Mike Pompeo said in a statement.

ALSO READ: Iran struggles to buy food in a world wary of touching its money

"Those who knowingly transfer such materials to Iran are now sanctionable," he added.

The 22 specific materials include multiple forms of aluminum, steel, among others.

As a result, sanctions may still be imposed on those who knowingly transfer certain materials, including graphite or raw or semi-finished metals, to or from Iran to be used in connection with the Islamic Republic’s construction sector, Pompeo said.

The materials he said he had determined are used in connection with Iran’s nuclear, military or ballistic missile programs included aluminum powder with purity above 98 percent.

Reuters reported in June that Iran Alumina Company’s aluminum complex near the city of Jajarm is also home to a secret facility, set up by the IRGC, that has produced powder for use in Iran’s missile program.

Aluminum powder is a key ingredient in solid-fuel propellants used to launch missiles.

The United States has previously targeted Iran’s metals sector with sanctions in an effort to slash Iranian revenues.

Tensions between Washington and Tehran have spiked since Trump unilaterally withdrew in 2018 from the Iran nuclear deal struck by his predecessor, Barack Obama, and began reimposing sanctions that had been eased under the accord.

READ MORE: US imposes new Iran sanctions, but waives others

Earlier in the day, Pompeo said in a Senate hearing that the United States would take "action necessary" to ensure the UN arms embargo on Iran does not expire.

Under UN Security Council Resolution 2231, the arms embargo will be lifted this October. Tehran said it would not accept the renewal of the embargo.