Experts: US Election Day could be start of long battle 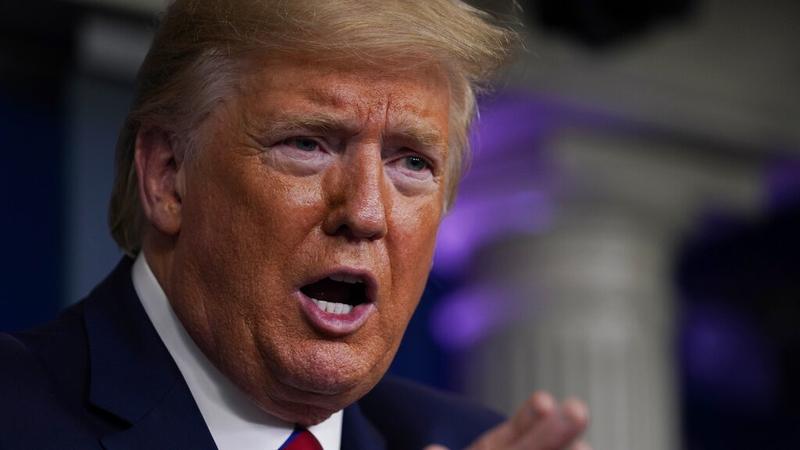 President Donald Trump’s refusal this week to say if he would accept the results of November’s election, and his repeated assertions that the vote will be “rigged” because of mail-in ballots, have raised the specter of a disputed election that could take weeks, or even months, to resolve.

Even absent allegations of fraud, the deluge of mail ballots due to the coronavirus pandemic could take weeks to tally, making it less likely a winner is declared on Election Day in the contest between Trump and Democrat Joe Biden. The former vice president currently leads Trump in opinion polls

Even absent allegations of fraud, the deluge of mail ballots due to the coronavirus pandemic could take weeks to tally, making it less likely a winner is declared on Election Day in the contest between Trump and Democrat Joe Biden. The former vice president currently leads Trump in opinion polls.

Here are some of the messy scenarios at play – and how they might unfold:

Mail ballots will likely cause significant delays in tallying results. In many states, they can arrive after Election Day, and officials must open them by hand and verify signatures. Already this year, some primary elections held mostly by mail because of the pandemic have remained unsettled for weeks after Election Day.

Democrats worry such delays could allow claims of fraud to gain traction.

A person briefed by the Biden campaign said the candidate’s staff was bracing for a “nightmare scenario” in which Trump declares victory based on leading the in-person vote count in battleground states on Nov 3. But in the ensuing days, as mail-in ballots from densely populated urban areas are counted, his advantage disappears in what experts call the “blue shift” - and the president claims the contest is being stolen from him.

States have varying laws regarding mail-in and absentee ballots - signature matching, postmark requirements, application deadlines - and any could prompt litigation by either Democrats or Republicans over which ballots should be eligible and which should not.

Voters who follow their state’s rules but cannot get their ballots back in time through no fault of their own could be effectively disenfranchised. That could spark legal challenges in states where the race is decided by slim margins.

Litigation filed in individual states could eventually reach the US Supreme Court, as it did in 2000, when Republican George W Bush prevailed over Democrat Al Gore by just 537 votes in Florida after the conservative-leaning high court halted a recount. 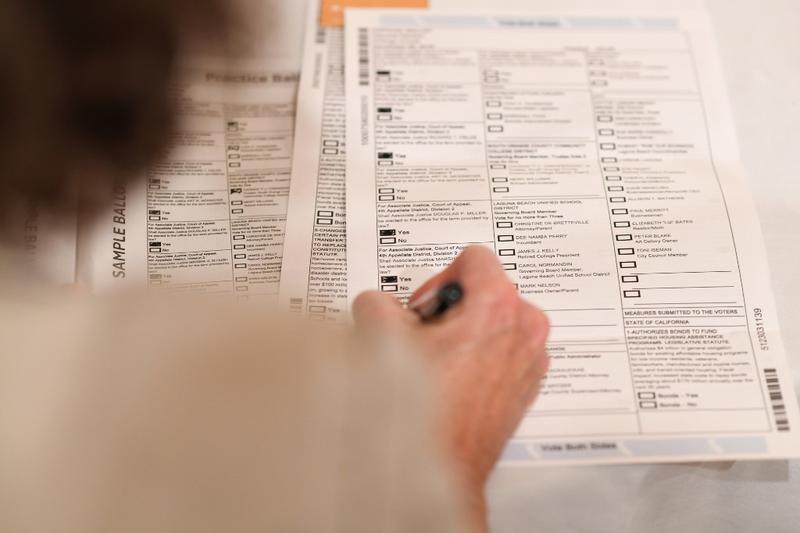 In this file photo, voter Becky Visconti completes her mail-in ballot for the 2018 US midterm elections at a private residence in Laguna Niguel, in Orange County California, October 24, 2018. (ROBYN BECK / AFP)

The current court’s conservative majority has generally been permissive of voting restrictions. But that does not necessarily suggest the court would lean toward Trump in a dispute over the election results, legal scholars say.

Perhaps even more worrisome than litigation is the possibility of an Electoral College dispute, some experts say.

The US president is not actually elected by a majority of the popular vote. Under the Constitution, 538 electors – known as the Electoral College – determine the winner.

In practice, the candidate who wins each state’s popular vote typically collects that state’s electors, which are apportioned based on population. The governor of each state certifies the electors’ vote, which takes place this year on Dec 14, and submits it to Congress for its approval.

In a new book, “Will He Go?” Amherst College law professor Lawrence Douglas outlined a scenario in which the results in three swing states – Michigan, Wisconsin and Pennsylvania – are so close and muddied that both sides claim victory.

The Republican-controlled legislatures in each state, egged on by Trump, submit their own certificates awarding the electors’ votes to Trump, even as the states’ Democratic governors send separate certificates giving Biden the votes.

States have occasionally submitted competing certificates in US history, most notably in 1876, when the election remained unsettled for months. The dispute was resolved only after officials from both parties brokered a deal giving Republican Rutherford B Hayes the presidency in exchange for withdrawing US troops left over from the Civil War from Southern states, a move that helped usher in the Jim Crow era of racial segregation.

The Supreme Court recently ruled that states could punish “faithless electors” who cast votes for someone other than the winner of their state. But more than a dozen states have no rules against faithless electors.

Under the federal Electoral Count Act, Congress is responsible for resolving Electoral College disputes, not the Supreme Court. But the law is ambiguous, Douglas said, and if the Senate remains in the hands of Republicans and Democrats keep control of the House of Representatives, a split Congress may not easily agree on a solution.

“If you ask whether our constitutional legal system is designed to deal with an electoral crisis, the answer is, it really isn’t,” Douglas said in an interview.

MILITARY TO ESCORT HIM OUT?

Some experts said they were most concerned about the lasting damage to democratic norms if Trump refuses to concede defeat, even if Biden is declared the winner.

Peaceful succession is a hallmark of US democracy. The Supreme Court’s ruling in Bush v Gore did not end the election. Gore’s decision to accept it did.

READ MORE: Biden: Military would oust Trump if he loses but hangs on

Biden has suggested the military might need to “escort” Trump out of the White House if he loses but refuses to leave. Whoever is sworn in as president on Jan 20 will command both the armed forces as well as executive-branch security agencies, like the Secret Service.

A disputed election could also spark civil unrest in a country already on edge thanks to the coronavirus, the recession and months of demonstrations over racial injustice.

Mark Brewer, an elections lawyer who is helping train Democratic legal volunteers in Michigan, said the best way to avoid an extended legal battle would be for Biden to win by a wide margin.

“Democrats have to make sure this election is not close,” he said.