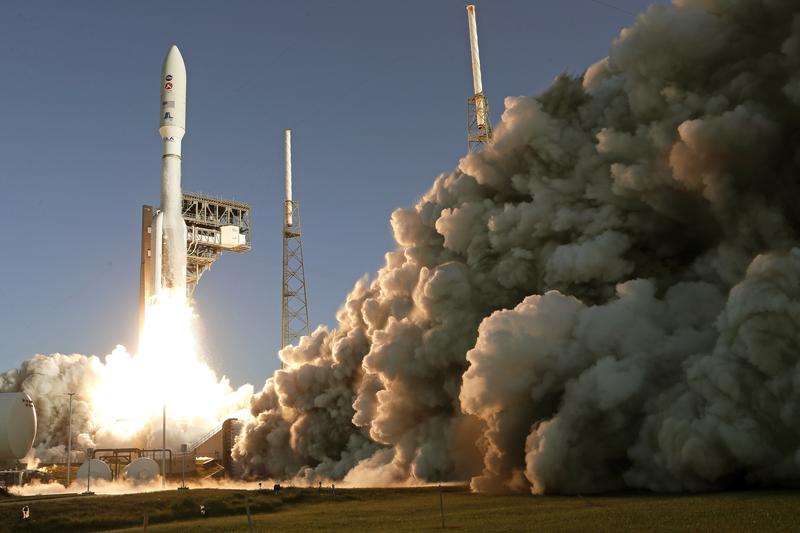 NASA's next-generation Mars rover Perseverance blasted off from Florida’s Cape Canaveral on Thursday atop an Atlas 5 rocket on a US$2.4 billion mission to search for traces of potential past life on Earth’s planetary neighbor.

Mars rover Perseverance is due to land at a former lake from 3.5 billion years ago that scientists suspect could bear evidence of potential past microbial life on Mars

The next-generation robotic rover - a car-sized six-wheeled scientific vehicle - also is scheduled to deploy a mini helicopter on Mars and test out equipment for future human missions to the fourth planet from the sun. It is expected to reach Mars next February.

It soared into the sky under clear, sunny and warm conditions carried by an Atlas 5 rocket from the Boeing-Lockheed joint venture United Launch Alliance. The launch took place after the Jet Propulsion Laboratory in California where its mission engineers were located was rattled by an earthquake.

This marked NASA’s ninth journey to the Martian surface.

Perseverance is due to land at the base of an 820-foot-deep (250 meters) crater called Jezero, a former lake from 3.5 billion years ago that scientists suspect could bear evidence of potential past microbial life on Mars. 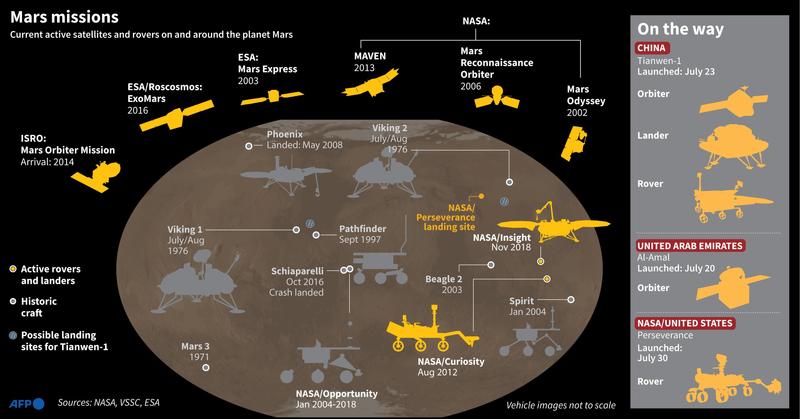 This AFP graphic shows satellites and rovers on and around planet Mars, and new missions heading to the Red Planet.

Scientists have long debated whether Mars - once a much more hospitable place than it is today - ever harbored life. Water is considered a key ingredient for life, and the Mars billions of years ago had lots of it on the surface before the planet became a harsh and desolate outpost.

One of the most complex maneuvers in Perseverance’s journey will be what mission engineers call the “seven minutes of terror,” when the robot endures extreme heat and speeds during its descent through the Martian atmosphere, deploying a set of supersonic parachutes before igniting mini rocket engines to gently touch down on the planet’s surface.

This was scheduled as the third launch from Earth to Mars during a busy month of July, following probes sent by the United Arab Emirates and China. The state from which the rover was launched, Florida, is currently one of the hot spots in the United States for the coronavirus pandemic. 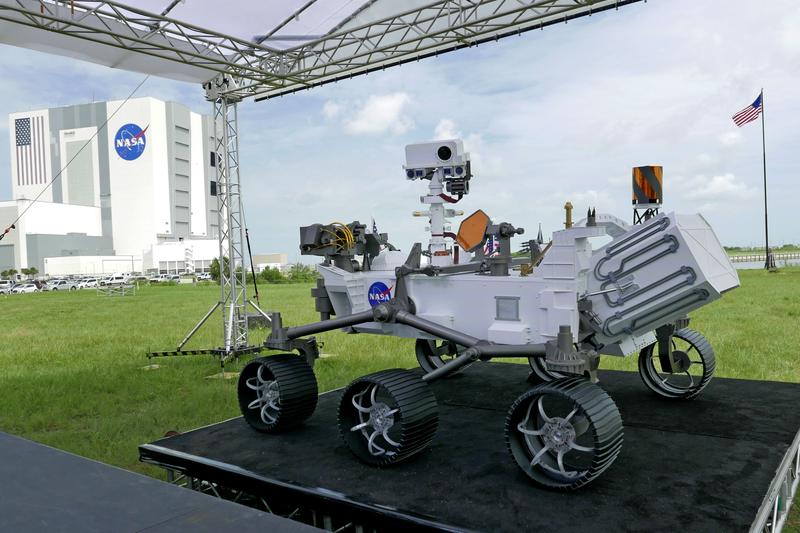 A replica of the Mars rover Perseverance is displayed outside the press site before a news conference at the Kennedy Space Center Wednesday, July 29, 2020, in Cape Canaveral, Florida. (JOHN RAOUX / AP)

Aboard Perseverance is a four-pound (1.8 kg) autonomous helicopter named Ingenuity that is due to test powered flight on Mars for the first time.

Since NASA’s first Mars rover Sojourner landed in 1997, the agency has sent two others - Spirit and Opportunity - that have explored the geology of expansive Martian plains and detected signs of past water formations, among other discoveries. NASA also has successfully sent three landers - Pathfinder, Phoenix, InSight.

The United States has plans to send astronauts to Mars in the 2030s under a program that envisions using a return to the moon as a testing platform for human missions before making the more ambitious crewed journey to Mars.

Perseverance will conduct an experiment to convert elements of the carbon dioxide-rich Martian atmosphere into propellant for future rockets launching off the planet’s surface, or to produce breathable oxygen for future astronauts. 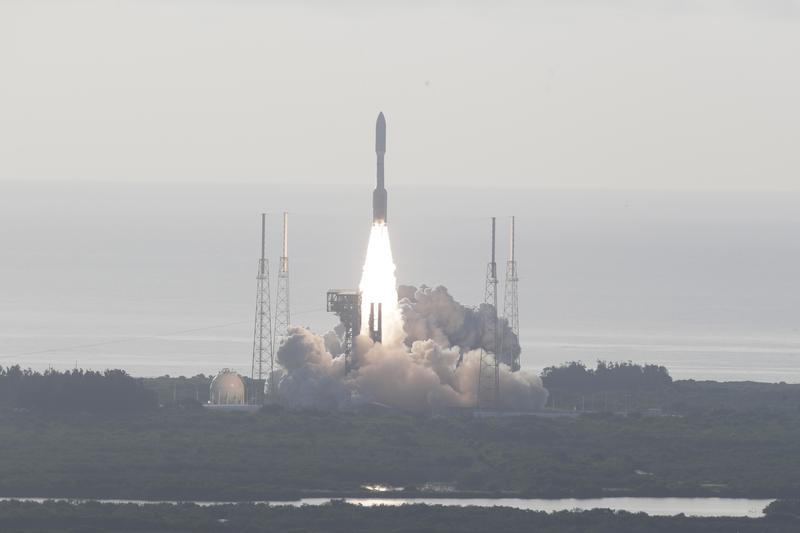 An Atlas V rockets lifts off from the Kennedy Space Center with NASA's Perseverance rover on its way to Mars, July 30, 2020, at Cape Canaveral, Florida. (JOHN RAOUX / AP)

The rover also is intended to help bring Martian rock samples back to Earth, collecting materials in cigar-sized capsules and leaving them in various spots on the surface for retrieval by a future “fetch” rover. That planned rover is expected to launch the samples back into space to link up with other spacecraft for an eventual Earth homecoming around 2031.