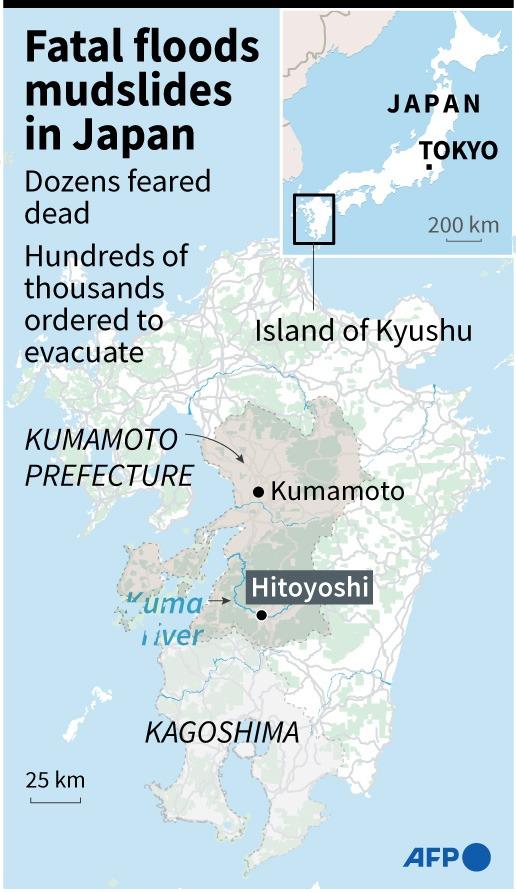 TOKYO - Torrential rain continued to batter Japan's southwestern region of Kyushu on Monday following the weekend's deluge, triggering flooding and mudslides as the death toll rose to 44 in the hard-hit Kumamoto Prefecture.

According to the prefectural government, 14 of the 44 fatalities were from a nursing home near the Kuma River, which overflowed and caused extensive flooding

According to the prefectural government, 14 of the 44 fatalities were from a nursing home near the Kuma River, which overflowed and caused extensive flooding. It added that one was without vital signs and 10 others were missing with rescuers racing against the clock to save lives.

Meanwhile, the Japan Meteorological Agency (JMA) issued its highest-level warning on heavy rain for parts of Fukuoka, Nagasaki and Saga prefectures, also in the Kyushu region, urging people to take all possible measures to protect themselves.

The weather agency called on residents in those areas to be on high alert for disasters such as flooding and landslides through Tuesday morning.

As of Monday afternoon, some 254,000 residents from 117,000 households in Kumamoto, Miyazaki and Kagoshima prefectures were ordered to evacuate.

Prime Minister Shinzo Abe told government officials to do all they can to save lives and support those who have been affected. He also urged people across the country to be on alert, and to get the latest information from local governments. 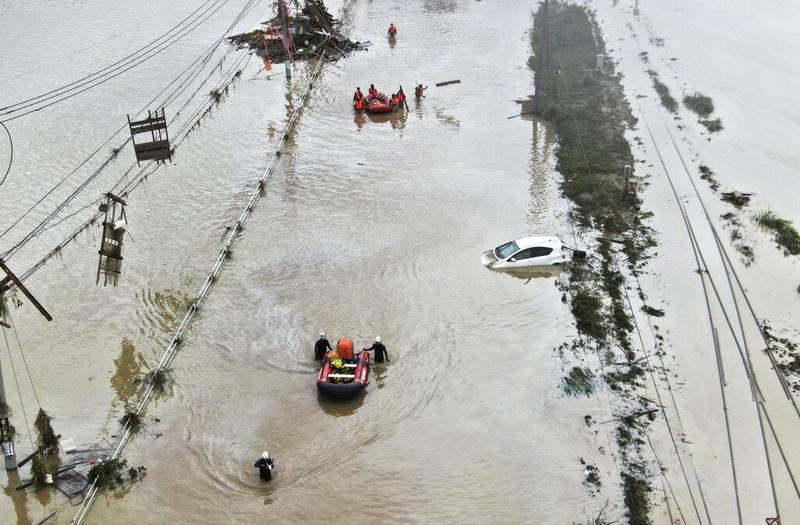 "I offer my deepest condolences for those who have passed from the torrential rains," Chief Cabinet Secretary Yoshihide Suga said at a news conference, adding that some 40,000 members of the Self-Defence Force were involved in rescue missions.

Evacuation orders are already in place for areas in Fukuoka, Miyazaki and Kagoshima prefectures, the JMA said.

Suga said that evacuation centers were also working on preventing the spread of the novel coronavirus by distributing disinfectant and asking evacuees to maintain their distance from each other. 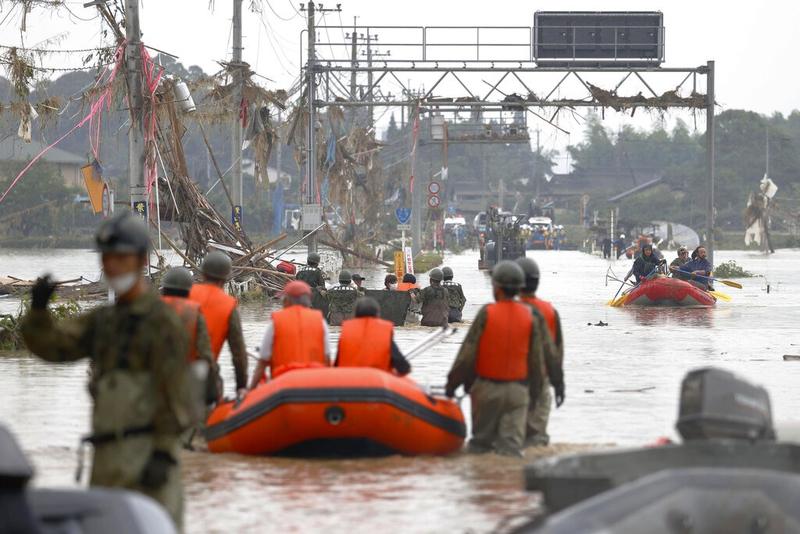 As of Saturday, some 200,000 have been ordered to evacuate their homes, according to Kyodo news agency.

The floods are Japan's worst natural disaster since Typhoon Hagibis in October last year that left about 90 people dead.