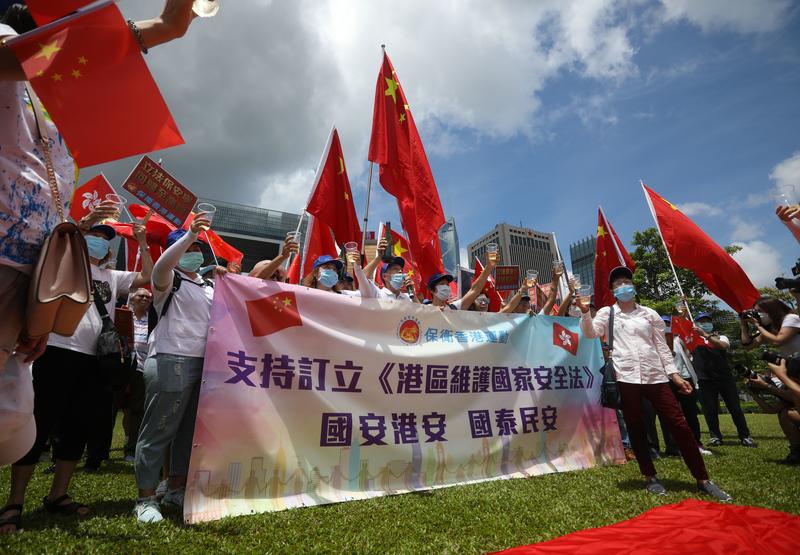 HONG KONG - Leading political groups, police associations, and a college alliance in Hong Kong voiced strong support on Tuesday for a new law that aims to safeguard national security in the city, saying the measure will benefit local people and long-term development.

They made the remarks within hours after the law was passed unanimously by the National People’s Congress Standing Committee in Beijing on Tuesday morning.

The Democratic Alliance for the Betterment and Progress of Hong Kong, the largest party in Hong Kong’s Legislative Council, expressed “full support” for the passage and enactment of the law. By protecting the “one country, two systems” principle, the law will not only safeguard national security in Hong Kong, but will continue to promote Hong Kong’s prosperity and stability, as well as defend the rights of its people.

By protecting the “one country, two systems” principle, the law will not only safeguard national security in Hong Kong, but will continue to promote Hong Kong’s prosperity and stability, as well as defend the rights of its people

Citywide riots that broke out last year had completely destabilized the city, the DAB said in a statement. Meanwhile, the unrest also exposed a loophole in Hong Kong’s efforts to protect national security. The special administrative region has failed for 23 years to fulfill its constitutional duty to enact a national security law under Article 23 of the Basic Law of Hong Kong, and consequently, the opposition, separatist, and Western anti-China forces were provided an opportunity to undermine the city’s rule of law, economy, and people’s livelihood, the statement said.

The DAB said the law showed the central authorities’ trust in Hong Kong as it gives the SAR an important role in law enforcement and prosecution, and the administration of justice. It also places great emphasis on protecting the legitimate rights of the people of Hong Kong. Therefore, the law serves the fundamental interest of Hong Kong residents and will benefit Hong Kong’s long-term development, the DAB said.

Joining the chorus of endorsements was the city’s largest labor union, the Hong Kong Federation of Trade Unions, which strongly urged speedy implementation of the newly passed national security law.

The union said that the continuing riots, which began in June 2019, have triggered prolonged social unrest and have become an unbearable burden on the city’s economy and people’s livelihoods. Therefore, the passage of the national security law is “a unanimous aspiration of the people”, the union said.

The Hong Kong Tertiary Education Alumni Alliance said in a statement the law will protect the majority of Hong Kong people, who abide by the law, and will reinforce Hong Kong’s core competitiveness as an international financial and business hub.