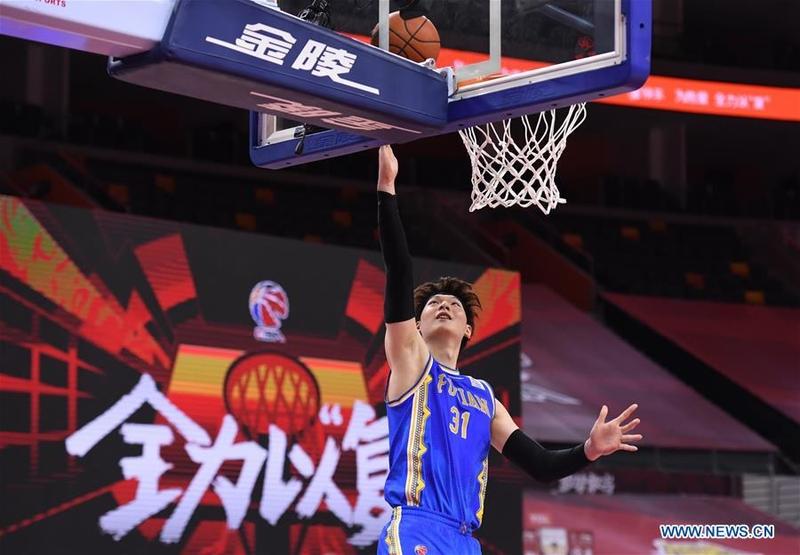 With five points from Ty Lawson, Fujian launched a 9-5 run at the very beginning of the match and grabbed a six-point lead in the first quarter.

The Sturgeons started a 10-0 run in the second quarter and expanded their advantage to 10 points.

After Gu Quan scored four points in a row, Shenzhen narrowed the gap to four points in the third quarter, though Kamiran Sdkjan and Lawson's three-pointers helped Fujian continue to hold the lead.

Relying on 2.14-meter-tall center Wang Zhelin's ruling power inside, Fujian enlarged the gap to as many as 20 points in the final quarter to see out the game.

"It is a pity that we lost the game. We had too many offensive turnovers and missed 16 offensive rebounds, which led to our defeat," said Wang Jianjun, coach of Shenzhen.

"This is a key game for teams fighting for the playoffs, and last time we won over Shenzhen by more than 40 points. It was different today, but we still won the game. Congratulations to my team," said Fujian coach Aleksandar Kesar.