US sanctions won't shake Beijing's will to ensure national security 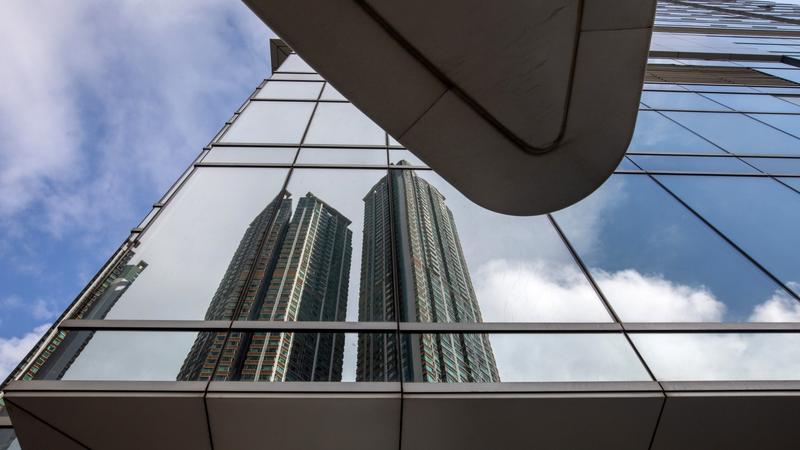 Residential buildings are reflected in a window near the West Kowloon station in Hong Kong, China, on May 6, 2020. (PHOTO / BLOOMBERG)

BEIJING - The US Commerce Department declared on Monday that it has revoked Hong Kong's "special status" and suspended "preferential treatment" of the Chinese city, including export license exceptions.

Washington's latest move under the disguise of worrying about the city's "autonomy" is but another example of flagrant interference in China's internal affairs, and has once again exposed the hegemonic nature of the world's sole superpower.

It is not the first time the current US administration has sought to use Hong Kong to slow China's development and contain the Asian country. Yet no matter what, Washington will in no way shake Beijing's determination to safeguard China's national security interests.

Yet no matter what, Washington will in no way shake Beijing's determination to safeguard China's national security interests

For starters, decision-makers in the White House should realize that they are in no position to decide whether Hong Kong enjoys a high level of autonomy.

They should also realize the fact that Hong Kong's special economic status as a separate customs territory is not granted or gifted by any specific country, but has its legal basis in World Trade Organization (WTO) agreements, and is protected by the Basic Law and recognized by other WTO members.

Since it returned to China in 1997, Hong Kong, under the "one country, two systems" principle and a high degree of autonomy, has further consolidated its status as a leading international financial and global trading center. It has the busiest free commercial ports in the world and became the world's top initial public offering market in 2018.

The city's huge economic and trade accomplishments should be mainly attributed to a combination of factors including its unique advantages, active engagement with the Chinese mainland, the world's second largest economy, as well as China's continous efforts to reform and open up.

Moreover, the United States has been a major beneficiary of a stable and prosperous Hong Kong. And it has more to lose by revoking the city's special customs status.

By trading with Hong Kong, the United States has raked in nearly US$300 billion of surplus during the past decade, while Hong Kong's locally manufactured goods bound to America only account for 0.1 percent of its total exports.

By trading with Hong Kong, the United States has raked in nearly US$300 billion of surplus during the past decade, while Hong Kong's locally manufactured goods bound to America only account for 0.1 percent of its total exports

Meanwhile, US goods and services exports to Hong Kong, along with Hong Kong's direct investment in the United States, have generated more than 210,000 jobs in the country. Washington's every plot to damage Hong Kong's role as a global financial center will ultimately boomerang and hurt America's huge interests there.

Most importantly, Beijing will not change its course of action to end chaos and violence in Hong Kong, protect national security and preserve the country's sacred territorial integrity and sovereign rights simply because of US pressure.

The national security law that targets a tiny minority of people who commit acts of secession, subversion and terrorism, and aims to protect the legitimate rights of the vast majority including law-biding citizens and companies, could not be better to safeguard Hong Kong's stability and development in the long run.

In fact, Beijing is trying to protect the interests of foreign investors in Hong Kong, including those of American businesses. The turbulence since last June has seriously eroded the city's security and harmed its sound and stable business environment.

Washington should not underrate or misjudge the unswerving determination of Beijing and the Chinese people to safeguard China's sovereignty and security, as well as their strong commitments to backing the development and prosperity of Hong Kong; otherwise, US interventionists will only shoot themselves in the foot.