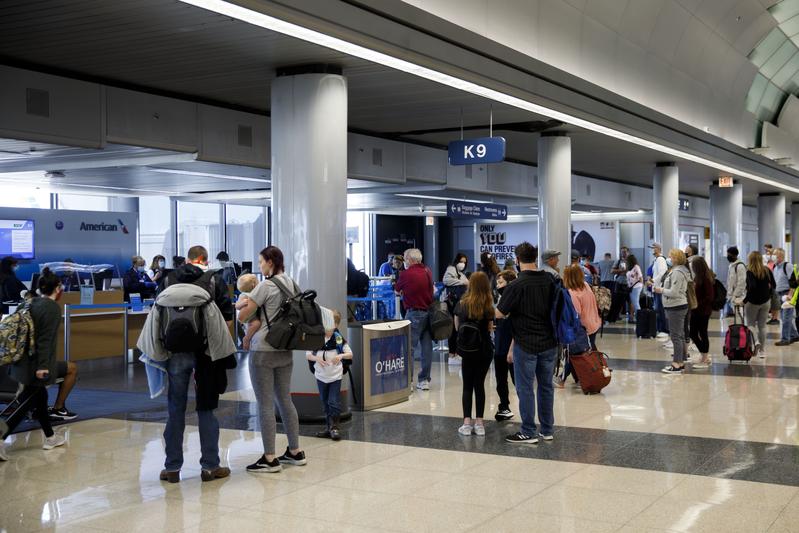 Passengers wearing protective masks gather in the American Airlines Group Inc. area at O'Hare International Airport (ORD) in Chicago, Illinois, US, on June 13, 2020. The market for jet fuel, along with an increase in flight bookings since early May, is signaling that at least some Americans are ready to take to the skies again after foregoing the pleasures of travel. (PATRICK T. FALLON / BLOOMBERG)

Airlines this week added the most seats since the coronavirus outbreak began, spurred by expectations that demand will increase during the Northern Hemisphere summer and after the safe travel corridors are created, according to OAG Aviation Worldwide. 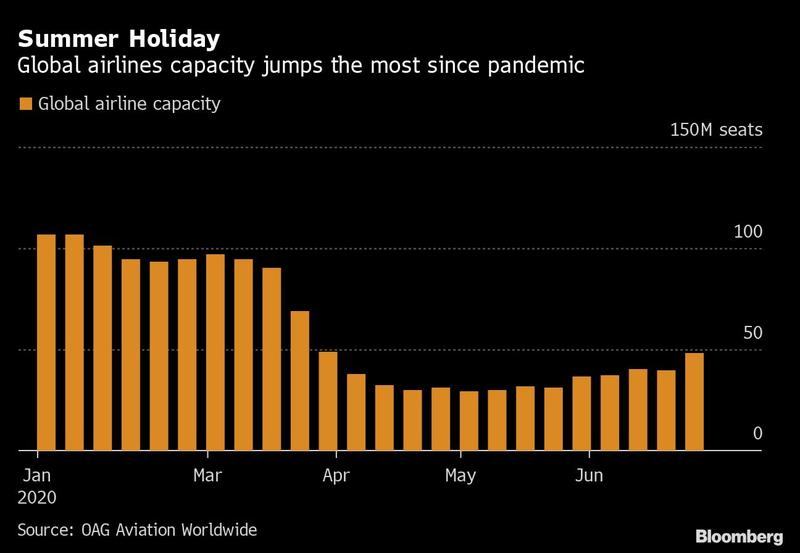 “The arrival of July and the summer season has a feeling of optimism at last for the aviation industry,” Grant wrote in his weekly blog. “Talk of travel corridors from the UK over the weekend resulted in a surge of booking activity.”

Grant cautioned that there could be a high rate of cancellations, however, as airlines wait for demand to respond to the increased seat numbers.

Some regional markets have capacity back to at least 25 percent of their levels in January, and the overall number of scheduled seats is 41 percent of the same week last year, Grant said.

READ MORE: Europe sets out to rescue the summer

China has bounced back from the lockdown in Beijing, with nearly 1 million seats added this week, he said. Chinese domestic capacity is 86 percent of pre-pandemic levels.