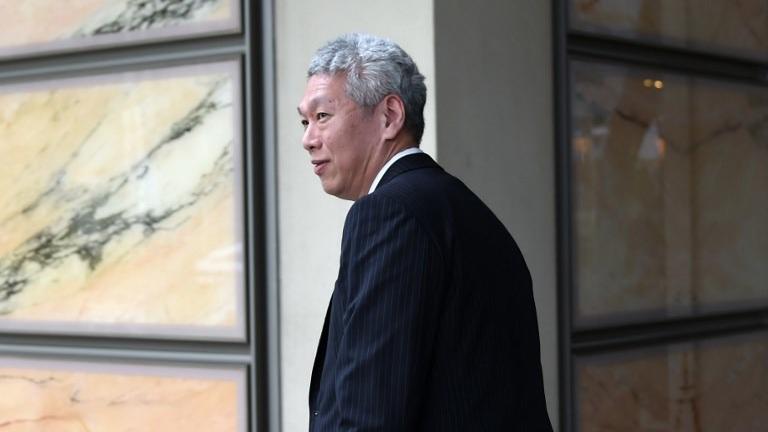 Singapore Prime Minister Lee Hsien Loong’s estranged brother won’t stand in the July 10 election, removing a potential obstacle for the ruling party as it seeks to retain its 55-year grip on power.

I have chosen not to stand for political office because I believe Singapore does not need another Lee.

“I have chosen not to stand for political office because I believe Singapore does not need another Lee,” he said in a Facebook post after the nomination deadline passed. “I do not seek power, prestige or financial rewards of political office. I hope to be a catalyst for change.”

The younger Lee’s announcement as the nine-day election campaign kicked off Tuesday deflated the hype built up after he joined the opposition Progress Singapore Party. The move fanned expectations he could stand as a candidate against the incumbent People’s Action Party, which has won every contest since independence in 1965.

“This makes the campaign less about the family and personal issues and more about the country’s future,” said Bridget Welsh, honorary research associate at the Asia Research Institute, University of Nottingham Malaysia. “He has more capital outside than as a candidate. It is a very steep hill to climb to victory in Singapore and his chances of winning were low.”

While Singapore doesn’t allow opinion polls, most analysts expect the PAP to easily win again in a race that will see all 93 seats contested by at least two parties for just the second time. Still, any narrowing of its victory margin could reflect an erosion of confidence in its new generation of leaders, particularly regarding how they are handling the pandemic.

Singapore’s current opposition leader Pritam Singh wasn’t optimistic. The head of the Workers’ Party warned the opposition could suffer a “wipeout” in the vote.

“It took us 16 years before one seat fell to the opposition,” Singh said on Tuesday. “So it’s an uphill battle, it is going to be a difficult fight.”

Despite declining to run himself, Lee, 62, will campaign against the ruling party co-founded and built up by his father Lee Kuan Yew, the nation’s founding prime minister, which his older brother now leads. The siblings have been sparring over the estate of their father since his death in 2015, and the rivalry has spilled over into other conflicts embroiling the younger Lee’s wife and son.

‘Fighting for every vote’

Prime Minister Lee said Tuesday that his brother is entitled to speak like anybody else, and the public will “assess which ones are worth listening to, which ones make sense.”

“We’re fighting for every vote,” Lee said in a doorstop with reporters after his candidacy was accepted. “It’s a general election for the most important issues concerning the country at a moment of crisis.”

Campaigning ahead of the July 10 vote will likely focus on Singapore’s response to Covid-19 and its economic fallout. The PAP’s election manifesto hails its ability to steer the country through the coronavirus crisis, while numerous opposition parties will surface issues such as the expected increase in the goods-and-services tax and retrenchment insurance.

Lee Hsien Loong has signaled his intent to make way for his successor ahead of turning 70 in 2022, and that’s widely expected to be current Deputy Prime Minister and Finance Minister Heng Swee Keat. While the prime minister has largely avoided government scandals since he took office in 2004, the family drama has been brewing in recent years.

The siblings have clashed over Lee Kuan Yew’s will, and in particular, his famous Oxley Road house. Lee Hsien Yang’s wife is in a legal tussle over accusations that she mishandled the will, and his son -- an assistant professor of economics at Harvard University -- faces a court charge for disparaging remarks about the judicial system that were posted on a private Facebook post.

This will be the first election for the Progress Singapore Party, which was founded last year by former ruling party members who became disgruntled with the government.

The party, led by Tan Cheng Bock, a former PAP lawmaker and presidential candidate, must be “careful that its campaign does not get derailed by unnecessary attention on the younger Lee, whose involvement in the campaign could result in his being larger than life” and eclipsing its key campaign messages, said Eugene Tan, a political analyst and law professor at Singapore Management University.