Sampling the specialties of Santorini 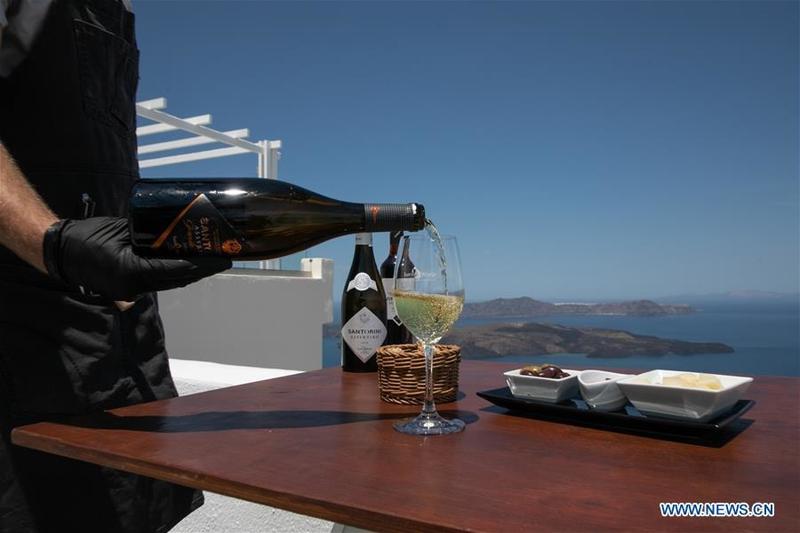 SANTORINI, Greece－On the southern and eastern slopes of the Santorini volcano in the south Aegean Sea, away from the swarms of tourists who huddle for a view of the caldera, low vineyards stretch out to the waves, painting the rough landscape with vivid splashes of green.

Santorini's ancient wine industry is world-famous, since the island produces a range of wines from dozens of Greek grape varieties, principally Assyrtiko.

"Santorini has a small production but gives very special crops," Stavros Pelekanos says during a break from tending his vines.

The 49-year-old continues his family's tradition. He grows the local Assyrtiko variety using the same methods people on this island have used for the past 3,500 years. 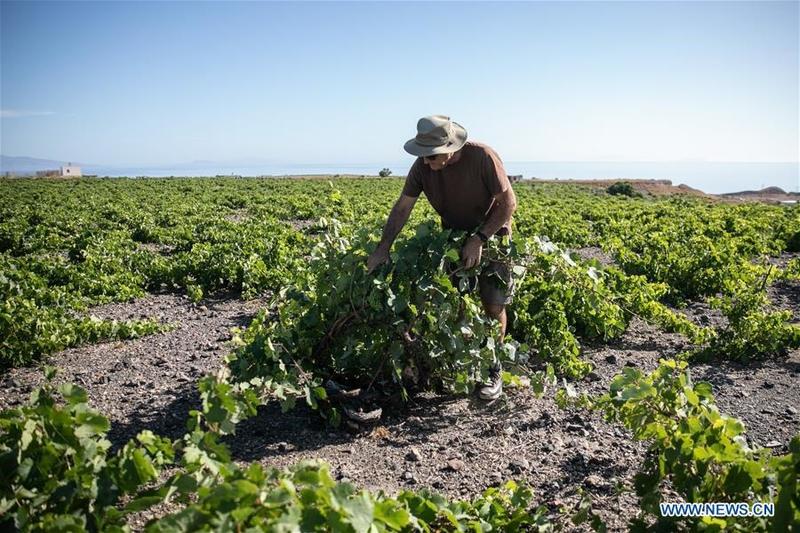 He doesn't water his vines, as the volcanic soil offers all the minerals they need. And he prunes them in a round, basket-like shape to protect the grapes from the sun and strong winds.

Santorini cherry tomatoes, or tomataki as locals call them, stand out for their ridged skin, very small size and full flavor. They can be consumed fresh or in a dried-tomato paste. University of Athens research has found the Santorinian tomataki has a remarkably high concentration of the antioxidant lycopene, which helps prevent certain types of cancer. 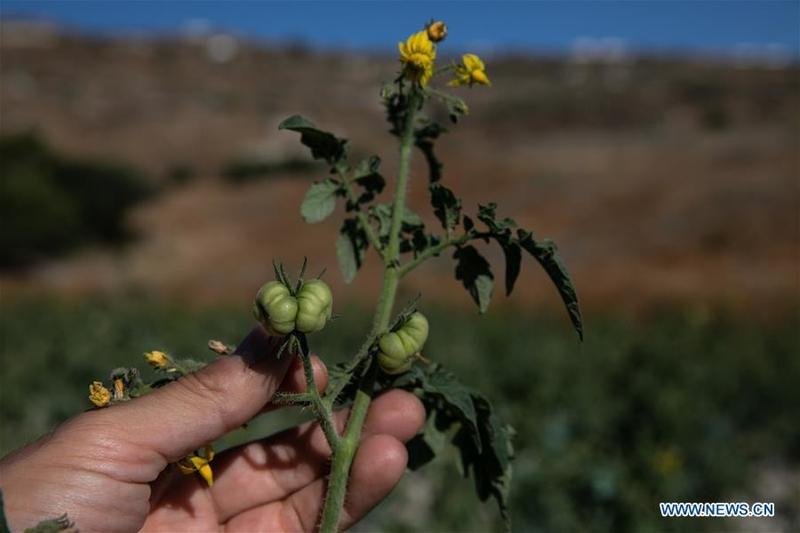 Fava, on the other hand, is a kind of the legume Lathyrus clymenum only cultivated on Santorini. It's known for its velvety texture and sweet, earthy taste.

Clay pots unearthed during excavations at the prehistoric settlement of Akrotiri, which was destroyed by a volcanic eruption around 1500 BC, were found to contain residue of fava, whose genetic material was identical to the fava cultivated today on Santorini.

Santorini was born through a series of volcanic eruptions, the first dating back thousands of years. These eruptions endowed the island not only with its dramatic, world-famous caldera in the west but also with a very rich subsoil and a micro-climate in the east that gives produce special flavors. 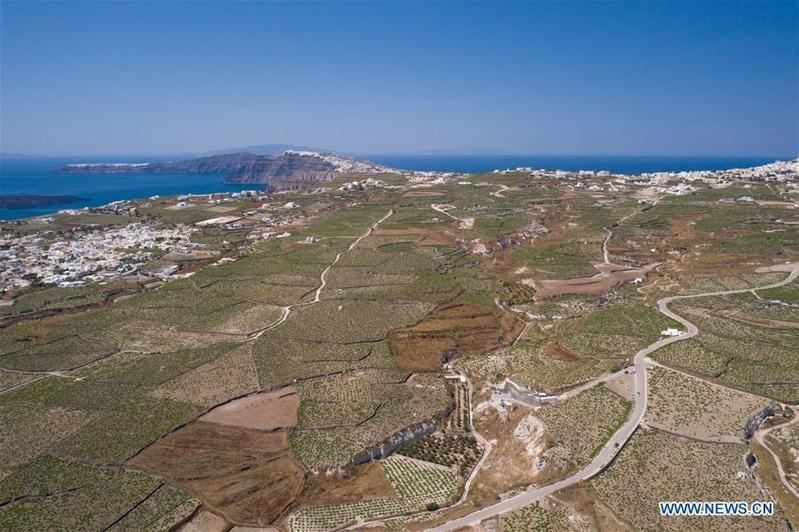 Santo Wines' winery welcomes over 500,000 visitors from around the world a year, offering tours, food and wine tastings.

"Santorini might be famous for its sunsets and stunning views of the caldera, but it also has another, more charming aspect," Kasiola says.

"What we want to offer our visitors is this unique wine and gastronomic experience, enriching their overall experience of the island."

The king of Santorinian products is wine, which comes from three local white grape varieties－Assyrtiko, Atheri and Aidani.

"The basic characteristic of fresh Santorinian wine is the minerals it's given by the … volcanic soil and the saltiness－a salty aftertaste because we are in the middle of the Aegean Sea, and this affects the vineyards," Kasiola explains. 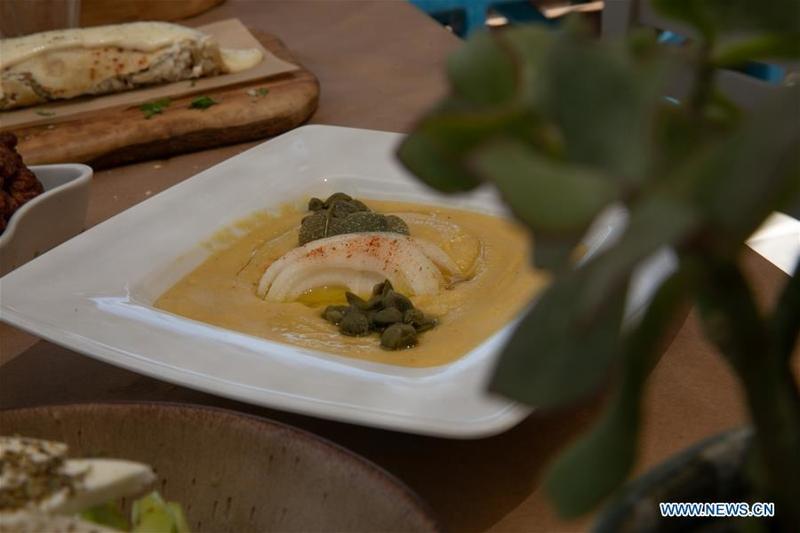 Santo Wines produces about 500,000 bottles a year, 30 percent of which are exported, mainly to North America and central Europe. Santo Wines is also taking further steps to enter the Chinese market.

"Many of the Chinese who visit us all year－which is very important for us－love the wines and especially Vinsanto, a sweet wine made of sun-dried Assyrtiko grapes, as well as tomato pastes," Kasiola says.

"Everyone here has a vineyard, and they don't let it go. They try to keep it alive, clean ... but only for extra income," he says. 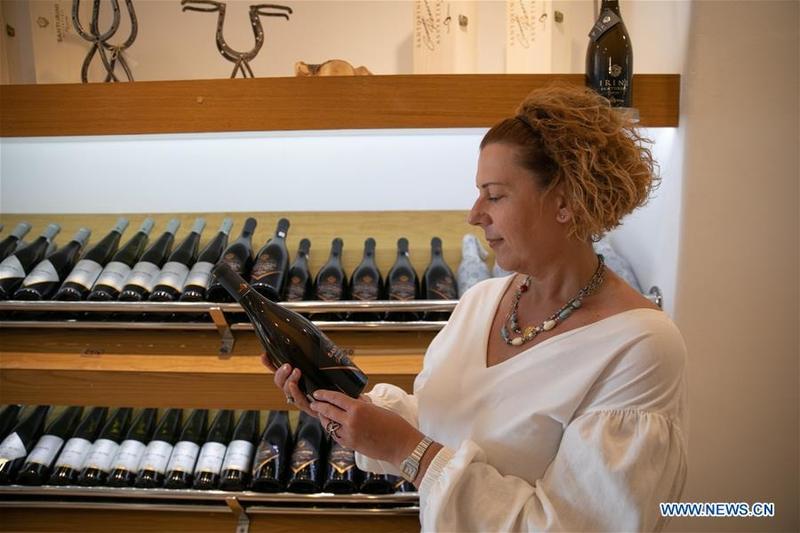 After a massive tourism boom in the 1970s, Santorini has turned from a rather poor, agricultural island into a tourism flagship.

But some locals also point out that, while this development has yielded very high profits to residents who've abandoned their crops, it threatens the preservation of the agricultural heritage and character of the island.

Local institutions now say that tourism and agriculture can grow hand-in-hand rather than in rivalry.

"We have realized that this collaboration between agricultural production and tourism is the only way for both sectors to develop in a sustainable way," Kasiola says.