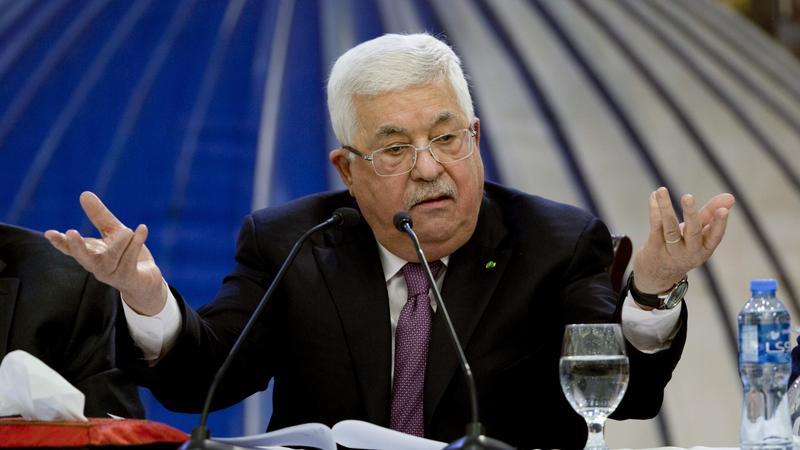 Palestinian President Mahmoud Abbas speaks after a meeting of the Palestinian leadership in the West Bank city of Ramallah, Jan 22, 2020. (Majdi Mohammed / AP)

RAMALLAH - Palestinian President Mahmoud Abbas said on Monday that Palestine rejects the Israeli plan of annexing parts of the West Bank, whether it is partial or complete.

The Swiss president said Switzerland opposes any unilateral actions or any changes that violate international law and the international legitimacy, and called on Israel and the Palestinians to dialogue

Abbas's announcement was made in a telephone conversation with Simonetta Sommaruga, president of the Swiss Confederation, the official WAFA news agency reported.

ALSO READ: Israel urged to give up annexation plans

According to the report, Abbas stressed that the Palestinians reject the US Mideast peace plan, adding that it violates all the international resolutions.

The Swiss president said Switzerland opposes any unilateral actions or any changes that violate international law and the international legitimacy, and called on Israel and the Palestinians to dialogue.

Sommaruga told Abbas that her country will continue providing support to the United Nations Relief and Works Agency for Palestine Refugees in the Near East, mainly in the field of health to combat the coronavirus pandemic.

"The Israeli annexation plan threatens the existence of the Palestinian people and their just cause and also threatens security and stability in the region," Ishtaye said during an online meeting with 40 British lawmakers

The Israeli government is planning to annex more than 30 percent of the West Bank, including the Jordan Valley. It also plans to impose sovereignty on several Israeli settlements in the territory.

Tension between the two sides has mounted after Israeli Prime Minister Benjamin Netanyahu announced that his annexation plan will be implemented on July 1.