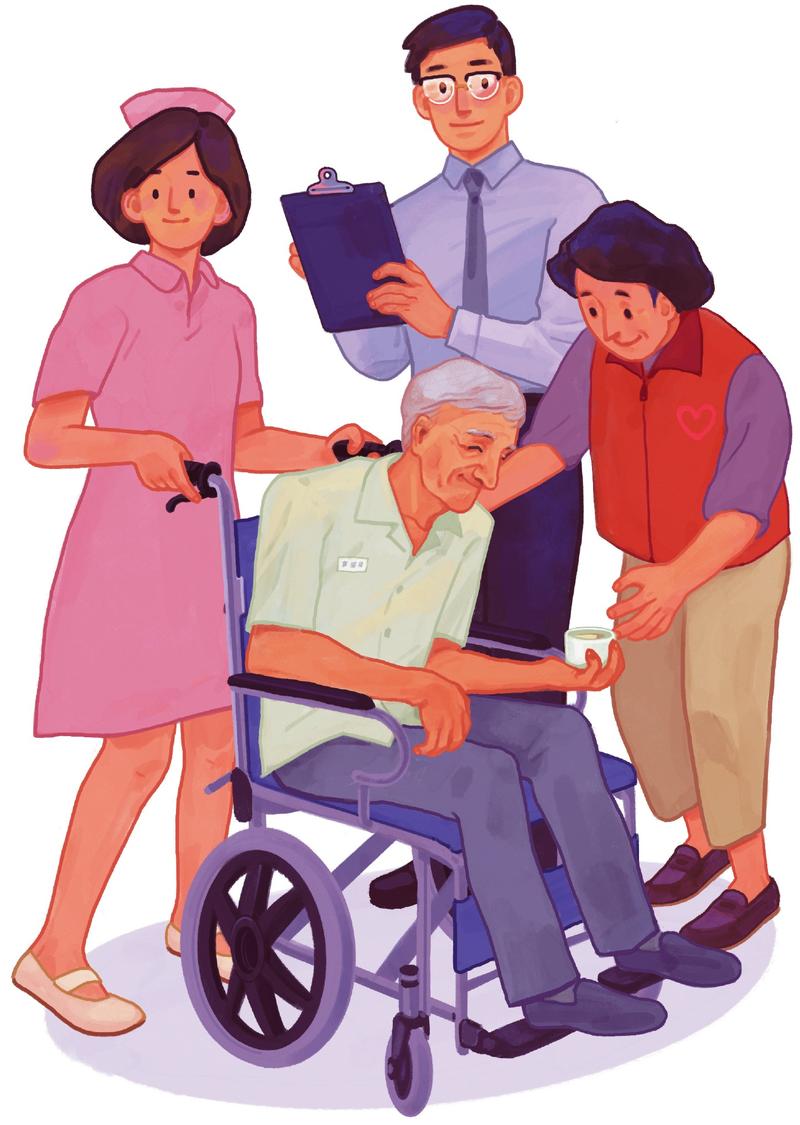 In December 2017, an online post sparked sympathy and provoked discussion about the hardships faced by a growing number of seniors in China.

A short video showed an 85-year-old man in Tianjin's Nankai district taping strips of paper to a bus station stand.

The strips read: "Lonely, strong-bodied man in his 80s. No chronic diseases. Can do housework. Retired from a research institute on a monthly pension of 6,000 yuan (US$842). Not going to an elderly care home. Hope a kind-hearted person or family will adopt me and bury me when I die."

Having endured years of loneliness after his wife died and his son moved overseas, the senior had put himself up for adoption.

However, lawyers said that rather than looking for an adoption agreement－currently restricted to people age 14 and younger, but rising to 18 when the Civil Code comes into force next year－the man should have been seeking a legacy support agreement.

The Law of Succession of the People's Republic of China, which came into effect in October 1985, stipulates that a person may enter into a legacy support agreement with an individual who is not a legal heir or with an organization under collective ownership.

The cosignatory assumes the responsibility of supporting the senior and attending to the interment of their ashes after death in return for the right to inherit the deceased person's estate.

China has a rapidly aging population and a falling birth rate. That has resulted in a growing number of seniors considering various methods of elderly care beyond the tradition of depending on their children. Signing a legacy support agreement is increasingly one of the options.

The need for new approaches to senior care is reflected in the country's first Civil Code, which was adopted by the National People's Congress, the top legislative body, on May 28.

The code has broadened the categories of people who can offer support and care in exchange for the right to claim an inheritance. It states that such an agreement can be signed between a person and any organization or individual who is not a legal inheritor.

"Under the new code, nursing homes and charities－both publicly and privately funded－are entitled to sign legacy support agreements with seniors. Individuals who work for neighborhood committees or social organizations are also eligible to receive bequests from people they have looked after," said Fan Lijun, a professor with the School of Humanities and Law at Beijing University of Chemical Technology.

Fan added that by scrapping some limitations, the application of the legacy support agreement system will be bolstered to satisfy the demands of society and facilitate the development of hybrid modes of senior care.

Shen Chunyao, director of the Legislative Affairs Commission of the Standing Committee of the NPC, said the Civil Code has adequately broadened the category of providers in legacy support agreements to meet the different demands of senior citizens and foster the development of the elderly care sector.

Experts said legacy support agreements stem from a long-standing policy that is widely deployed in rural China as a way of strengthening the social safety net for seniors who live alone.

Rural residents who are not supported by family members and have to rely solely on social relief benefit are eligible to access the Rural Program of Five Guarantees, which ensures the provision of food, clothing, housing, medical care and burial expenses.

"The contract that enlists people in need into the (five guarantees) system created the basic form of the contemporary legacy support agreement," Fan said.

While the use of the five guarantees has dwindled in the countryside due to the establishment of welfare institutions funded by village committees or other collective organizations, the idea of leaving one's effects to a trustworthy individual who will provide care has gradually spread to urban areas.

"In recent years, some seniors have decided to select a family member who is not eligible to inherit in the normal course of events (such as a grandchild) or a friend to sign such an agreement. The number of such cases is bound to rise in the future, given that Chinese families are shrinking in size and the pace of aging is accelerating," Fan said.

The National Bureau of Statistics said that more than 253 million people in China were age 60 or older by the end of last year, accounting for 18.1 percent of the population.

According to the UN, a country is classified as "aging" when the proportion of people aged 60 or older exceeds 10 percent. By that definition, China entered its "aging era" as early as 1999.

Meanwhile, a report released last year by the China National Committee on Aging predicted that by 2050, more than one-third of Chinese citizens will be older than 60.

Wu Guoping, a professor at Fujian Jiangxia University and a member of the China Law Society's Civil Law Research Association, said research shows that the proportion of "empty-nest" seniors－those left at home alone because they have no children, or because their children have died or moved away－has reached 50 percent in urban areas.

"The country has grown old before it has grown rich－meaning that many households cannot afford high-quality, commercial elderly care services. Meanwhile, the promotion of community-based senior care is really proceeding at a languid pace," he said.

Wu believes that family-based elderly care is likely to play a dominant role for a long time and additional mechanisms, such as legacy support agreements, will only assist seniors who have no children to rely on.

"Such agreements will be a reliable way for seniors to secure satisfactory care after retirement and will also ease the burden on local governments," he said.

According to a survey conducted by Southwest University of Political Science and Law in Chongqing about 10 years ago, at least 67 percent of more than 4,000 residents questioned in Beijing, Chongqing, Wuhan, Hubei province, and in Shandong province, said they were willing to accept contract-based elderly care.

Fan said the high acceptance rate is spurred by a sense of security generated by signing a contract that lays out equal rights and equal responsibilities. People are also drawn by having the freedom to choose who will take care of them.

Zhu Ruilei, a lawyer with the Yingke Law Firm in Beijing, said he has attended dozens of law promotion events in Beijing that target the senior population.

"Most seniors have heard of legacy support agreements, and I have helped draft a number of documents, usually for people with no children or whose children have passed away in accidents or have drifted away," he said.

Yao Zhidou, a lawyer at the Jingshi Law Firm in Beijing, said there were usually two motives behind legacy support agreements.

"I once wrote an agreement for a senior who bequeathed everything to his grandson (who would not normally be allowed to inherit), which was motivated by familial bonds. Another case involved an elderly man who gifted his real estate to a caregiver who had looked after him for two decades," he said.

He added that in urban areas, purchasing real estate as an assurance for aged care is gaining popularity.

"This trend can be integrated with a legacy support agreement to tap its potential to relieve the care burden for seniors, which is currently being shouldered by local governments or children," he said.

"Selling an apartment does not sound foolproof, but with an increasing number of nursing homes in urban areas, seniors might be more willing to exchange their property with nursing homes to obtain better services."

However, he noted that the number of legacy support agreements remains extremely low.

"For every 100 seniors who die, probably 10 will make wills and only one or two will choose to write a legacy support agreement," Yao said.

Fang Jiake, vice-chairman of the Tianjin Hetong Elderly Welfare Association, recalled that about a decade ago some elderly people donated their savings to nursing homes to show their appreciation of the caregivers.

"What they did seemed to be akin to the so-called legacy support agreement, compelled by genuine gratitude for the care they had received. But such heartfelt exchanges have been rare in recent years," he said.

To tap the full potential of the legacy support model, experts have called for more regulations to improve the relevant legal framework and facilitate implementation.

"The standards outlining the kind of support that should be provided and rules about how to list assets in an agreement are all missing. More regulations are needed before we can say that such a model has been fully considered in our legal system," he said.

"The more significant problem with this approach to elderly care is that it presumes seniors will have obtained sufficient capital to fund care services when they reach retirement. However, most seniors who live alone do not have many possessions."

Fan, from Beijing University of Chemical Technology, suggested that legal heirs be included in the pool of potential care providers, in accordance with the tradition that close family members will remain first in line to care for elderly relatives.