By Li Yang in Beijing and Pei Pei in Shenzhen 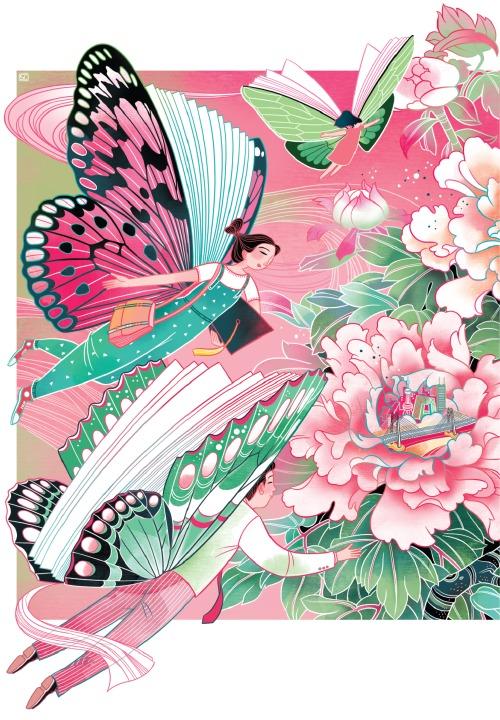 That Chinese cities have been competing with each other for investment is no news, but Chinese cities competing to attract workers is. The competition for investment among cities began more than 40 years ago with the launch of reform and opening-up, but the competition for workers became evident only in 2017, about a decade after China reached the Lewisian turning point－the point at which excess labor in the subsistence sector is absorbed into the modern sector and when further capital accumulation begins to increase wages.

More than 60 cities, from first-tier cities such as Shenzhen and Shanghai to second-tier ones like Xi'an and Chengdu have been trying, if not competing, to attract workers, especially exceptional talents and skilled workers, since 2014 when the central authorities asked local governments to reform their hukou, or household registration, system to enable migrant workers to receive the same social benefits that urban residents enjoy.

However, the hukou reform seems to be tilted in favor of college graduates, particularly those majoring in subjects which are high in demand for industrial upgrading. At least five cities, including Changsha and Nanjing, have announced plans to attract at least 1 million young talents, mainly college graduates, in five years since 2017 or 2018.

The talent competition should not necessarily be a zero-sum game, and cities should try to deepen cooperation with their neighboring cities, and improve their public services and business environment, which will automatically marshal newcomers.

A look at different cities' new talent policies shows not only their exigency to instill fresh blood into their enterprises and industrial parks, but also their need to attract young people to counterbalance the effects of a fast aging society. Beijing and Shanghai, for instance, are focusing on attracting high-end talents, especially in technology innovation and finance sectors, from abroad by granting their spouses and children local hukou, while Wuhan, Chengdu and Tianjin are mainly targeting college graduates, as well as overseas talents, and Zhengzhou, Shenyang, Xi'an and Hohhot have lowered their threshold to include graduates of secondary-level special and technical schools in their list of required talents, in order to attract skilled workers and technicians.

An important part of the cities' competition is in housing subsidy－subsidy for both housing rental and buying a house. Cities such as Xi'an and Chengdu have raised the housing subsidy several times so as to not fall behind in the competition. In fact, almost all of these cities' governments have built subsided housing for the new talents they intend to attract.

Cheng Haiyue, employed with a drone-manufacturing company in Shenzhen, has kept his Shanghai hukou in the city where he graduated from college and got his first job. "Shanghai hukou is more difficult to get and thus more valuable. But Shenzhen has better job prospects and, more importantly, offers subsidy for housing rental," Cheng told South Reviews recently.

Other tools local governments are employing to attract fresh talents include venture capital or start-up subsidies, and tax cuts or exemptions on personal income and business revenue.

Yet young talents are taking into consideration multiple factors before choosing a city for hukou. Zhang Siyu, general manager of a consultancy firm in Xi'an, said the main reason he chose the city after graduating from a university in the United Kingdom is its development space based on its strengths in policy, science and technology, and position as a hub connecting the vast hinterland of western China with eastern China.

Thanks to their open-door policies, the numbers of newcomers to Shenzhen, Xi'an, Chengdu, Wuhan and Tianjin have seen a sharp rise since 2017. For instance, Shenzhen's population has risen by about half a million since 2017, making it the biggest winner in the talent competition. "She is young, and adventurous," is how Zhang Hui, a researcher in remote sensing technology, describes Shenzhen. Zhang, with a doctorate's degree in geography from neighboring Guangzhou, works for a government-run institute in Shenzhen.

Although it is a stable job, Zhang always keeps an eye on recruitment websites. "Unlike elsewhere in the country where iron-bowl jobs are valued, here in Shenzhen the good job is always the next one, as there are always new opportunities," Zhang said.

Unlike Zhang, Yang Jingmin, a researcher in international politics who quit a Beijing-based think tank after three years to join a university in Shenzhen as a researcher, was attracted by the "comfortable living environment, mild climate and the city's thirst for talents". Yang, who too holds a doctorate's degree, said it is easy to obtain a hukou here, but very difficult in Beijing.

Experts say China's rapidly aging population is the main reason behind the talent competition. According to official data, people above 60 accounted for about 18 percent of China's total population last year－the figure is expected to reach nearly 30 percent in about two decades.

The other factor driving the competition is the local governments' need to maintain, if not continuously boost land prices, as land revenue accounts for about 60-70 percent of their general income. The equation is simple: the higher the number of young people rushing into a city, the higher will be the demand for housing and the easier it will be to raise housing prices. This means higher land revenue for local governments, which they need to take care of local residents, including elderly people. The rise in housing prices in those cities testifies to the equation. For instance, housing prices in Shenzhen have almost doubled over the past five years－hitting 65,516 yuan (US$9,445) per square meter last year, up 8.65 percent from 2018, the highest in the country.

As such, every penny spent on attracting young talents and skilled workers from outside would be well worth it. Not to mention the added value of the newcomers which can be transformed into higher productivity, innovation and efficiency, and thus consumption power and tax revenue.

The flow of talents into these cities will further accelerate the growth of city clusters, or megacities. And as Ren Zeping, chief economist with Evergrande Group, said, China will have at least 10 cities of the level of Beijing, Shanghai, Guangzhou and Shenzhen in the near future. He added that urbanization is in line with the needs of economic restructuring as growth relies more on consumption and innovation. Yet he advised the local governments to not pin their hope of boosting land and housing prices on the newcomers, as it would not be sustainable in the long run. Other experts, too, warn that the cities are obliged to take better care of migrant workers and grant them the long overdue urban social benefits.

Qu Jian, deputy director of China Development Institute, said that the development of cities cannot be sustained only by attracting high-end talents; balanced urban development depends on a comprehensive talent system. So Qu urged the cities to attract more workers with different skills for their sustained and sustainable development, and to strengthen people's sense of belonging.

Ren added that, "the talent competition should not necessarily be a zero-sum game, and cities should try to deepen cooperation with their neighboring cities, and improve their public services and business environment, which will automatically marshal newcomers."

The novel coronavirus outbreak has highlighted the importance of transforming the inter-city competition into an inter-city coordination to establish a network of public services and emergency response systems, experts say.

Yet Li Tie, chief economist with the China Center for Urban Development, said there will not be win-win competition or proper coordination among cities so long as the administrative system remains divided from city to city, because big cities have greater capability and more resources than small and medium-sized ones to attract talents and invest in projects. "The expansion of megacities certainly comes at the cost of the smaller ones," Li said, "let alone the hollowing out of the countryside."

While China has vowed to turn another 100 million migrant workers and college graduates into urban residents this year－the country's urbanization rate has risen from 50 percent to 60 percent over the past decade－experts say there should be a cap on the explosive population growth in megacities given the limited land and water resources under their jurisdiction, and curing urban illnesses such as traffic jams and pollution should get more attention.