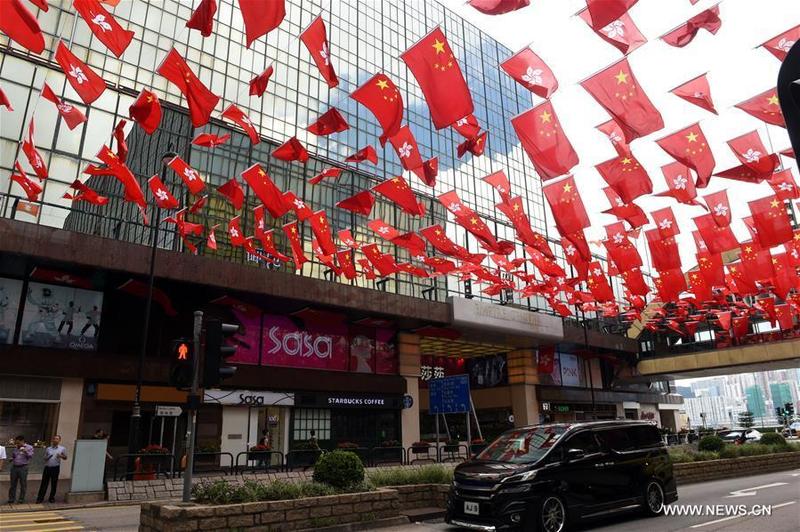 HONG KONG - As China's top legislature started the deliberation over a draft decision on establishing and improving the legal system and enforcement mechanisms for the Hong Kong Special Administrative Region (HKSAR) to safeguard national security, some Western countries and politicians are repeating old slanderous claims against China.

They demonized China's move as a "death knell" for and a "comprehensive assault" on the HKSAR's high degree of autonomy, asserting that the legislation would undermine the principle of "one country, two systems" and pressed China to "respect the rights and freedoms" of Hong Kong.

Such remarks stand totally contrary to the facts and legal principles and have no credibility at all. The legislation is actually a strong safeguard for Hong Kong's long-term stability and prosperity.

Hong Kong must not be turned into an independent or semi-independent political entity, nor can it be used as a base for secession, subversion, infiltration and sabotage against China

Some Western anti-China forces had colluded with Hong Kong's rioters in attempts to disrupt the city and antagonize China, challenging the bottom line of the "one country, two systems" principle.

The escalation of violence and terrorist activities in Hong Kong have undermined the homeland, political and public security in Hong Kong and threatened its rule of law and the lives and property of Hong Kong residents.

The United States signed the so-called Hong Kong Human Rights and Democracy Act of 2019 into law in November last year, stepping up its interference in China's Hong Kong affairs.

The activities of overseas forces to meddle in Hong Kong affairs are among the very targets of the national security legislation for Hong Kong.

However, Hong Kong must not be turned into an independent or semi-independent political entity, nor can it be used as a base for secession, subversion, infiltration and sabotage against China.

Safeguarding national security is a responsibility that cannot be shirked or avoided by any government. National security safeguards the well-being of the more than 7 million residents of Hong Kong and creates the secure and harmonious environment necessary for Hong Kong's economic and social progress.

For some Western countries and politicians, it is better to exercise caution in their words and deeds and refrain from undermining China's national security and Hong Kong's prosperity.