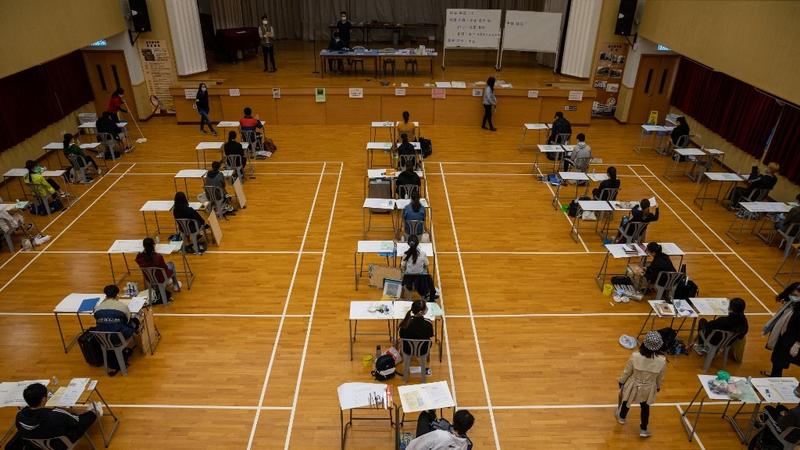 The move came after a barrage of criticism was levelled at the question for misleading students about the history related to Japan's invasion of China during the first half of the 20th century.

The Hong Kong Examinations and Assessment Authority said the question will also be removed from its question bank so that it would not be used in other papers in the future.

Candidates involved will be given a score on the question based on their overall performance in the same paper, the HKEAA said.

From the assessment point of view, for a question with serious faults in design, you cannot come up with a reliable, objective marking scheme to differentiate students

Speaking on a radio program on Saturday, Hong Kong's education chief Kevin Yeung Yun-hung said the question has serious faults and will not yield a fair assessment of students.

"From the assessment point of view, for a question with serious faults in design, you cannot come up with a reliable, objective marking scheme to differentiate students," Yeung said.

The Hong Kong Diploma of Secondary Education exam had a question about whether Japan did more good than harm in China between 1900 and 1945, asking examinees to express and support their opinion with reference to two excerpts and their knowledge.

One of the excerpts was a 1905 article by a Japanese educator describing the arrangement to teach Chinese students law and politics. The other excerpt cited parts of a 1912 letter from a then Chinese revolutionary leader to a Japanese politician seeking financial help, as well as a one-year loan contract in 1912 by a Japanese company to China.

The question caused a public outcry for misleading students with biased materials.

Hong Kong Chief Executive Carrie Lam Cheng Yuet-ngor said the controversial question is a professional mistake and the government has launched an investigation into the matter.