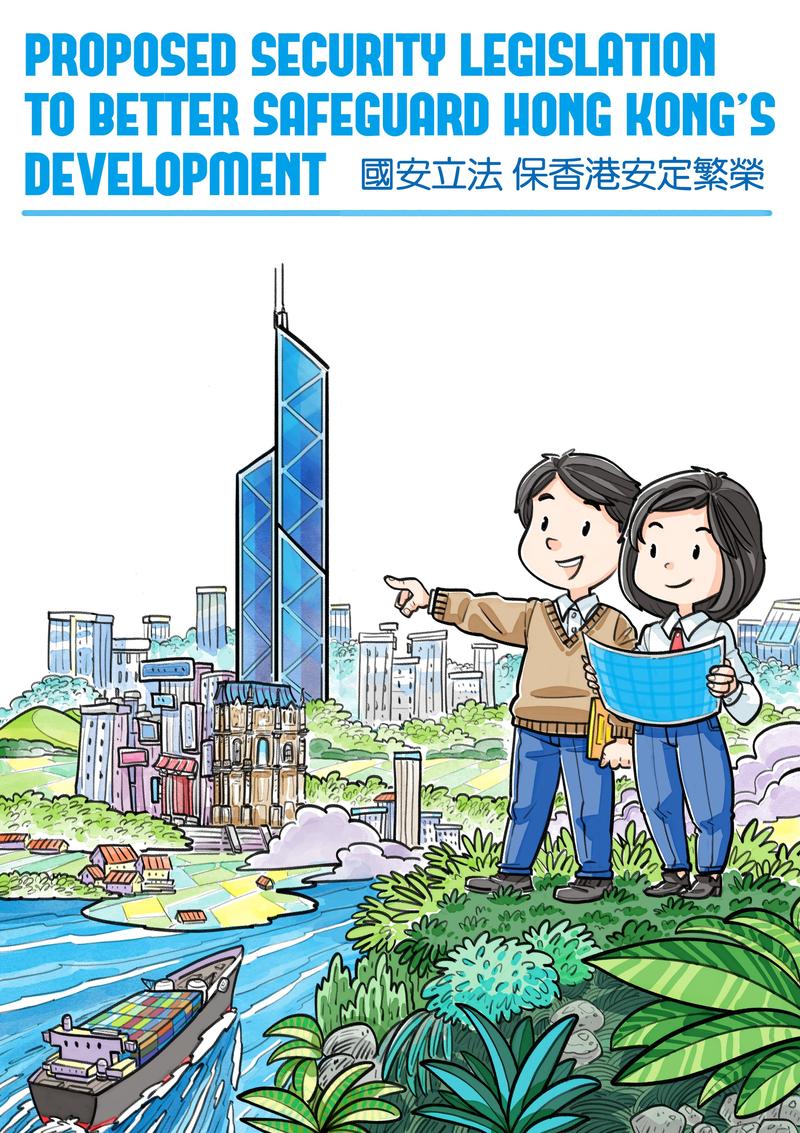 The draft decision of the National People's Congress, China's top legislature, to enact a law to fix a national security loophole in the Hong Kong Special Administrative Region is a long overdue move.

Safeguarding national sovereignty, security and development interests, together with ensuring the SAR's long-term prosperity and stability, is the very intention and philosophy of "one country, two systems". It is the SAR's constitutional responsibility, rather than an option at its discretion, to safeguard national security and territorial integrity by enacting a national security law according to Article 23 of the Basic Law.

It is the SAR's constitutional responsibility, rather than an option at its discretion, to safeguard national security and territorial integrity by enacting a national security law according to Article 23 of the Basic Law

Yet more than 20 years after Hong Kong returned to China, the SAR has failed to fulfill its constitutional obligation due to the obstruction of the opposition camp in the region. The opposition has without fail leveraged external anti-China forces in thwarting the SAR government's attempts to fulfill this obligation.

READ MORE: 'Imperative' for national security loopholes in HK to be plugged

Because of this unwarranted delay in enacting a national security law, Hong Kong remains a weak link in national security today. Without a law to bring them to book, the separatists have relentlessly advanced without scruple their agenda with the ultimate objective of turning Hong Kong into an independent entity.

Supported by the external anti-China forces who have their own geopolitical interests to pursue in helping its local proxies to separate Hong Kong from the motherland, the opposition camp — particularly the separatists — has been ratcheting up its action, from paralyzing the city's commercial hubs during the illegal "Occupy Central" campaign in 2014, non-stop rioting and vandalism since the second half of 2019, to this year's maneuvers to paralyze the SAR's legislature, disrupt the operations of the SAR government and sabotage the local economy amid the COVID-19 pandemic.

The central government can no longer sit on its hands, leaving national security and Hong Kong's prosperity at the mercy of these political zealots and their foreign patrons. That would be a breach of its constitutional duty, which it has never relieved itself of, though it has authorized the SAR government to enact a local version of the national security law.

The enactment of a national security law by the NPC, which is applicable to the HKSAR, will in no way affect the faithful and complete implementation of "one country, two systems". Safeguarding national security and territorial integrity is part of the original purpose of this political framework; and the nation's Constitution and the HKSAR Basic Law uphold the central authorities' power and duty to do this job.

Moreover, legislation against acts endangering national security is a common practice in the world. The United States, for example, has such laws including the USA Patriot Act.

The proposed legislation only targets acts endangering national security such as treason, secession, sedition, subversion, or theft of State secrets. The law-abiding residents in Hong Kong would have no problem maintaining their way of life. Only traitorous souls and external anti-China forces fret over its enactment.