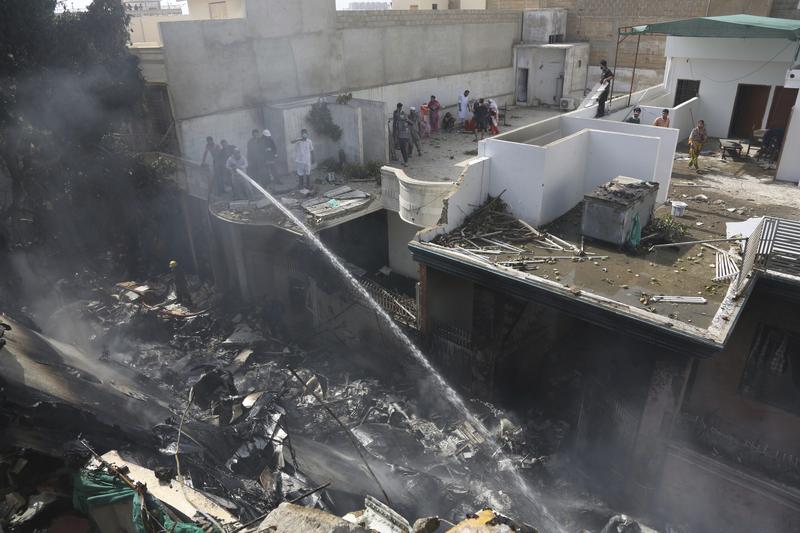 KARACHI — An Airbus plane with 99 on board crashed into a residential area of the Pakistani city of Karachi on Friday while on approach to the airport, with at least one passenger surviving but many others feared dead, officials said.

Smoke billowed from the scene where the Pakistan International Airlines (PIA) flight came down, some roofs had caved in, and debris lay scattered in streets as ambulances rushed through chaotic crowds.

At least one passenger on fight PK 8303, a banker, survived and spoke to officials in hospital, provincial government spokesman Abdur Rashid Channa said.

“Thank you so much. God has been merciful,” the passenger said, according to the government statement. 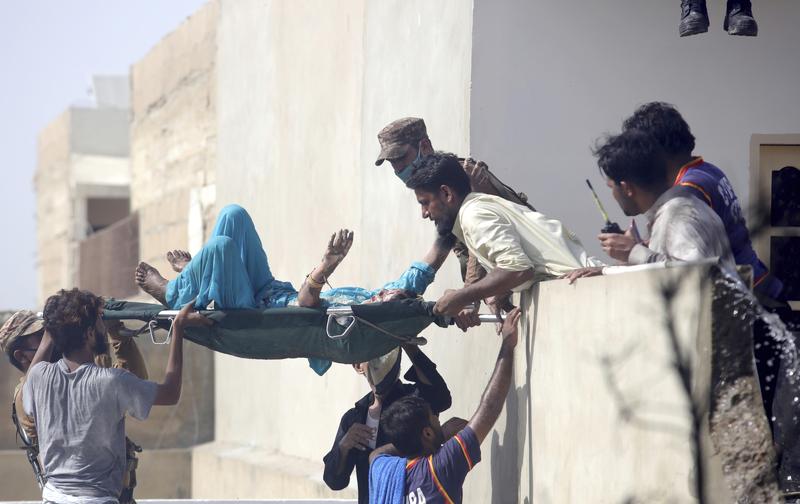 Volunteers carry an injured person at the site of a plane crash in Karachi, Pakistan, May 22, 2020. (FAREED KHAN / AP)

At least one passenger on fight PK 8303, a banker, survived and spoke to officials in hospital, provincial government spokesman Abdur Rashid Channa said

Seemin Jamali, executive director at the nearby Jinnah Hospital, said 17 dead bodies and six wounded people had been brought in. There were no estimates of casualties on the ground in the area where the plane crashed.

“The aeroplane first hit a mobile tower and crashed over houses,” witness Shakeel Ahmed said near the site, a few kilometres short of the airport.

The Airbus A320 was flying from the eastern city of Lahore to Karachi in the south just as Pakistan was resuming domestic flights in the wake of the coronavirus pandemic, according to the aircraft tracking website FlightRadar24.

The pilot told air traffic controllers the plane had lost engine power, according to liveatc.net, which has released aircraft recordings in the past.

“We are returning back, sir, we have lost engines,” a man was heard saying in a recording released by the website. Reuters could not authenticate the recording and there was no immediate comment on it from the airline, Airbus or the aviation authority.

“The last we heard from the pilot was that he has some technical problem,” the state carrier’s spokesman, Abdullah H. Khan, said in a video statement.

“He was told from the final approach that both the runways were ready where he can land, but the pilot decided that he wanted to do (a) go-round ... It is a very tragic incident.” 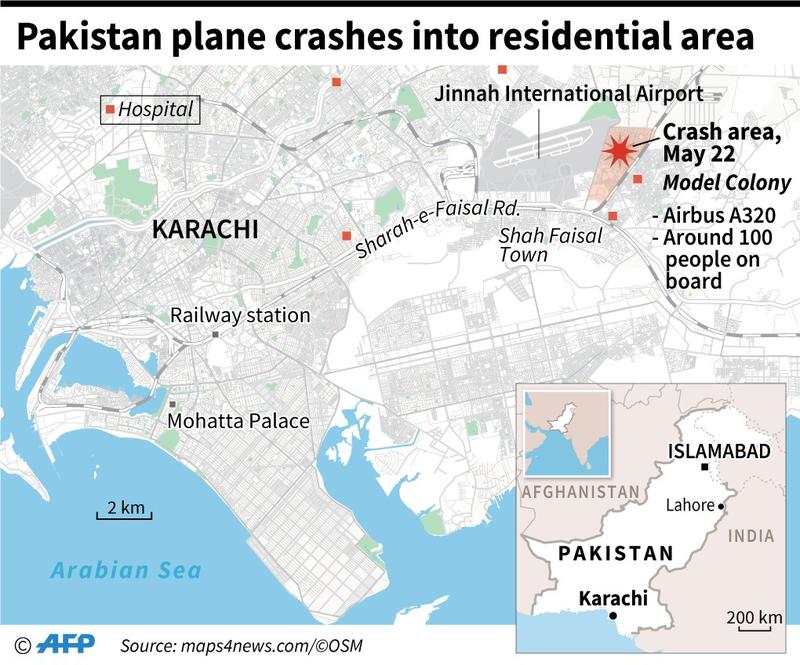 One senior civil aviation official told Reuters it appeared the plane had been unable to lower its wheels for landing due to a technical fault, but it was too early to determine the cause.

Aviation safety experts say air crashes typically have multiple causes and warn that it is far too early to understand them within the first hours or days.

Army and rescue services rushed to the area, which appeared to be densely populated. Footage showed cars on fire.

“The pilot was told that he could land at the Karachi airports, he was told that both the runways were ready, but he took a circle and gave a ‘Mayday’ call before the crash,” another civil aviation official, Abdul Sattar Khohar, told Reuters.

“We don’t know yet whether he gave any reason at the time of the Mayday call.”

In Pakistan’s most recent deadly crash, 47 people died when a PIA jet smashed into a mountainside in Khyber-Pakhtunkhwa province in 2016. The country’s worst plane disaster was in 2010, when an AirBlue flight crashed near Islamabad, killing 152 people.

Prime Minister Imran Khan tweeted: “Shocked & saddened by the PIA crash. Am in touch with PIA CEO Arshad Malik, who has left for Karachi & with the rescue & relief teams on ground as this is the priority right now.

“Immediate inquiry will be instituted. Prayers & condolences go to families of the deceased.”

The Airbus first flew in 2004 and was fitted with engines built by CFM International, co-owned by General Electric and France’s Safran, according to FlightRadar24.

It was on its sixth flight after returning to service following a widespread airline industry grounding in March over the coronavirus crisis, the website added.