By Scott Reeyes and Chen Weihua 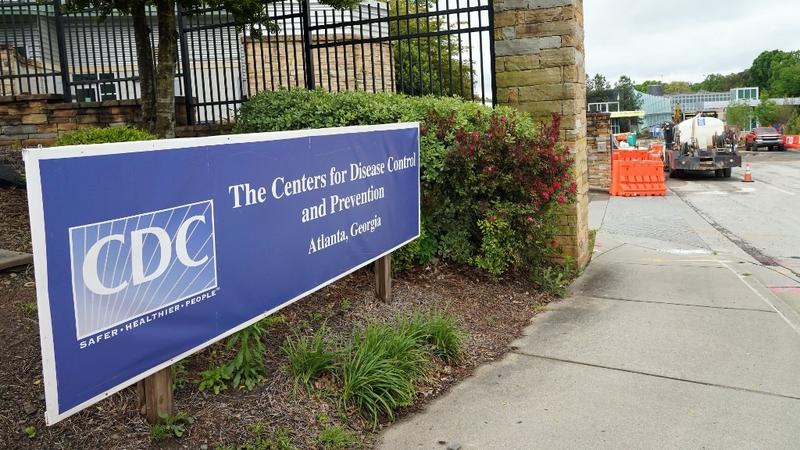 A sign is seen by the entrance of the Centers for Disease Control and Prevention in Atlanta, Georgia on April 23, 2020. (TAMI CHAPPELL / AFP)

A senior official with the US Centers for Disease Control and Prevention, or CDC, has claimed that members of the agency have been "muzzled" by the White House for urging caution in reopening the country.

In an interview with CNN on Wednesday, six CDC staffers also said the White House mishandled its response to the emerging coronavirus threat.

ALSO READ: US CDC had 'good interactions with China' at scientific level

"We were muzzled," a CDC official told CNN on the condition of anonymity.

The CDC officials said their advice was ignored when they urged an emphasis on Europe as the key point of entry for the coronavirus into the US, CNN reported.

Quoting unnamed "senior officials", the network said the CDC alerted the White House to the rapid spread of the virus across Europe, but the White House "not wanting to anger Europe - even though that's where most of our cases were originally coming from".

Early on, the CDC posted travel warnings for a few individual countries, but a broader alert proposed by staff would have included all international travel.

The alert, expected to be announced on March 5, wasn't posted until March 11, the same day the US government announced limits on travel from 24 European countries, the CDC officials told CNN.

During the six-day lag, crucial time was lost in combating the virus as some 66,000 European travelers entered US airports each day, the CDC officials said.

On Wednesday, the CDC released guidelines for reopening the economy, but some staffers told CNN that the steps were diluted to meet demands from the Trump administration for a less stringent plan.

Earlier this month, The Associated Press reported that the White House had set aside CDC recommendations that were intended to help schools and businesses reopen.

As of early Thursday, the US remained the country with most infections of COVID-19, which was 1,551,853, and its death toll was 93,439, according to the Johns Hopkins University's tally. All 50 US states have partially reopened after a two-month shutdown.

In another report, the head of the World Health Organization said that he would "look into" a letter received from US President Donald Trump that threatened to pull US funding from the WHO permanently and withdraw its membership.

WHO Director-General Tedros Adhanom Ghebreyesus was asked by China Daily if and when he would respond to Trump's ultimatum, at a virtual news conference from Geneva on Wednesday after the recently concluded 73rd World Health Assembly.

Tedros said: "We have of course received the letter. We are looking into it."

Tedros also said the WHO will conduct a comprehensive investigation of the pandemic as soon as several conditions are met, adding that the organization had completed similar investigations after Ebola, SARS and other outbreaks.

Pan Mengqi in Beijing and agencies via Xinhua contributed to this story.