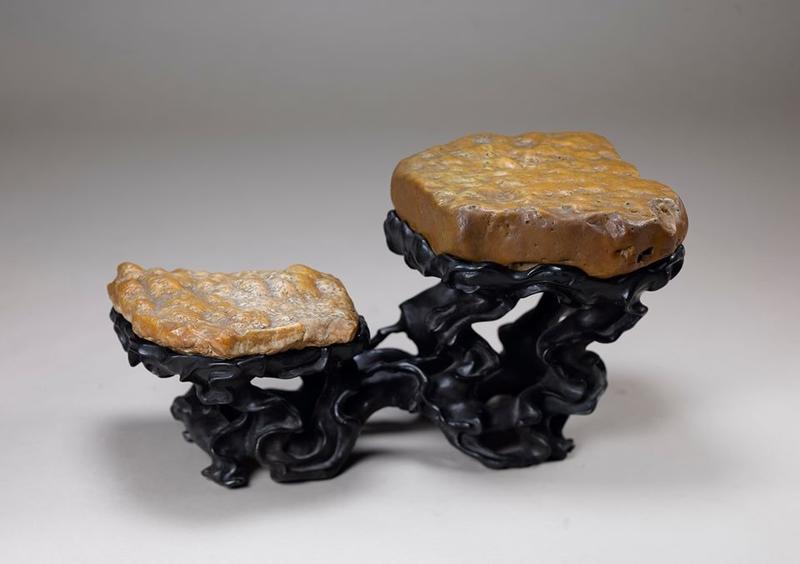 Chinese literati have a long history of appreciating small ornamental rocks and collecting them as accoutrements, but these objects, which are known as "scholars' rocks", have rarely joined museum collections in China.

Among the few that have such artifacts in their collections is the Shanghai Museum, which launched its first exhibition of scholars' rocks on April 28.

During the launch, Shi Yuan, deputy director of the handicrafts department, shared a story about the rocks on exhibition, noting that all but one of them were donated by Hu Kemin, a Chinese woman who migrated to the United States in 1982.

"The research and authentication of scholars' rocks require great expertise in geology and natural history. It is a new and interdisciplinary field that has not been explored sufficiently by the museums of China," Shi tells China Daily after the launch of the exhibition. 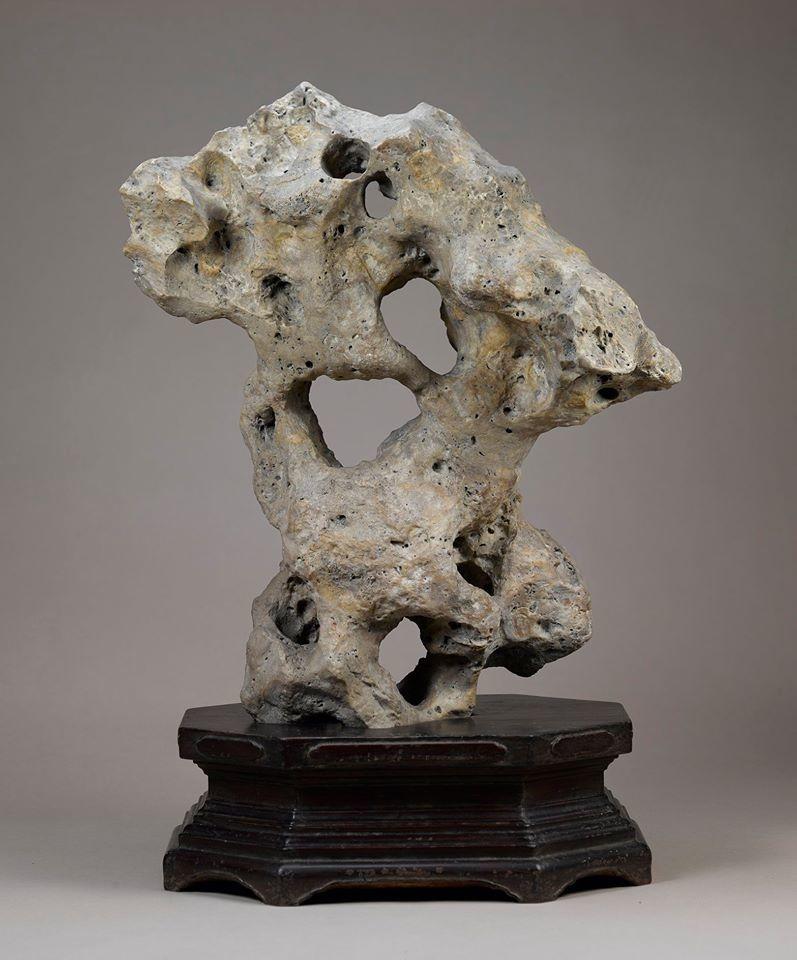 The exhibition, which will end on June 28, marks the first time the museum is hosting a showcase following its temporary closure from Jan 28 to March 12 due to the novel coronavirus outbreak.

"For more than 20 years I've been influenced by my father and greatly intrigued by scholars' rocks," Hu wrote in an essay about the exhibition. The collector was not present at the exhibition.

According to the museum, Hu's father, Hu Zhaokang, was an eminent collector of antiques and scholars' rocks. In 1994, he donated 76 scholars' rocks to Guyi Garden in Nanxiang of Shanghai.

His daughter has evidently followed in his footsteps. Since 1998, Hu has authored and coauthored five books on Chinese scholars' rocks in the US. To introduce this unique tradition of Chinese culture to the public, she also donated rocks to many institutions, such as the National Bonsai and Penjing Museum in Washington DC, the Yale University Art Gallery and the Worcester Art Museum in Massachusetts. 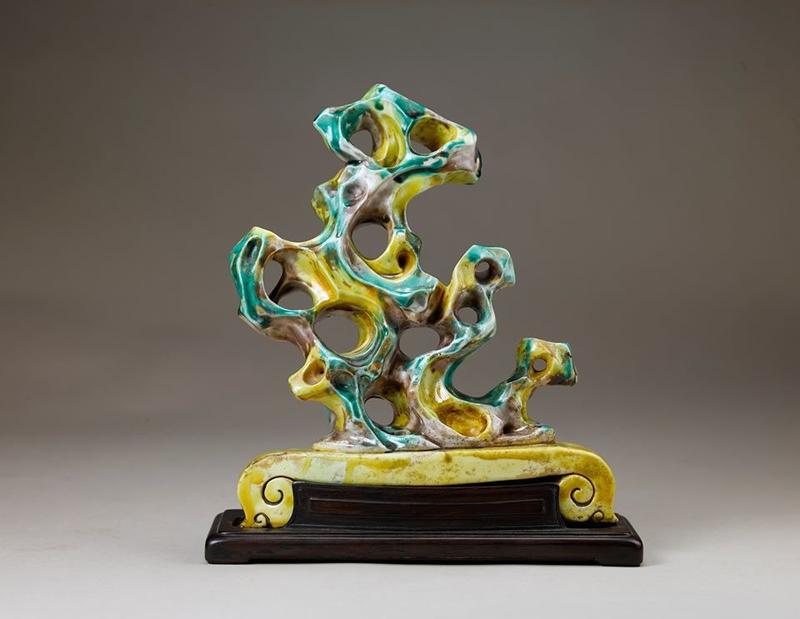 "I was fortunate to have built a collection of ancient Chinese scholars' rocks from all over the world. I understand that few of such rocks are found in China now, so I've always wanted to take my collection to China," she wrote.

When Hu was searching for a permanent home for her rock collection, she found that "of all the museums in China, only the Shanghai Museum collects scholars' rocks and promotes their culture".

The collection bestowed by Hu has been handed down from centuries earlier. Some of the rocks have been inscribed by former collectors and many are paired with original or antique wood stands, which are highly valuable references for research and appreciation, says Yang Zhigang, director of Shanghai Museum. 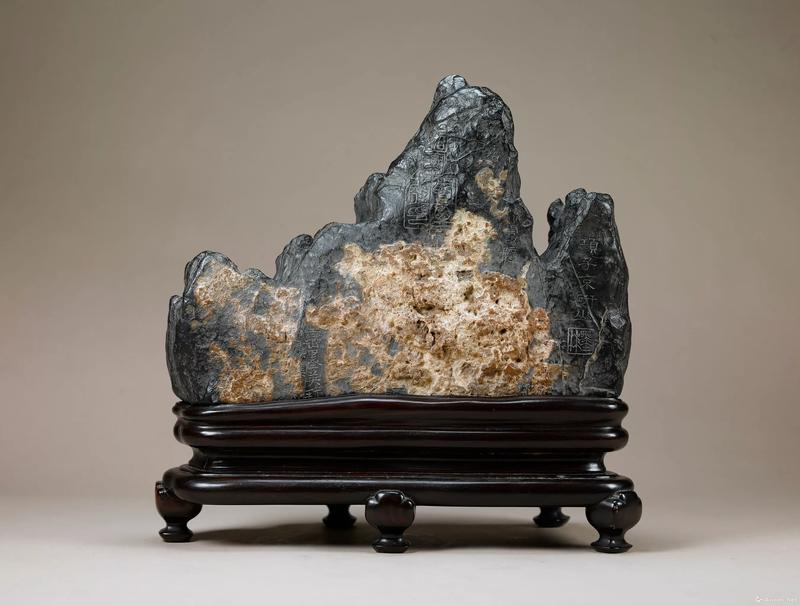 One of the most important pieces on display is a Kunming stone that reputedly has a history of more than 2,000 years. The stone, which has been mentioned in many ancient documents and literature, is believed to have been excavated from suburban Xi'an of Shaanxi province when an artificial lake was dug during the rule of Han Wudi (141-87 BC).

"It is very difficult to trace and verify this rock's complete history, but the inheritance of the stone was clearly documented in the family genealogy books of the last few collectors from the Qing Dynasty (1644-1911)," Shi says.

According to folklore passed down for several generations, having the stone in the house would help the family to bear more male children. Traditional Chinese society preferred boys to girls, not just because men were capable of hard labor, but because they could carry on the family name.

"This legendary function could be the key reason that this stone has survived for 2,000 years," Hu wrote.