The owner of a library in a Zhejiang town tells the story of its growth in a new book, Cheng Yuezhu reports. 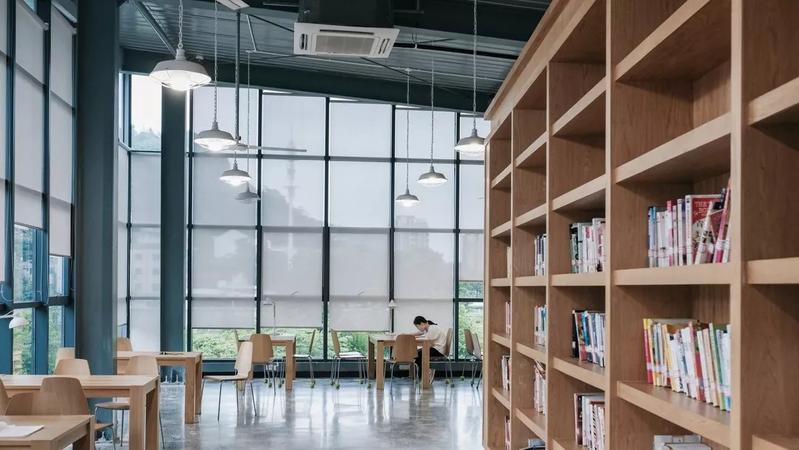 Located in a small coastal town in East China's Zhejiang province is a library with a relatively short history and limited funding. Yet, it has attracted more than 1,000 volunteers devoted to its development over the past years.

A new book entitled A Library Changes a Town tells the story.

Opened in June, 2012, Youwei Library is considered the first privately owned public library in the province.

We can share our experience and lessons and show how a seemingly unlikely project happened, and encourage more people to go back to their hometowns and make small changes

Zhang Jin, founder of Youwei Library and author of A Library Changes a Town

Zhang Jin, the author of the book and founder of the library, says when she decided to open the space, her friends gasped in disbelief, for her personality was not one they could relate to any nonprofit cause.

She had acquired a master's degree in land economy from the University of Cambridge in Britain and embarked upon a thriving career in the financial sector in cities such as Beijing and Hong Kong.

What most of her friends and colleagues did not know, however, is that she loved reading while growing up, and her childhood dream was to become a librarian.

Born and raised in the county of Sanmen in Zhejiang, she realized that students in small towns may not have equal opportunities to immerse themselves in various cultural activities and explore their interests.

In the autumn of 2011, Zhang made up her mind to open a library in her hometown to help young students broaden their horizons.

Apart from providing a reading space, Youwei Library is known for its diverse cultural activities that aim to bring innovative education and public welfare concepts to the town, and offer long-term learning opportunities to the local communities.

As an organization that relies on donations, the library has been keeping detailed records about its everyday operations and events.

In the fifth year since the library's establishment, Zhang thought about publishing the material as a book.

"Some visitors were curious about how we persisted with this library, and other library directors also came to learn from our experience," Zhang says.

"So, I felt we should record the stories that represent the authenticity of our work. We can share our experience and lessons and show how a seemingly unlikely project happened, and encourage more people to go back to their hometowns and make small changes." 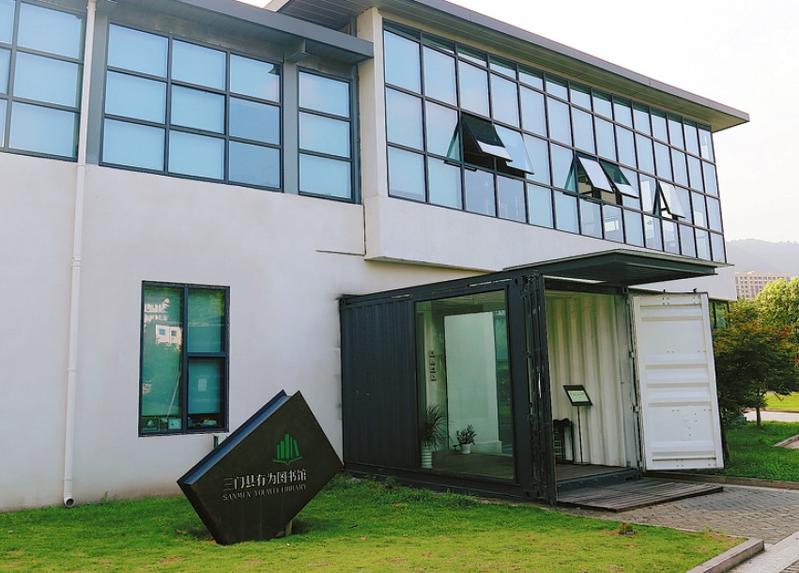 The library is gaining recognition, with a new branch under construction in Jiaxing in Zhejiang.

Zhang says the plan is to open more branches in towns on the Yangtze River Delta in the next 10 years.

"We've seen people experimenting with different kinds of libraries across the country. They might be facing similar difficulties as we did in the early stages of Youwei Library. So we hope that the roads we've traveled can help to provide references for them," she adds.

Lu Ying, a former volunteer and now full-time employee at the library, helped to collect the stories included in the book.

She first went to Sanmen in 2014 as a university student, working on the library's winter-camp program. Lu went back to work full-time at the library for over a year after her graduation.

She was primarily responsible for interviewing individuals who participated in running Youwei Library, including board members, other full-time employees, and volunteers from the county and outside. She collected many heartwarming stories from volunteers for the book.

"More than one local teacher told me that at Youwei Library, they found the ideal classroom and a way of education. A local official who had worked as a Chinese teacher also told me that setting up a library was good for enriching the local cultural atmosphere."

For most volunteers and staff, the reason seems simple－they missed having such a library when they were students.

The book also elaborates on Zhang's thoughts on the library's administration and future vision.

"This book, just like our library, is a team effort," Zhang says. "It wouldn't have been possible without my colleagues and volunteers donating money, time and energy."

According to the library's statistics, about 5 percent of the more than 70,000 residents in downtown Sanmen are regular visitors to Youwei Library, and 1,757 volunteers now support its daily operations.

"The saying goes that paradise looks like a library. In our case, this paradise is built by every one of us together, one brick at a time," Zhang says.