US does not expect to pull out of New START accord 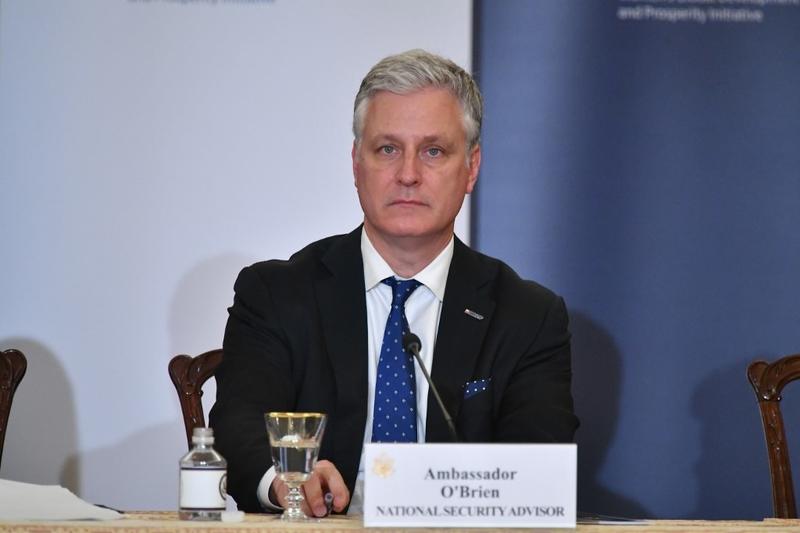 In this file photo, National Security Advisor Robert O'Brien attends an event celebrating the one-year anniversary of the White House’s Women’s Global Development and Prosperity (W-GDP) Initiative in the Benjamin Franklin Room of the Department of State in Washington, DC on February 12, 2020. (MANDEL NGAN / AFP)

WASHINGTON / MOSCOW - The United States does not expect to pull out of the New START accord with Russia and will enter into good-faith negotiations with Moscow, a top US official said on Thursday.

Asked if the White House would be pulling out of New START treaty, Robert O’Brien, the White House national security adviser, said in an interview with Fox News Channel: “No I don’t think so. ... We are going to enter into good faith negotiations with the Russians on nuclear arms control”

Asked if the White House would be pulling out of New START treaty, Robert O’Brien, the White House national security adviser, said in an interview with Fox News Channel: “No I don’t think so. ... We are going to enter into good faith negotiations with the Russians on nuclear arms control.”

The United States announced earlier on Thursday it would withdraw from the 35-nation Open Skies treaty that allows unarmed surveillance flights over member countries, the latest treaty withdrawal by US President Donald Trump, saying Russia did not observe the treaty’s rules.

The announcement deepened concerns about whether Washington would seek to extend the New START pact, which imposes limits on US and Russian deployments of nuclear arms. Trump has repeatedly said he wants China to join the accord.

Russian Foreign Ministry spokeswoman Maria Zakharova said Moscow was waiting for official clarifications from the US on reports that it was pulling out of the Open Skies treaty.

"We did not receive official notifications or clarifications from our US partners and colleagues. This is an international treaty, it has an implementation format, it has obligations of the parties that are fixed," Zakharova was quoted by RIA Novosti news agency as saying on Russia's Rossiya 24 broadcaster.

"In this regard, public statements, to put it mildly, are not enough for drawing conclusions regarding the intentions of the US side," she said.

"In addition to public debate, in addition to public statements, there is the usual normal practice of observing agreements and treaties. There are mechanisms for their implementation, namely there is an appropriate commission where you can come and state your claims," she added.

Earlier in the day, Trump said Washington was withdrawing from the treaty, the latest international arms control agreement that the US has abandoned.

The treaty, which became effective in 2002, allows signatories to conduct short-notice, unarmed reconnaissance flights over the others' entire territories to collect data on military forces and activities.

Currently, 35 nations, including Russia, the United States, and some other members of the North Atlantic Treaty Organization, have signed it. Kyrgyzstan has signed but not ratified it yet

Last year, Washington also abandoned the Intermediate-Range Nuclear Forces Treaty that it had with Moscow.