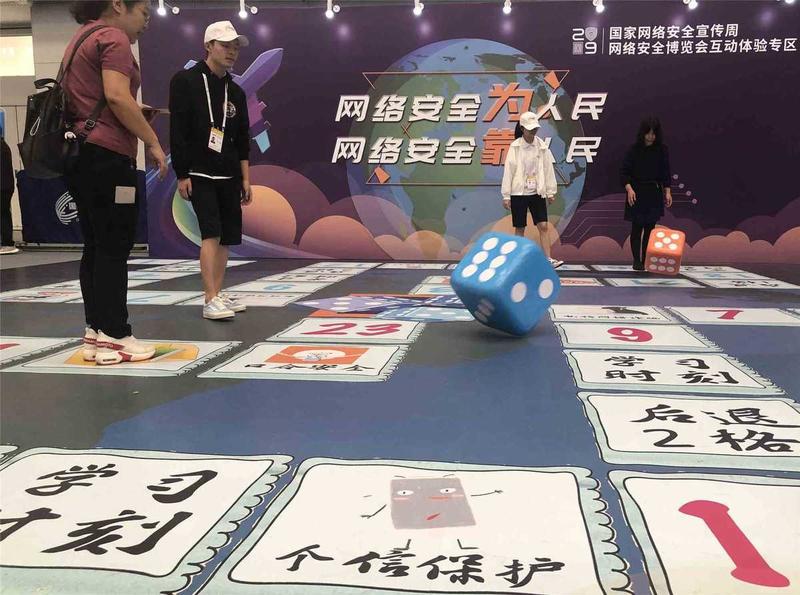 China's draft civil code will be submitted to the top legislative body this week for final deliberation during the country's biggest annual political gathering.

The draft, which consists of seven volumes, including general provisions and sections on property, contracts, personality rights, marriage and family, inheritance and torts, will be reviewed by the National People's Congress during the two sessions, the annual meetings of the NPC and the Chinese People's Political Consultative Conference.

The compilation of personality rights in a separate volume is a major development and innovation in democratic legislation and the civil code. It will help deepen the legal protection of personal dignity and individual rights, said Shi Jiayou, professor at Renmin University of China and executive director of the National Research Center of Civil and Commercial Law, speaking to China Global Television Network.

As the basic law, the civil code will list all fundamental principles that provide a legal basis for making more detailed regulations for the protection of personal information.

In addition, the sixth chapter is specifically dedicated to privacy rights and the protection of personal information. If passed, the section will help extend the scope of privacy protection.

Yang Lixin, also a law professor at Renmin University, said the development of the internet has made it easy to infringe on individual personality rights. The growth of social media has provided numerous platforms and better technological conditions to publish content that defames or insults others.

"The new content in the personality rights section is aimed at preventing violations of privacy, reputation, honor, etc, so the damage caused by such infringements can be better rectified," he said. 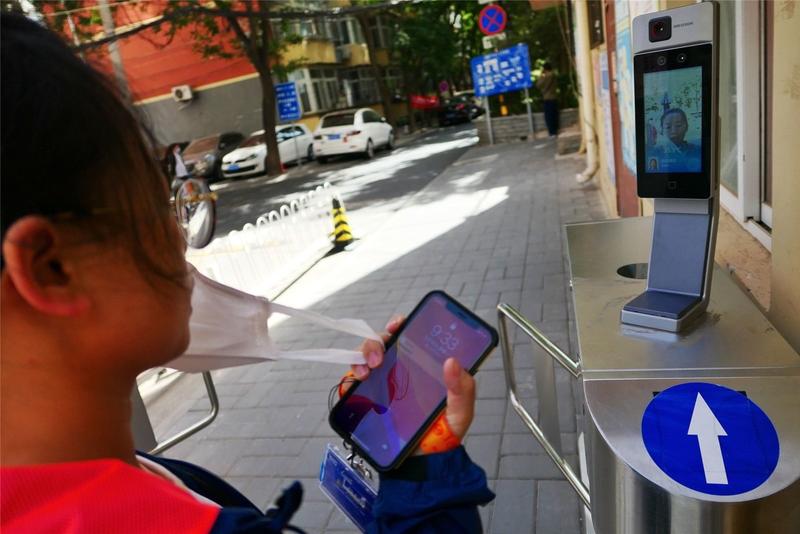 A woman removes her mask to enable the use of facial recognition technology by a smart device in Beijing on Monday. The device automatically checks people's body temperatures and personal information before allowing entry to the neighborhood. (LI TIANJI / FOR CHINA DAILY)

The draft for the final reading stipulates that no organization or individual shall uglify, blemish or forge people's images by the use of information technology.

It defines privacy as private life as well as the private space, activities and information that a regular person "is unwilling to be made known to others", which is also highlighted in the final draft.

It stipulates that no organization or individual shall infringe on other people's privacy rights by means of spying, intrusion, leaks or public disclosure, including by the use of telecommunication tools.

The document also clarifies the definition of personal information and expands the scope to include "email address and whereabouts", along with name, date of birth, identification number, biometric information, address and telephone number.

The draft marks the further reinforcement of China's efforts to protect personal information, following the enactment of the Cybersecurity Law in June 2017

It also specifies that they must explain the rules of information processing, the purpose, and the means and scope of the information, and they must not violate any laws, administrative regulations or mutual agreements.

The personality rights section of the code was submitted to the NPC Standing Committee for its first review in August 2018, and was also reviewed twice last year.

The draft marks the further reinforcement of China's efforts to protect personal information, following the enactment of the Cybersecurity Law in June 2017. In addition, it provides the first comprehensive set of data protection provisions in national legislation.

In recent years, data leaks from digital platforms have increasingly raised concerns about privacy, with many experts calling for a separate law to protect personal information.

In February last year, a video clip of the classic television series The Legend of the Condor Heroes－first broadcast in 1994－went viral on social media. It attracted attention because a netizen had swapped the face of Athena Chu, the original lead actress, with that of current star Yang Mi, although Yang was unaware of the move. 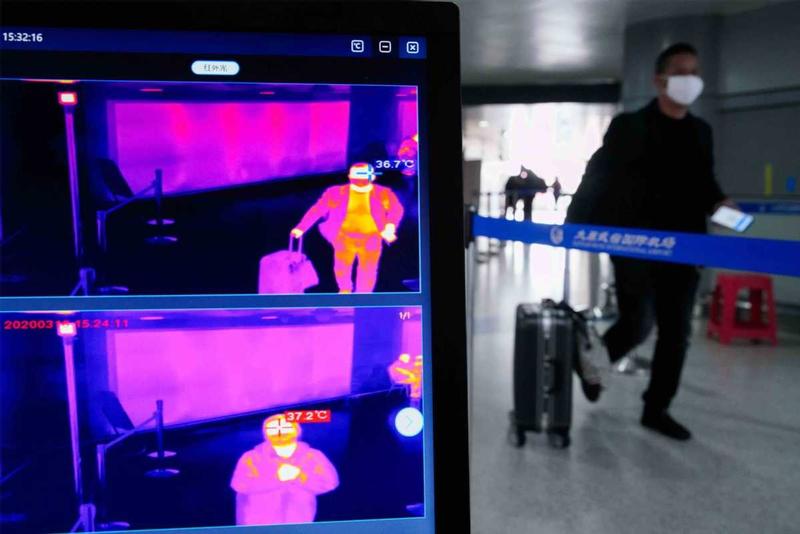 An artificial intelligence device at a security gate checks passengers' temperatures at an airport in Shanxi province in March. (HU YUANJIA / FOR CHINA DAILY)

The netizen, who used the name "Huanlian Ge" on Bilibili, a popular video-sharing platform, used artificial intelligence technology to make the swap. Many viewers commented that the video looked so authentic that Yang actually appeared to be the star character.

However, the swap prompted doubts and controversy, as many people suggested the video could be an infringement of Yang's image rights.

The incident also brought deepfake, or "face-changing" technology, into the spotlight, prompting concerns about the consequences of such technology being misused or abused.

In the era of the internet and high technology, the most serious challenges encountered by the law are the protection of privacy and personal information.

In August, a new mobile app became an internet sensation shortly after hitting the market. It allowed people to upload photos of their own faces and use artificial intelligence technology to swap them with the faces of celebrities in blockbuster movies or hit TV series.

The app－called ZAO, meaning "make" in Mandarin－was quickly subject to accusations of excessive collection of personal information and possible infringement of image rights. Some people were concerned that criminals could use their image to trick facial recognition payment software and defraud them.

"In the era of the internet and high technology, the most serious challenges encountered by the law are the protection of privacy and personal information," Wang Liming, a law professor at Renmin University, told Southern Metropolis Daily recently.

He said leaks of personal information have become a "public hazard", making the protection of such information and the means of strengthening the obligations of information collectors, sharers and big data developers an important issue for the personality rights section of the civil code.

"Illegally hacking into someone's emails, stealing and trading other people's information, illegally disclosing other people's text messages or conversation records－all these behaviors have become common, polluting the internet and infringing people's personality rights," he said, adding that information technology may exacerbate the damage.

"Once the information has been revealed, it can be spread worldwide in an instant and the damage can be infinite." 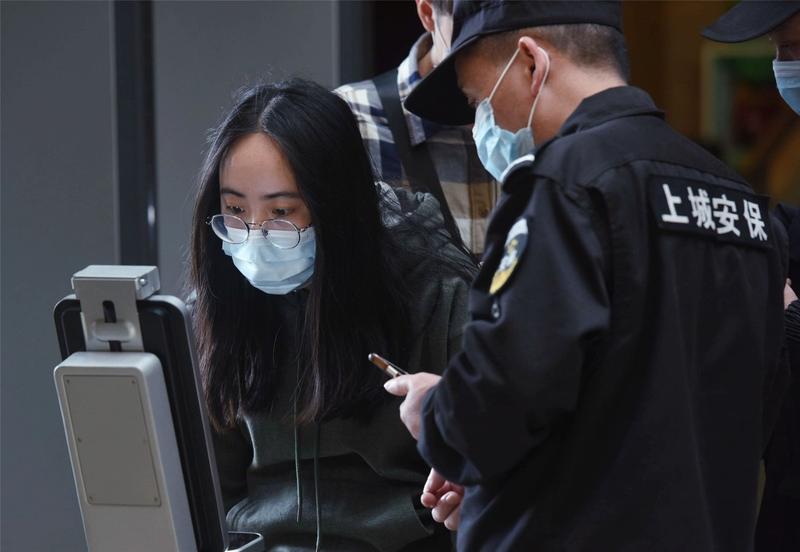 A smart device scans a visitor's face to collect information, including her health status code and body temperature, before allowing her to enter a museum in Hangzhou, Zhejiang province, in March. (LONG WEI / FOR CHINA DAILY)

China's legislative efforts to protect citizens' privacy date back to the 1980s.

According to Yang, national legislators considered including privacy protection in the draft of the General Principles of the Civil Law in 1986, while in 1988, the Supreme People's Court issued regulations that indirectly protected people's privacy by protecting the right to reputation.

With the rapid development of IT in recent years, China has started speeding up legislation on the protection of personal information, data and privacy.

Many experts have called for the introduction of a personal information protection law in line with the European Union's General Data Protection Regulation, which many observers consider the world's strongest data protection rules.

In 2017, the Cybersecurity Law came onto China's statute books, and last year the E-Commerce Law came into effect. Both contain articles that protect data in the digital era.

The new content in the personality rights section is aimed at preventing violations of privacy, reputation, honor, etc, so the damage caused by such infringements can be better rectified.

However, speaking at a media briefing in March last year, Zhang Yesui, spokesman for the Second Session of the 13th National People's Congress, said the country still needed a specific law to comprehensively curb illegal use of personal information and strengthen protection of people's privacy and legal interests.

According to a report by Xinhua News Agency on May 14, the first draft of the personal information protection law has been completed and it will be submitted to the Standing Committee of the NPC for deliberation as soon as possible.

Yang Lixin, from Renmin University, said that if the draft civil code is passed, it will provide a solid legal basis for more-detailed regulations to protect personal information.

"The general provisions of the civil code stipulate principles on the protection of personal information, and four other articles have been added in a separate chapter of the personality rights code," he said.

For example, two articles in the personality rights section define privacy and the sort of acts that constitute infringement of privacy, he said.

He added that the articles also include cases of infringement via digital technologies, which also meet the legislative requirements of the internet era.

"As the basic law, the civil code will list all fundamental principles that provide a legal basis for making more-detailed regulations for the protection of personal information," he said.

Wang said the civil code is an encyclopedia of social life and the independent compilation of the section related to personality rights highlights its essence as a "people-oriented" law. Moreover, it will help to rectify the defects of the existing Civil Law, which tends to emphasize protection of property over people.