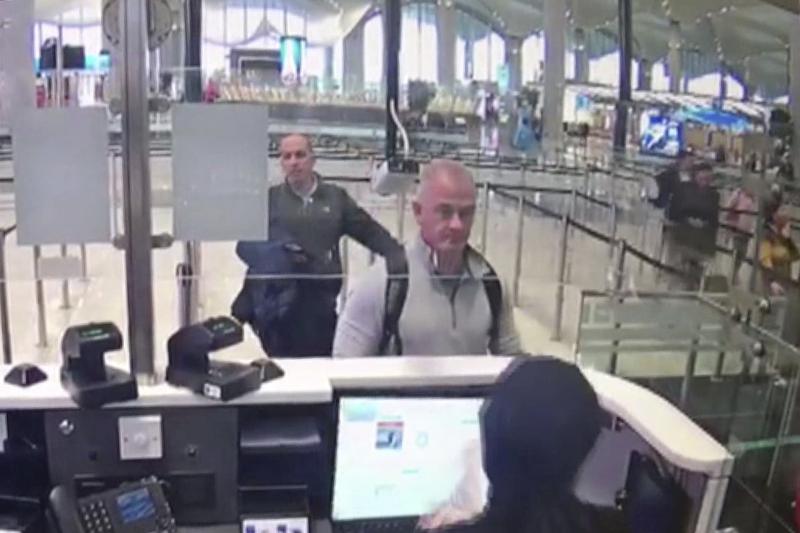 BOSTON / WASHINGTON / TOKYO - A former Green Beret and his son are being held in Massachusetts for possible extradition to Tokyo, injecting the US into a case pitting Japan’s government against its most famous fugitive -- the outspoken former chair of one of its biggest automakers.

Sitting side by side in orange prisoner jumpsuits, Michael L. Taylor and his son, Peter Maxwell Taylor, appeared by video Wednesday afternoon for the first hearing in the process that could lead to their prosecution in Japan on charges they helped former Nissan Motor Co chairman Carlos Ghosn escape that same fate.

Both Taylors were arrested early Wednesday in Harvard, Massachusetts, a town 25 miles outside Boston, at the request of Japanese authorities. In their remote hearing later in Massachusetts federal court, the judge told them the process could take some time, as Japan has 45 days to file a formal extradition request under its treaty with the US.

The arrests were the latest twist in a spy-novel saga that saw Ghosn, out on bail awaiting trial in Tokyo on financial-crime charges, smuggled out of the country in December aboard a private jet bound for Lebanon, where he holds citizenship and which has no extradition treaty with Japan

“Thank you, your honor,” the Taylors said in unison.

The arrests were the latest twist in a spy-novel saga that saw Ghosn, out on bail awaiting trial in Tokyo on financial-crime charges, smuggled out of the country in December aboard a private jet bound for Lebanon, where he holds citizenship and which has no extradition treaty with Japan. Ghosn, who maintains his innocence, said he had no choice but to flee because Japan’s “rigged” criminal justice system would have denied him a fair trial.

Japan said on Thursday it was working to secure the rapid extradition of two men arrested in the United States on charges of enabling the dramatic escape of Carlos Ghosn from the country.

Japanese lawyer Junichiro Hironaka, who had defended Ghosn until he fled, said in a telephone interview the key question was whether there was enough evidence to warrant extradition and he would watch developments closely.

Adding to the drama, US prosecutors said they acted Wednesday because Peter Taylor had plans to fly to Beirut the same day.

The arrests come a week before the expected announcement of a major restructuring plan at Nissan, the latest effort to turn around the fortunes of the automaker that has seen its finances weaken and management in turmoil following Ghosn’s arrest and ouster.

Nissan said in an emailed statement it notes the extradition proceedings and reserves the right to take further legal measures against Ghosn. The company filed a civil suit in Japan earlier this year seeking 10 billion yen (US$93 million) in damages from its former boss for alleged misconduct.

Japan, which has rejected Ghosn’s criticism of its justice system, responded by issuing arrest warrants for the former executive and others suspected of aiding him. The detention of the two men by federal officials in the US is likely to be warmly welcomed by Tokyo, though Japan has so far been unsuccessful in efforts to secure Ghosn’s return.

Michael Taylor, 59, and his son appeared for the afternoon hearing from the Norfolk County jail in Dedham, Massachusetts. Their lawyer, Paul V Kelly, told US Magistrate Judge Donald Cabell that he wished to confer with the Taylors before deciding whether to contest their being held while Japan seeks their extradition.

Kelly didn’t immediately respond to messages seeking comment. The Japanese Embassy in Washington also had no immediate comment on the arrests. A Ghosn spokeswoman declined comment as well.

Japanese authorities claim the Taylors and another man, George-Antoine Zayek, assisted in Ghosn’s escape. Calling each of the Taylors an “exceptionally high flight risk,” US prosecutors are asking that both be held without bail. 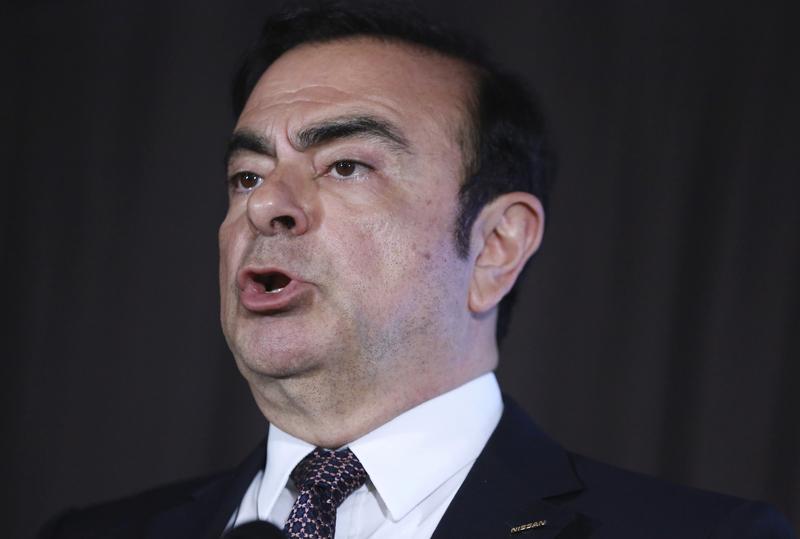 “Michel Taylor is not just capable of fleeing while on bond -- he is an expert in the subject,” the US said in a court filing. “The plot to spirit Ghosn out of Japan was one of the most brazen and well-orchestrated escape acts in recent history, involving a dizzying array of hotel meet-ups, bullet train travel, fake personas, and the chartering of a private jet.”

The filings shed much more light on the details of Ghosn’s escape and the intricate planning leading up to it. They also show that Peter Taylor, 27, allegedly played a much larger role than previously known. He is said to have traveled to Japan at least three times, starting in July 2019, and met with Ghosn at least seven times during those trips.

Peter Taylor allegedly rented the room at a luxury hotel in Tokyo, where he handed Ghosn a room key on Dec 28, and, as revealed by video surveillance cameras, stored luggage for Ghosn’s change of clothes a day later. After being joined in the hotel room by his father and Zayek on Dec 29, Peter then departed for Tokyo’s Narita airport and took a flight to China, court filings show. 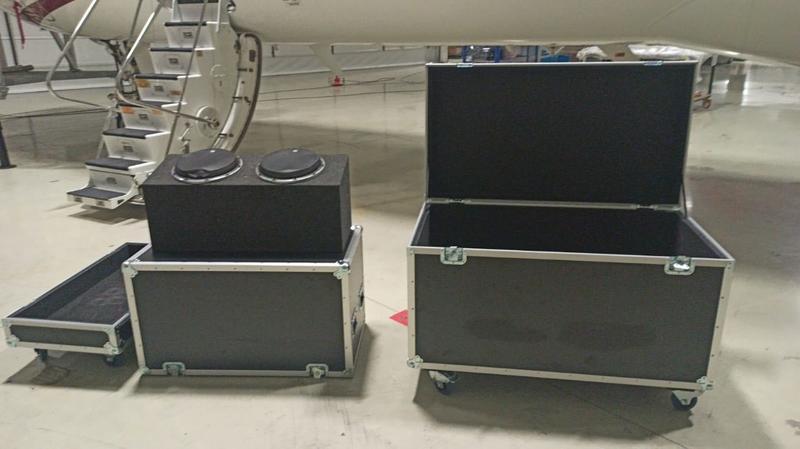 In this photo taken on Jan 08, 2020 shows the case which the former Nissan chief Carlos Ghosn allegedly hid in while fleeing from Japan, where he was being held under house arrest, via Turkey to Lebanon. (PHOTO / AFP)

Later that day, Michael Taylor, Zayek and Ghosn took a bullet train to Osaka and entered a hotel where Taylor and Zayek had rented a room after arriving earlier via private jet from Dubai. About two hours later, Taylor and Zayek left the hotel with luggage, including two large black boxes, and headed to the Osaka airport.

There were no recorded images of Ghosn leaving the hotel room, according to the court filing. Ghosn allegedly was hiding in one of the boxes, which looked like the type that carry musical instruments. These weren’t screened before being loaded onto the jet, which took off from Japan at 11:10 pm -- about 13 hours after it had arrived.

Ghosn, who was chairman and chief executive officer of the Renault–Nissan–Mitsubishi automaker alliance, was arrested in November 2018, accused of under-reporting income and misusing company funds. He had been under house arrest as he awaited trial. Ghosn has called his prosecution part of a plot to limit the integration of Nissan and Renault.

Taylor once worked undercover for US law enforcement after serving in army special forces. He later built a Boston-area security firm, known as American International Security Corp., with contracts for work around the world. He was once hired by the New York Times to help extract a reporter being held hostage in Afghanistan. The reporter ultimately escaped on his own.

An Arabic speaker, Michael Taylor’s first trip to Beirut was nearly four decades ago when he helped train Lebanese combat forces in the early 1980s, according to unrelated court filings from a federal court case in Utah. Ten years later he worked as an undercover operative in Lebanon for a US probe of drug trafficking and money laundering, the filings said.

Zayek was associated with Taylor’s security firm, but less is known about him. He is part of a family of Lebanese Maronite Christians, a group that Taylor worked closely with in Lebanon.