By He Wei in Shanghai 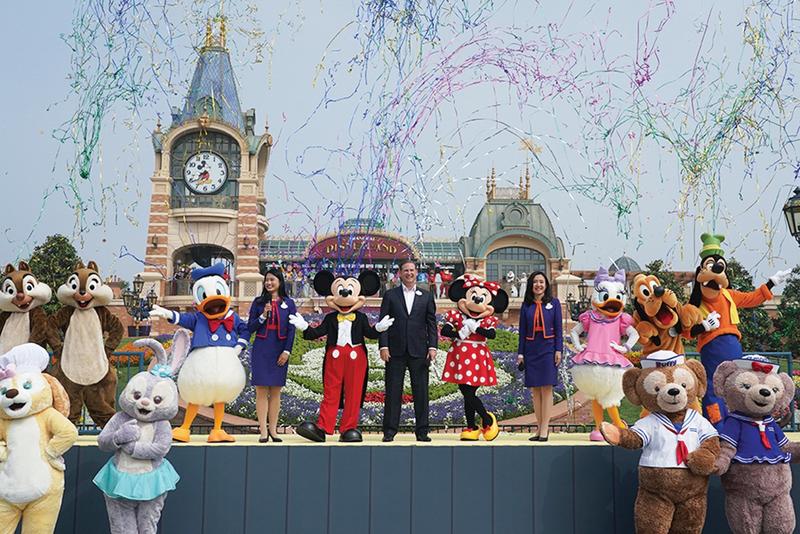 Tickets for the inaugural day, with limited capacity under government regulations, sold out minutes after bookings started on the morning of May 8.

Bob Chapek, CEO of the Walt Disney Co, said last week that the park has a capacity of 80,000 visitors per day and the government has mandated it operate at 30 percent capacity, or around 24,000 visitors.

The brisk pace of sales was considered a sign that Chinese customers are willing to pull out their wallets as the nation has had encouraging outcomes in controlling the epidemic and economic activities are steadily bouncing back.

During a reopening ceremony in the park featuring 30 Disney characters and cast members, Joe Schott, president and general manager of Shanghai Disney Resort, thanked guests for their passion, “which ignites the magical dream within all of us”.

“We hope that today’s reopening can serve as a beacon of light across the globe, providing hope and inspiration to everyone … and can demonstrate that we can overcome any challenge together,” Schott said.

There also will be other safety measures and procedures during the initial reopening phase.

All entrants need to get their temperatures checked, wear face masks and maintain social distancing as mandated by park regulations.

The first group of customers on May 11, many of whom wore Disney-themed apparel, entered the park at around 9 am. They were greeted by waving park staff as they walked in, having been asked to show a green code on their phones to prove they were in good health.

“It’s just so thrilling to be back on the first day,” said Tang Jiatian, who managed to secure two tickets for himself and his girlfriend. “We cannot wait to take the Roaring Rapids ride again, a symbol of adventure and courage.”

During the initial phase, not only will there be limited attendance but also a requirement for advanced ticketing and reservations. The park has also introduced social distancing across facilities and increased the frequency of cleaning and sanitizing.

Decals on sidewalks and at lines for attractions show visitors where to stand to maintain separation. Many rides are limited to one group of visitors per car.

“I’ve booked the half-day tickets later this week to take my daughter there,” said Gao Juanwen, who said she is comfortable going to the park thanks to a bevy of precautionary security measures in place.

The park was shuttered on Jan 25 at the height of the COVID-19 outbreak in China. The resort reopened adjacent facilities such as Disneytown, an entertainment and dining complex, on March 9.

The other 11 Disneyland parks remained closed, with Disney Springs — an outdoor shopping, dining and entertainment complex outside Walt Disney World Resort in Florida, the United States — set for phased reopening on May 20.

Constructive epidemic control measures have created enthusiasm as the pent-up demand of Chinese consumers is released, said Li Qian, an assistant professor at Shanghai University of Finance and Economics who specializes in the tourism economy.

“The tourism and entertainment segments represented by Disney are a huge boon to consumer confidence and a positive stimulus to overall economic recovery,” Li said.