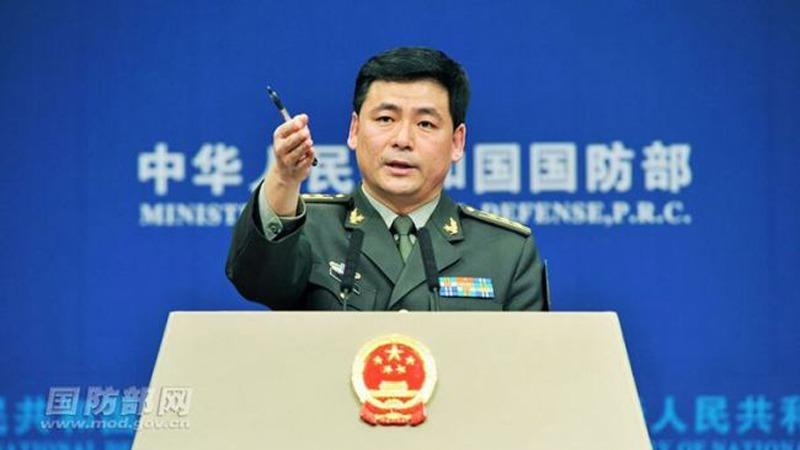 BEIJING - A spokesperson for China's Ministry of National Defense on Thursday urged the US side to stop taking provocative and dangerous acts to avoid serious damage to the relations between the two countries and the two militaries.

Spokesperson Ren Guoqiang made the remarks while commenting on the operations of the US Navy P-8A reconnaissance aircraft on Feb 17, which ignored multiple warnings of the Chinese side and approached a Chinese navy fleet conducting routine drills on the high seas.

The reconnaissance lasted for over four hours, and the aircraft's minimum distance to the Chinese fleet was only about 400 meters, Ministry of National Defense spokeperson Ren Guoqiang said, calling the operations extremely "unprofessional and unsafe."

The reconnaissance lasted for over four hours, and the aircraft's minimum distance to the Chinese fleet was only about 400 meters, Ren said, calling the operations extremely "unprofessional and unsafe."

For a long time, the US side has been conducting close-range and long-lasting surveillance of Chinese ships and aircraft, creating disturbances, said Ren.

The provocative acts of the US side damaged China's security interests and endangered the officers and soldiers of both sides, Ren said, noting that such acts undermined and abused the free navigation rules of international laws.

These acts are the root of maritime safety problems between China and the United States, said Ren.

The Chinese side firmly opposes such moves, Ren said, urging the US side to stop the acts as well as stop discrediting China.

US urged to stop cyber theft, attacks on China

Ren urged the United States to stop cyber theft and attacks on China and to restore peace, security, openness and cooperation in cyberspace.

Ren made the remarks when asked to comment on a Reuters report that findings and analysis of antivirus firm Qihoo 360 revealed the Central Intelligence Agency hackers have engaged in an 11-year-long cyber infiltration and attack program against China's aviation sectors, scientific research organizations, internet companies and government agencies.

The United States, in violation of international law and basic norms governing international relations, has been engaging in large-scale, organized and indiscriminate cyber theft, surveillance and attacks against foreign governments, enterprises and individuals, the spokesman said.

"It is a repeat offender widely known to the international community," Ren added.

From WikiLeaks and the Edward Snowden case to the Switzerland-based Crypto AG case and the Qihoo 360 report findings, facts have shown that the United States is the world's number one secret stealer, the spokesman said.

"Once again we strongly urge the US side to immediately stop cyber theft and attacks on China and to restore peace, security, openness and cooperation in cyberspace," Ren said.