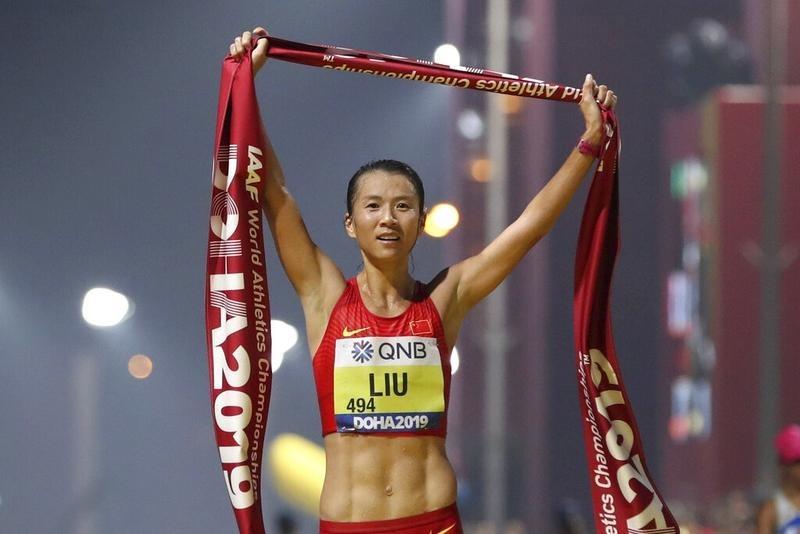 BEIJING - Olympic race walking champion Liu Hong admitted that she cannot rule out retirement ahead of the Tokyo Games after the International Olympic Committee (IOC) decided to postpone the event beyond this year because of the coronavirus outbreak.

Liu Hong, a mother of a 3-year-old girl had planned to retire after the Tokyo Olympics, which was originally scheduled to take place from July 27 to Aug 9, but now faces a dilemma

The mother of a 3-year-old girl had planned to retire after the Tokyo Olympics, which was originally scheduled to take place from July 27 to August 9, but now faces a dilemma.

"Our original plan was to finish the Games together, and then my husband could pursue his own career and I'd take care of our daughter. We've even decided to have another baby after the Games," Liu, who turns 33 in May, told the Beijing News.

"But now all plans have been disrupted."

With her sights set to defend Olympic title in Tokyo, Liu set out for winter training in Italy last December and could only return to China until mid March. She is now in self-isolation at a training base in Qinhuangdao city as a precaution to the COVID-19 pandemic.

"At this moment, I'm not sure if I can hold on for one more year," Liu said.

"It costs too much for an extra year-long wait. My daughter is going to the kindergarten, and my husband also has his own dreams. I can't neglect their needs.

"Anyway, I'll take a break for a while since the Olympics has been postponed."

2019 was a big year for Liu. Coming off a two-year maternity break, Liu won the 20km race walk title at the World Championships and also set a new 50km world record.

The winter training period in Italy witnessed an improvement compared with precious performances, according to Liu Xue, Liu Hong's coach and husband.

When asked if she would regret not being able to participate in her fourth Olympics, Liu replied "I came back from maternity break to test ourselves, and we made it. We won in the world championships. That's also a big achievement."

Liu believes that as an athlete, it's heartbreaking news about the Olympics being postponed, but it's the right thing for humanity.

"Just forget the things that we can't control, as long as everybody stays healthy," she said.