Waiting for end of COVID-19 in Wuxi 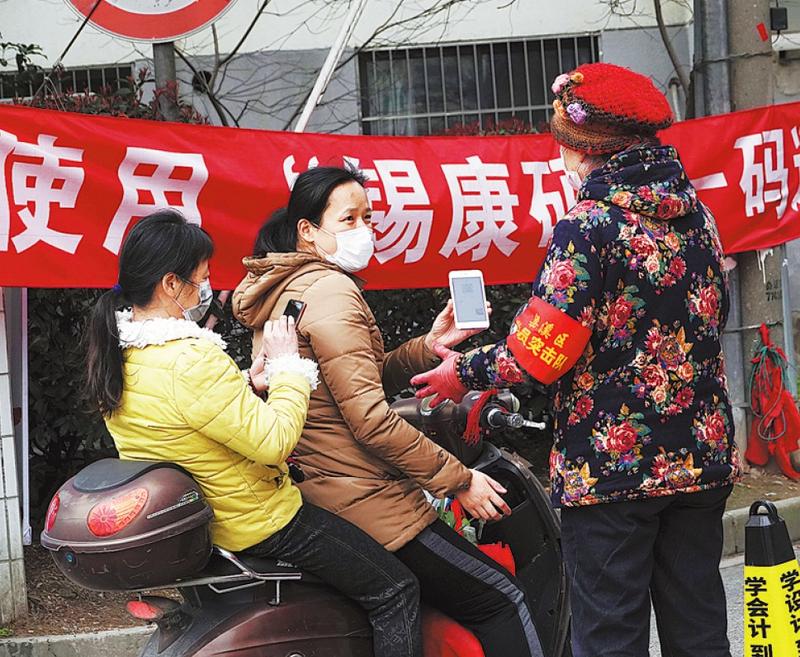 A volunteer checks the health QR code of a resident entering a community in Liangxi district, Wuxi, Jiangsu province, on March 3. (PHOTO PROVIDED TO CHINA DAILY)

A "black swan" event is one that seemingly comes out of nowhere and has significant, sometimes life-changing consequences. In my lifetime, I have experienced my own share of black swans, from the 9/11 terrorist attacks to the 2008 "Great Recession"－both of which had enormous consequences, including some that were not apparent until much later.

Having spent the last few years living in Wuxi, in East China's Jiangsu province, I can now add the recent novel coronavirus epidemic to the list, with it having transformed life in an amazingly short period of time.

I vaguely remember it entering my consciousness in December. Just another news story I quickly scanned without absorbing any of the detail, in some part of China I'd never visited. It wasn't going to impact me, surely. Christmas came and went, a new decade began and the virus remained another news story I ignored each morning.

For me, it was the week leading up to Spring Festival when it became a "thing". It was spreading around the country and was now leading the national news, and I was suddenly working from home.

Life began to change rapidly. The roads surrounding my apartment were unusually quiet and became almost deserted as February wore on. As the virus spread, and provinces started to introduce various travel restrictions, supermarkets in Wuxi started to have gaps on the shelves, and nothing else was open.

I considered returning home, particularly after my home country advised its citizens to leave the Chinese mainland immediately. While this may seem irrational now, it certainly didn't feel that way at the time. The situation felt like it was deteriorating fast, and the modern plague of constant commentary by self-appointed experts on social media probably made it seem worse than it was.

Gradually, things started to come into focus. New systems were introduced to help people prove their health status; everyone in Wuxi received their own health QR code, which they can have scanned before entering a residential area or commercial premise, proving they haven't visited the worst-hit areas of the country.

For me, a friend's trouble-free visit to a hospital felt reassuring, dissipating images in my head of overwhelmed hospitals unable to treat non-virus related ailments.

As the days went by, the scale of the national effort to assist virus-hit Wuhan, then the epicenter of the outbreak, became clear. While many were impressed by the speedy construction of temporary hospitals to house the sick, for me it was the numerous stories of doctors and nurses working long shifts in uncomfortable protective clothing that have stayed on my mind. Ensuring every second was spent working, many of them took to wearing adult diapers to avoid the need for toilet breaks－a sacrifice I can't imagine making myself.

New measures were quickly brought in to reassure China's foreign residents. Many expats I know had questions and concerns, with everyone anxious to understand the new travel restrictions and how government services would be provided during the epidemic. In Jiangsu, a multilingual hotline was set up, anyone could call with questions. An automatic two-month extension of expiring resident permits has undoubtedly helped soothe anxieties.

Now, life here is returning to normal－or a form of normal. It won't be the same as it was before, not for a while at least. I can imagine face masks becoming part of everyday attire, and people will be left with the collective memory of disruption the virus will leave behind.

With the virus now impacting countries across the world, any thoughts of leaving China have certainly been banished for me.

It is certainly sad to see people's lives thrown into chaos by this invisible disruptor, and the global economic damage will surely be significant.

Yet, there are still reasons to be cheerful. Adverse circumstances often brought out the best in people when the virus was at its height in China－it will no doubt be the same in other countries.

And, while this has been a personal black swan, it clearly hasn't been for many health experts, which is undoubtedly why work on a vaccine is progressing fast. This virus can be contained－that was shown here. Let us hope it can be contained everywhere.

James Skinner is a contributing editor at China Daily with an MA in International Relations. He has a particular interest in British and American politics, as well as global security issues.