Performers adapt to the online stage

As shows are canceled or postponed, livestreaming takes off 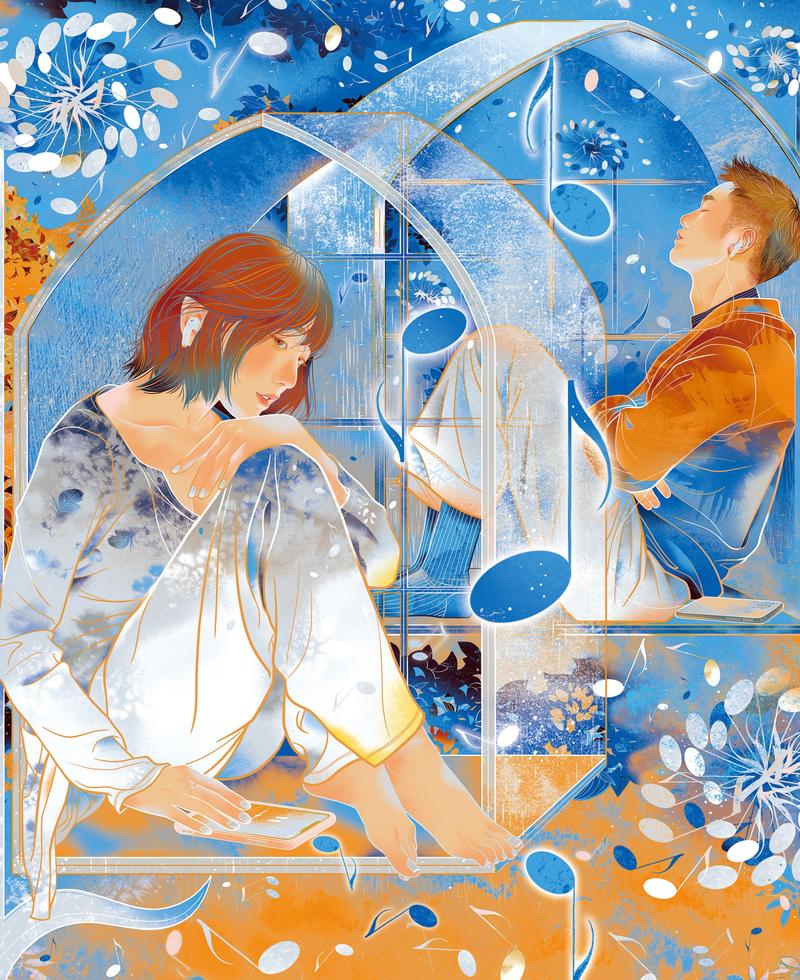 Xu Bo wore his favorite cap, picked up his guitar and adjusted his microphone before performing a range of his songs, including Day Dreaming and Game On.

The 34-year-old lead vocalist, songwriter and founder of indie rock band Chinese Football has staged three livestreaming performances since Feb 14, with each lasting about 30 minutes and attracting more than 10,000 views.

"I had never done any performance like that before, so it has been a totally different experience from singing in front of large, noisy crowds at a live house venue or at an outdoor music festival. It's just me singing my songs and chatting with the audience," said Xu, who has given all the performances from his home in Wuhan, Hubei province.

It feels more intimate when I communicate with audiences through online streaming. It’s more like talking to my friends

Born and raised in the city, the former epicenter of the novel coronavirus pneumonia outbreak, Xu, like millions of residents, has stayed at home as much as possible since January.

He has had to postpone plans for the band, which was scheduled to release a new album and tour Europe for the first time in April and May.

During the outbreak, Xu has been fully occupied with songwriting, practicing guitar and performing his music online. He has posted video footage on his Sina Weibo platform each day of himself performing his original songs or singing cover versions by other artists. The performances have been watched mainly by his longtime fans.

"But what surprised me was that when I gave livestreaming performances, I realized I was attracting new fans to my music", Xu said. "This seems to be a new way for me to introduce my music and to interact with my fans. I am getting used to the new platform."

Due to the outbreak, nearly 8,000 performances nationwide have been canceled or postponed this month, resulting in lost ticketing sales of 1 billion yuan (nearly $142 million), according to a report from the China Association of Performing Arts on March 2.

The report said that this year had been expected to be a significant one for the country's performing arts market, with venues, such as theaters and stadiums, having already been booked for the fourth quarter.

Because of the outbreak, performances scheduled for the past two months have been called off or postponed, but there is expected to be a gradual recovery during the second half of this year.

Major venues, such as the National Center for the Performing Arts and the Tianqiao Performing Arts Center in Beijing and the Shanghai Grand Theater and the Mercedes-Benz Arena, also in Shanghai, have canceled or postponed shows. Smaller live house venues and outdoor music festivals have also taken such steps. 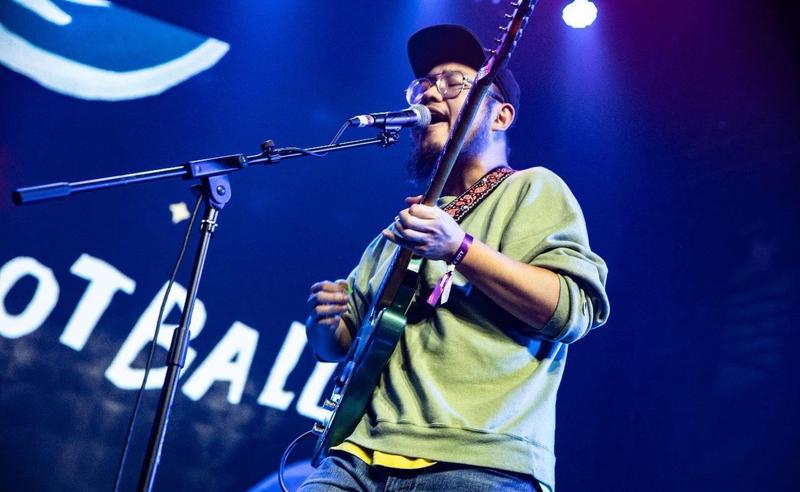 Zhu Ning, a former drummer and the owner of VOX, Wuhan's oldest live house venue, which he launched 15 years ago, said: "Since January, we have canceled or postponed more than 100 performances due to be given by indie musicians from home and abroad. It's a heavy blow to us."

VOX also has two branch venues－in Chongqing and Chengdu, capital of Sichuan province, in addition to that in Wuhan, which has become a base for indie music lovers.

However, amid the outbreak, Zhu has turned to the internet. Since early January, VOX has been staging an online event, in which indie musicians share their music through the Bilibili short-video livestreaming platform. To celebrate the venue's 15th anniversary, six indie bands from Wuhan will give livestreaming performances through this platform on Saturday and Sunday.

"This could help generate more awareness of VOX as a venue where indie musicians can livestream their shows without a stage set, lighting and a real audience. It's just about them playing their own music," Zhu said.

In 2018, the market value of Chinese livestreaming platforms reached nearly 50 billion yuan, and an estimated 397 million people used such platforms that year, according to a report by the China Association of Performing Arts.

Livestreaming has been adopted as new lifestyle by young Chinese confined to home by the outbreak. Major online platforms offering performances by indie singer-songwriters include Bilibili and Douyin. They target young people, with the number of daily users ranging from 100 million to 400 million.

According to QuestMobile, a big data intelligence service provider for the nation's mobile internet market, due to the outbreak, people spent 21.5 percent more time on the internet last month than in early January.

On Feb 7, Netease Cloud Music, one of the country's major music streaming services, launched the online program Bedroom Music Festival. Streamed every Tuesday and Saturday night and featuring performances by more than 50 Chinese singer-songwriters, the program has attracted audiences of more than 16 million.

From Feb 7 to 19, Beijing company Stallion Era, which focuses on promoting world music, launched seven groups performing online. They included Huun-Huur-Tu, a band from Tuva, an area in Russia on the Mongolian border, and Japanese musician Suzuki Tsunekichi. Each show attracted more than 2,000 views.

On March 9, Blue Note China announced a series of streaming programs, which began four days later and were staged from 8 am to 10 am via the online video provider Youku. The performers included drummer Will Calhoun and guitarist Lee Ritenour, both Grammy winners.

The online program offered Chinese audiences free shows held at the Blue Note New York jazz club, staged in collaboration with the venue and supported by technicians from China and the US.

The Beijing venue, which opened in 2016, is the first Blue Note branch to be launched in China. It has hosted some of the biggest names in jazz, including bassist Stanley Clarke and pianist Chick Corea, another two Grammy winners.

In September, the Blue Note label launched its tenth club worldwide in Shanghai, its second to open in China. However, due to the outbreak, some 114 shows have been canceled or postponed at the two Chinese venues from last month to April.

Shen Lihui, founder of the Chinese recording company Modern Sky, said in an interview with online media platform 36Kr Media on March 1, "Online streaming seems to be our only choice to keep the music playing."

Organizer of the Strawberry Music Festival, one of China's largest outdoor music events, which was launched in 2009, Modern Sky has postponed plans for this year's festival, which usually opens in Wuhan, tours many cities and attracts an average daily audience of 20,000.

From Feb 4 to 8, Modern Sky staged the online streaming program Hi, I Am at Home Too, featuring more than 70 indie music groups, including pop rock band New Pants. From Feb 22 to 28, the program was joined by nearly 100 acts, including Chinese-American rapper Victor Ma, pop rock band Dada and singer-songwriter Zhong Yixuan. The total number of views exceeded 2 million.

One of the most-watched shows streamed by the company was a performance by Dada on Feb 26, with the four band members, led by singer-songwriter Peng Tan, performing their hit song South from their homes in Beijing and Wuhan.

Written by Peng and released in 2002, the song, which depicts him longing for his hometown of Wuhan, resonates among his fans 18 years on. 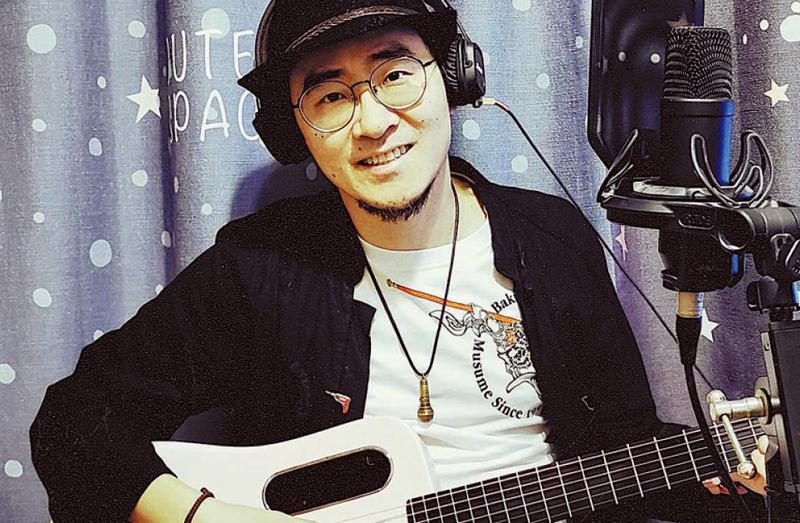 Founded in 1996, Dada was one of the most popular pop rock bands in the country, before splitting in 2006.In the autumn last year, Peng announced that the band was reuniting and had signed with Modern Sky in Beijing. However, due to the outbreak, it has had to postpone its plans for the immediate future.

In addition to performing songs, indie musicians are sharing their activities at home, such as cooking and exercising, through online streaming.

Cao Shi, founder and lead vocalist with Chinese rock band Black Head, said: "It feels more intimate when I communicate with audiences through online streaming. It's more like talking to my friends.

"I like reading the messages fans tap out on the screen. I also respond to their questions. It's a fresh experience for us. It's really surprising to see that people are not only interested in my music online but also want to see me cooking local Shaanxi dishes."

Cao, 42, who was born and raised in Xi'an, Shaanxi province, and joined Modern Sky's online streaming program early last month, launched the band in 2007. He found fame by combining rock music with the Shaanxi dialect and high-pitched Qinqiang Opera, which started in the Qin Dynasty (221-206 BC) and was added to the country's list of intangible cultural heritage in 2006.

Cao said the band members are staying at home in Xi'an and have regular meetings online to discuss songwriting and plans for when the outbreak ends.

"It's hard for us to get together to rehearse right now, but looking on the bright side, we have been able to slow down, concentrate on songwriting and stay at home with our families," he said.

In addition to indie musicians, many other artists have taken to social media platforms to continue performing.

Peking Opera players from the Jingju Theatre Company of Beijing and the Nanjing Peking Opera Troupe in Jiangsu province have staged online rehearsals for the companies' new production, Death of Guangxu Emperor.

A combination of genres, including singing, dancing, acrobatics and martial arts, Peking Opera, or jingju, has a history of more than 200 years, and UNESCO declared it an Intangible Cultural Heritage of Humanity in 2010.

The new production, directed by Li Zhuoqun and which is the first collaboration between the two companies, centers around the last 10 days of the emperor's life and his failed Hundred Days of Reform.

"We haven't stopped working on the production, from the music to the costume design. Everything is done through the internet," said Li, a 34-year-old director and scriptwriter.

Since Feb 17, crosstalk, or xiangsheng, performers from the Hip-hop Crosstalk Club in Beijing have been streaming shows online every night from 8 pm.

Led by Gao Xiaopan, the club's founder, the artists perform for about two hours, featuring crosstalk in different forms. These include: dankou or monologue; duikou (performed by two actors); and qunkou (performed by three or more people). Other traditional Chinese folk art forms are featured, such as pingshu (storytelling) and kuaiban (a traditional Chinese talk show recited to the rhythm of bamboo clappers).

Xiangsheng performers traditionally stage a show called fengxiang at the end of the lunar year. To mark the start of a lunar year, they give a performance titled kaixiang.

Gao, 35, who founded the club in 2008, said, "We gave our kaixiang performance online for the first time and all such shows we stage are free."

The club is popular with young Chinese audiences, as the players, clad in long robes, give a contemporary twist to performances.

"Xiangsheng is a kind of comedy and about making people laugh－a meaningful purpose during these difficult days in particular," Gao said.