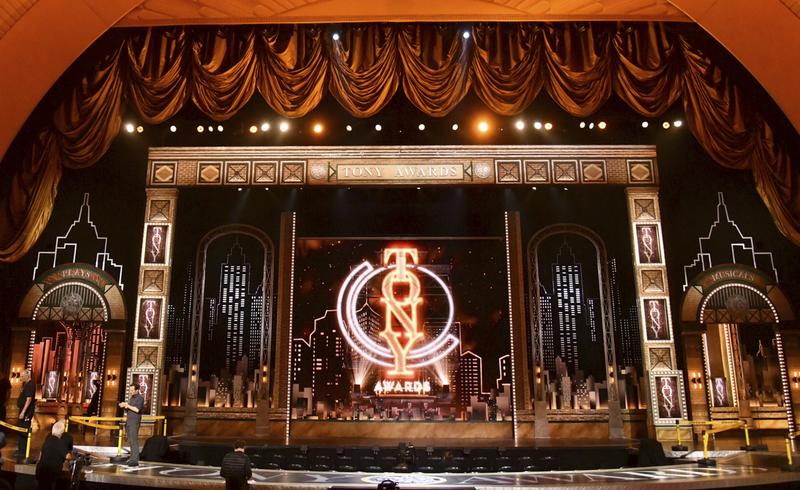 This June 9, 2019 file photo shows the stage prior to the start of the 73rd annual Tony Awards at Radio City Music Hall in New York. The 74th Annual Tony Awards, scheduled to air live on the CBS Television Network on Sunday, June 7, will be postponed and rescheduled at a later date. (CHARLES SYKES / INVISION / AP)

The annual Tony Awards ceremony celebrating the best in Broadway theater was postponed indefinitely on Wednesday, the latest big cultural event to fall victim to the coronavirus pandemic.

The awards ceremony had been scheduled to take place in New York City on June 7 and was to have been aired on CBS.

Broadway theaters were closed two weeks ago as part of the effort to contain the spread of the disease in what has become the epicenter of the US outbreak.

Organizers said in a statement that the Tony Awards “will be postponed and rescheduled at a later date. ... The health and safety of the Broadway community, artists and fans is of the utmost importance to us.

“We are looking forward to celebrating Broadway and our industry when it is safe to do so,” the statement added.

The Tony Awards for plays, musicals, directors and performers are regarded as the highest honors in the American theater world.

Multiple cultural events involving large gatherings have been canceled or postponed in recent weeks, including France’s Cannes film festival, the Glastonbury and Coachella music festivals in Britain and California, respectively, and the 2020 Summer Olympics in Tokyo.