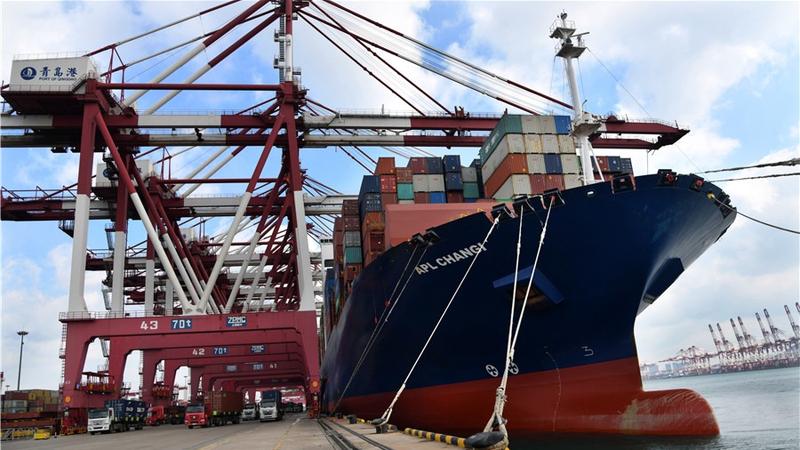 Containers are unloaded from a ship at a port of Qingdao, East China's Shandong province, on Feb 17, 2020. (PHOTO / XINHUA)

BEIJING - China's foreign trade sector has the resilience and growth potential to weather the impact of COVID-19, a national trade promotion agency said.

The epidemic may prompt investors in relevant countries to seek safer investment destinations, leading to further gathering of international industries in China.

Gao Yan, Head of China Council for the Promotion of International Trade

While COVID-19 has brought uncertainties to trade development, China has rolled out a string of policies to stabilize the growth of the sector, Gao said in an interview with an official publication under the National Committee of the Chinese People's Political Consultative Conference.

Citing a CCPIT survey on foreign companies operating in China, Gao noted that foreign firms are still bullish on the prospects of the Chinese market.

The epidemic has brought fresh investment opportunities in sectors including medical science and artificial intelligence, Gao noted, adding that investments from countries along the Belt and Road has seen continued growth despite the epidemic.