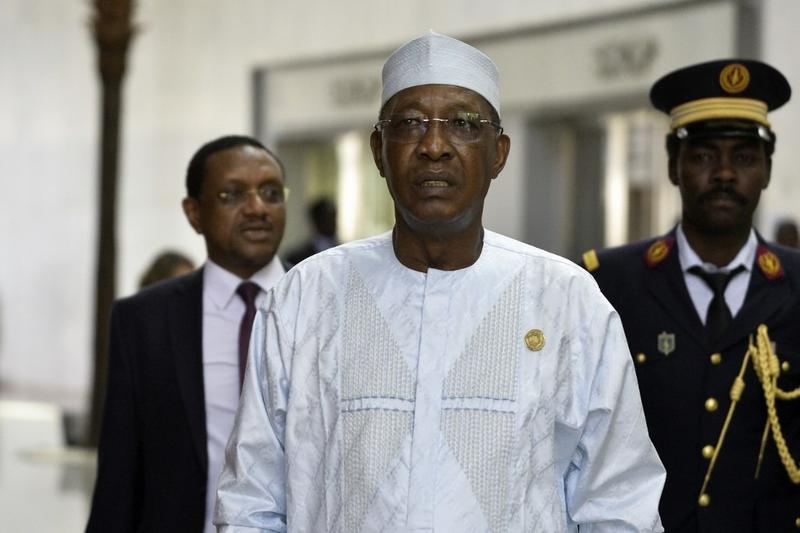 I have taken part in many operations ... but never in our history have we lost so many men at one time

The soldiers were attacked on Monday on the island village of Boma in the swampy Lake Chad zone in the west of the country, where the armies of Chad, Nigeria and Niger have been fighting the Islamist militants for years.

“I have taken part in many operations ... but never in our history have we lost so many men at one time,” Deby said during a visit to the site on Tuesday.

Deby gave an initial death toll of 92 and 47 wounded. Three military sources told Reuters on Wednesday that the number of dead had risen to 98.

Footage on state TV showed Deby, who has ruled Chad since 1990 and survived several rebellions and coup attempts, walking among the charred remains of burned-out vehicles.

ALSO READ: Gunfire heard in cities as Nigerians finally go to the polls

The Boko Haram insurgency, which erupted in northeast Nigeria in 2009, has killed more than 30,000 people and forced about 2 million to leave their homes.

Further afield in Mali, Burkina Faso and western Niger, al Qaeda and Islamic State-linked militants are expanding their presence and have killed hundreds of troops over the last six months.

Deby has deployed troops to counter these groups in the Sahel and Lake Chad region.

Chad’s armed forces are among the most respected in the region - a reputation forged during decades of war and rebellions, and honed in a 2013 campaign against al Qaeda-linked Islamists in the deserts of northern Mali.

Chad is one of France’s closest allies in its Operation Barkhane regional counter-terrorism push.