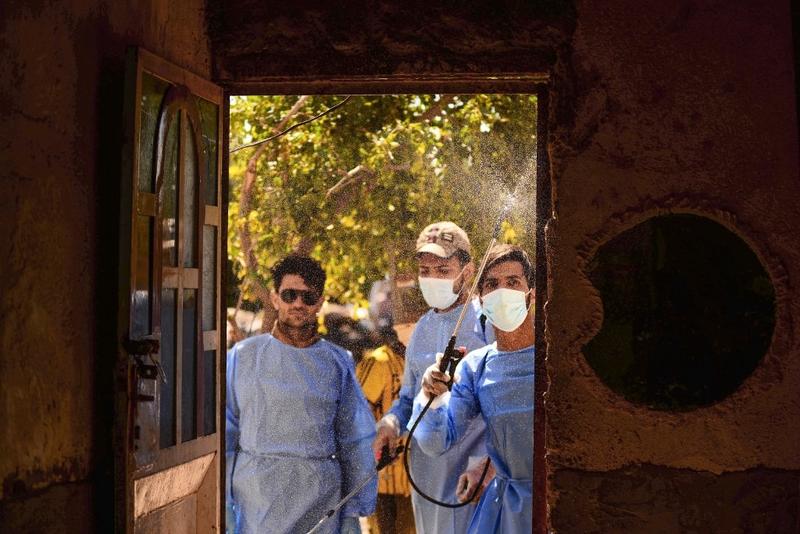 Workers sprays disinfectant at the entrance of a house in an impoverished neighbourhood in the central Iraqi holy city of Najaf on March 23, 2020 amid the COVID-19 coronavirus pandemic. (HAIDAR HAMDANI / AFP)

RIYADH/DUBAI - A dozen countries in the Middle East and Central Asia have asked the International Monetary Fund for financial support in dealing with the coronavirus, and the Kyrgyz Republic is likely to receive the first emergency disbursement, the fund said.

The IMF said it was working to expedite approval of emergency funding requests from the region, and a first disbursement since the outbreak would be considered this week for the Kyrgyz Republic

Governments should spare no expense to help their health systems and strengthen social safety nets, despite already squeezed budgets, Jihad Azour, director of the fund’s Middle East and Central Asia Department, wrote in an IMF blog.

“Economic policy responses should be directed at preventing the pandemic — a temporary health crisis — from developing into a protracted economic recession with lasting welfare losses to the society through increased unemployment and bankruptcies.”

He said central banks should be ready to provide liquidity to banks particularly to support lending to small and medium-sized enterprises, while conventional fiscal measures to support the economy - such as spending on infrastructure - could be considered once the crisis begins to dissipate.

The IMF said it was working to expedite approval of emergency funding requests from the region, and a first disbursement since the outbreak would be considered this week for the Kyrgyz Republic.

“With three-quarters of the countries reporting at least one confirmed case of COVID-19 and some facing a major outbreak, the coronavirus pandemic has become the largest near-term challenge to the region,” Azour said, referring to the disease associated with the virus.

Fragile and conflict-torn states such as Iraq, Sudan and Yemen, face an especially daunting challenge. 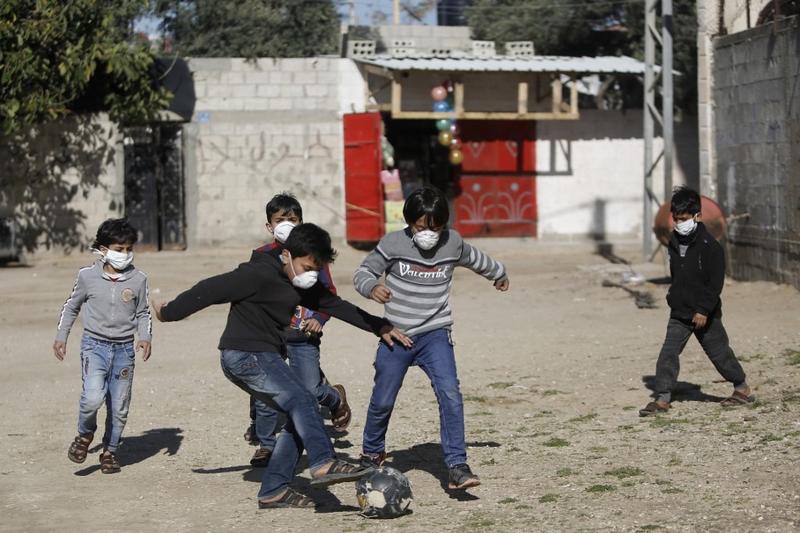 Boys wearing protective and N95 masks play with a football outside their homes in Gaza City on March 22, 2020. (MOHAMMED ABED / AFP)

The Washington-based international crisis lender said the region was facing simultaneous shocks due to reductions in trade, drops in domestic and external demand, disruptions in production and tightening financial conditions.

“The intertwined shocks are expected to deal a severe blow to economic activity in the region, at least in the first half of this year, with potentially lasting consequences,” said Azour.

Lower revenues for oil exporters would put pressure on their budgets, “spilling over to the rest of the economy”, he said.

Tourism has been hit in countries where it has an important role for the economy, such as Egypt and the United Arab Emirates. There will be “wide reverberations if unemployment rises and wages and remittances fall” given the large number of people employed in the service sector, he said.

Azour said spikes in global risk aversion due to the outbreak and the flight of capital to safer assets had led to a decline of nearly US$2 billion in portfolio flows to the region since mid-February, where bond spreads have spiked recently.

“Such a tightening in financial conditions could prove to be a major challenge, given the region’s estimated US$35 billion in maturing external sovereign debt in 2020.”