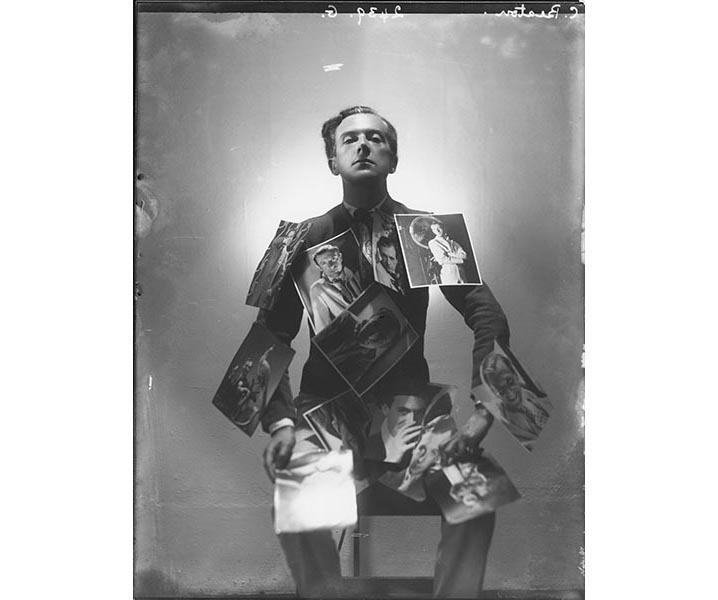 Fans of the famed 1945 novel Brideshead Revisited by Evelyn Waugh, which charts the relationship between Charles Ryder and the flamboyant Sebastian Flyte, may not have realised that the latter character was based on a real-life persona – Stephen Tennant, a flâneur in 1920s England whose sole aim in life was “to do as little as possible”. Tennant also inspired the character of Cedric Hampton in Nancy Mitford’s 1949 novel Love in a Cold Climate. 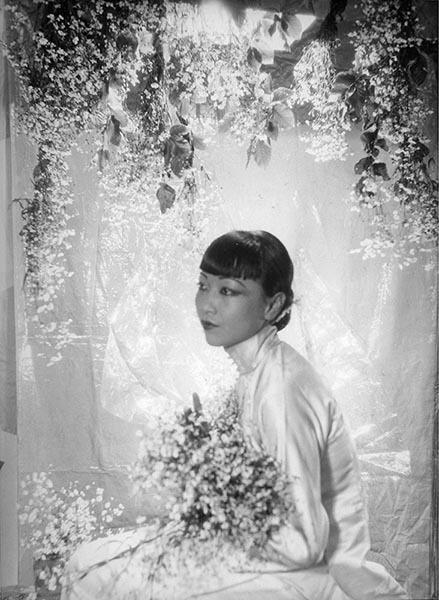 This, among a host of other insights, is one of the discoveries made by exploring the extravagant world of the glamorous and stylish Bright Young Things of the 1920s and 30s, seen through the eyes of photographer Cecil Beaton, at London’s National Portrait Gallery until June 7.

Beaton was friends with many of those he shot, and his subjects run the gamut: famed costume designers (Oliver Messel), composers (William Walton), socialites (Edwina Mountbatten and Diana Mitford), actresses (Anna May Wong and Tallulah Bankhead) and ballet dancers (Tilly Losch). There’s even Dolly Wilde, writer Oscar’s Wilde’s niece, and the bejewelled Lady Alexander, whose husband produced Wilde’s comedies and became one of Beaton’s early patrons.

Beaton was such a social butterfly and magnet that he became a much-photographed figure and a celebrity in his own right. A middle-class suburban schoolboy, he used his artistic skills and ambition to become part of a world he wasn’t born into. Yet, throughout the ’20s and ’30s, his photographs place his friends and heroes under perceptive, colourful and sympathetic scrutiny.

In the end, he outgrew the period and became a distinguished war photographer for the Ministry of Information. Post-war, he evolved into a photographer for Britain’s royal family, propelling them into the modern age. He was also a set and costume designer for theatre and film during the golden age of Hollywood (for which he won three Oscars), as well as a painter, illustrator and essayist.

Beaton was knighted in 1972; by the time a stroke had curtailed his work, he had shot an inventory of the 20th century’s most luminous figures, from Greta Garbo to Picasso, from Queen Elizabeth II to Winston Churchill, from Coco Chanel to Audrey Hepburn and Marilyn Monroe, and from David Hockney to Andy Warhol. Just days before he died in 1980, he had written to the Queen Mother asking to take her 80th-birthday portraits. 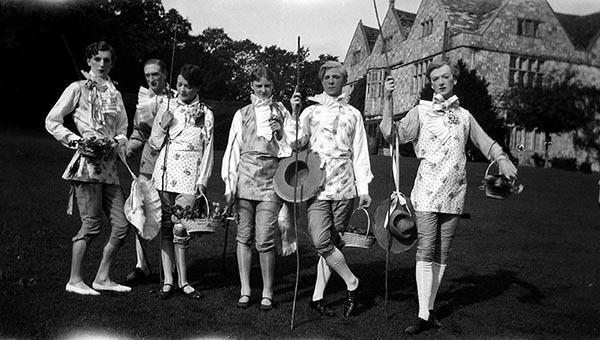 The Bright Young Things at Wilsford by Cecil Beaton, 1927

“The exhibition brings to life a deliriously eccentric, glamorous and creative era of British cultural life,” says Robin Muir, curator of Bright Young Things and a contributing editor to Vogue (to which Beaton himself contributed for more than 50 years). “It combines high society and the avant-garde, artists and writers, and socialites and partygoers, all set against the rhythms of the Jazz Age.” 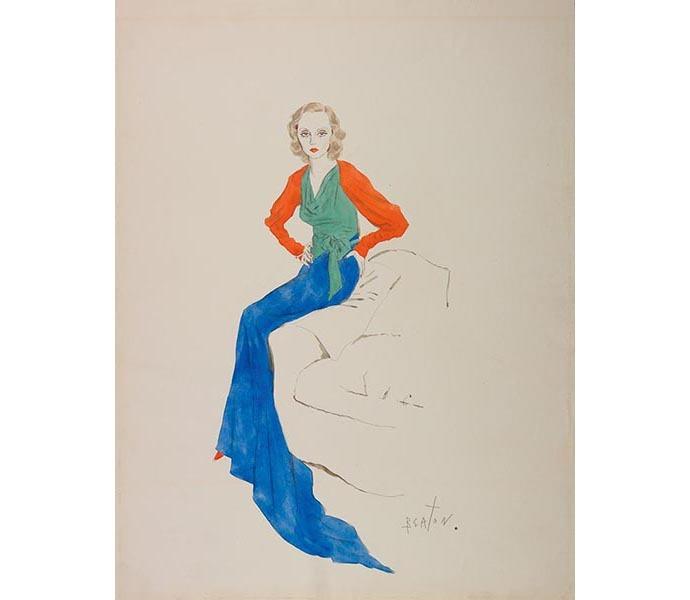 Tallulah Bankhead by Cecil Beaton, 1932. The Museum of the City of New York 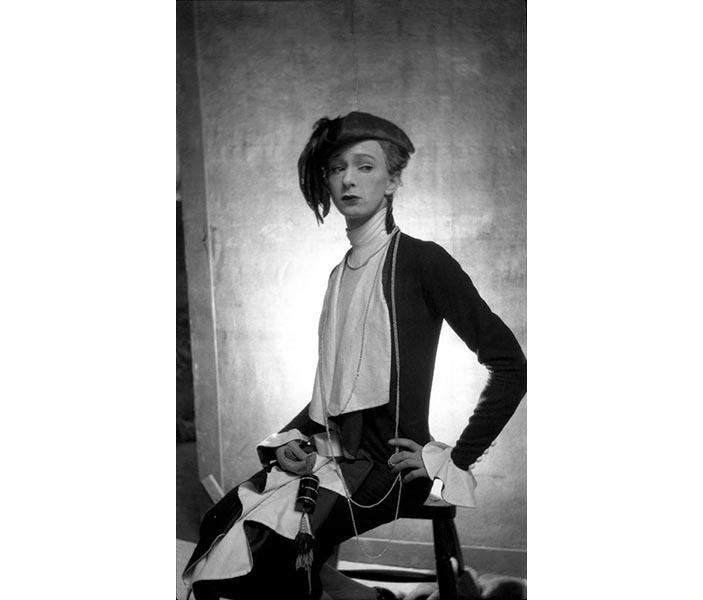 Edward Le Bas as Mrs Vulpy in The Watched Pot by Cecil Beaton, 1924 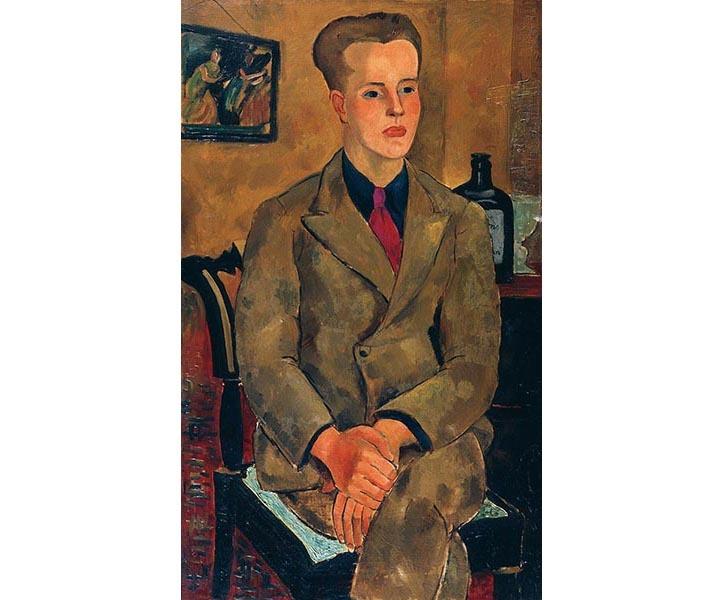 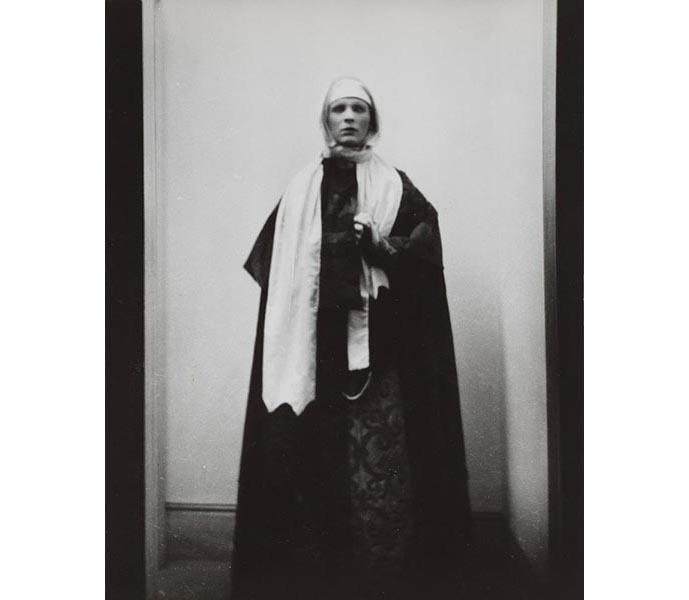 George ‘Dadie’ Rylands as the Duchess of Malfi by Cecil Beaton, 1924 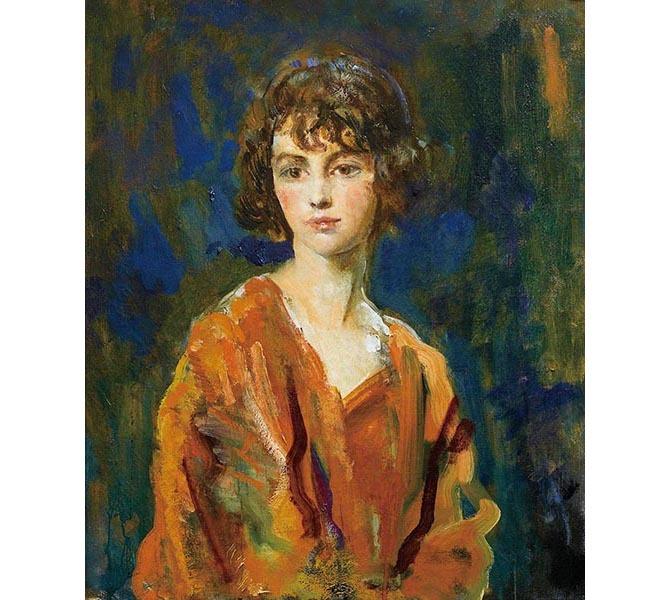 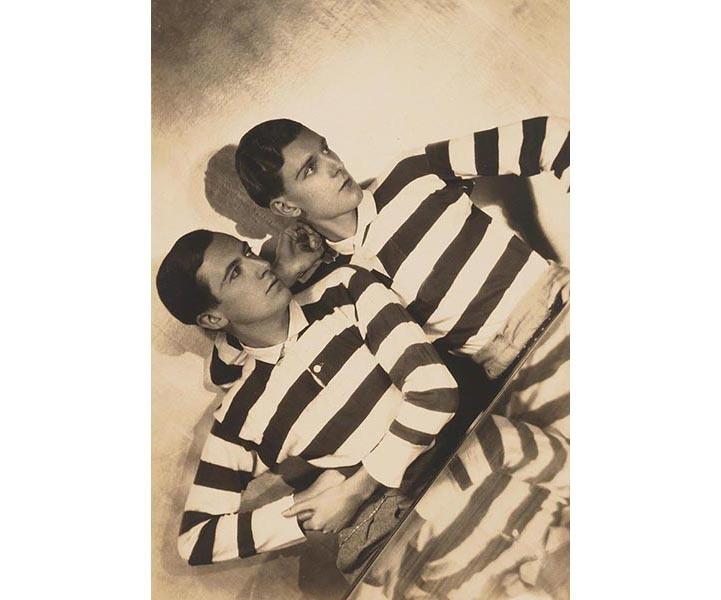 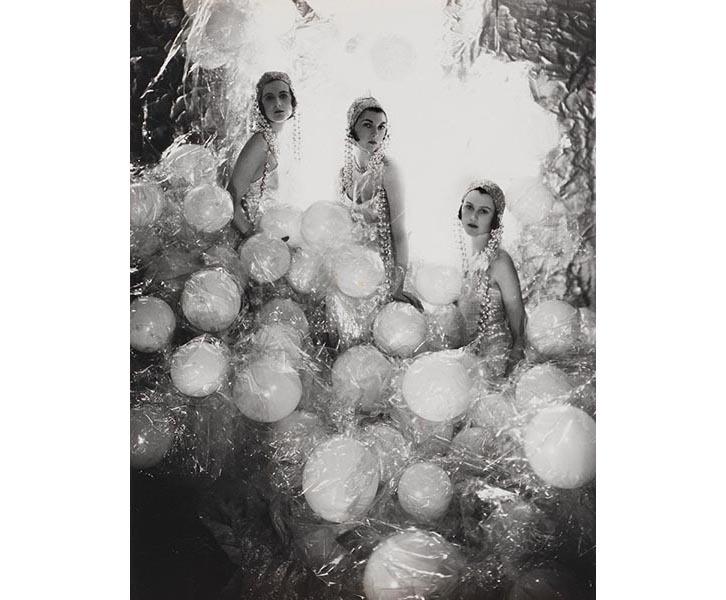 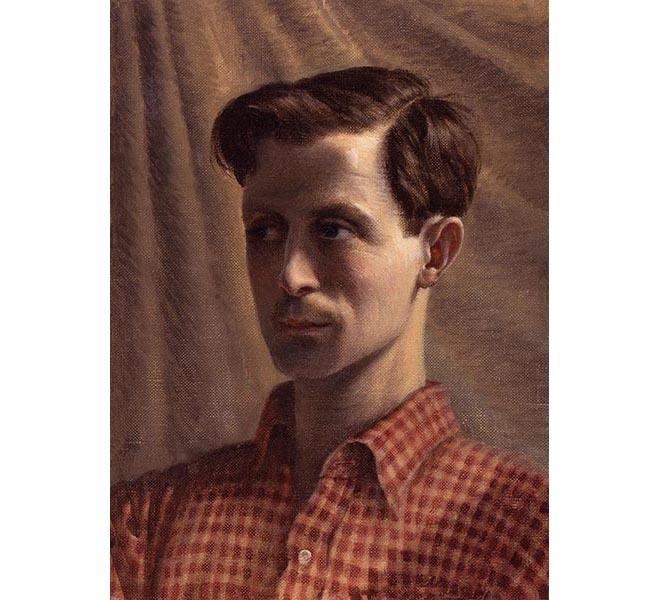 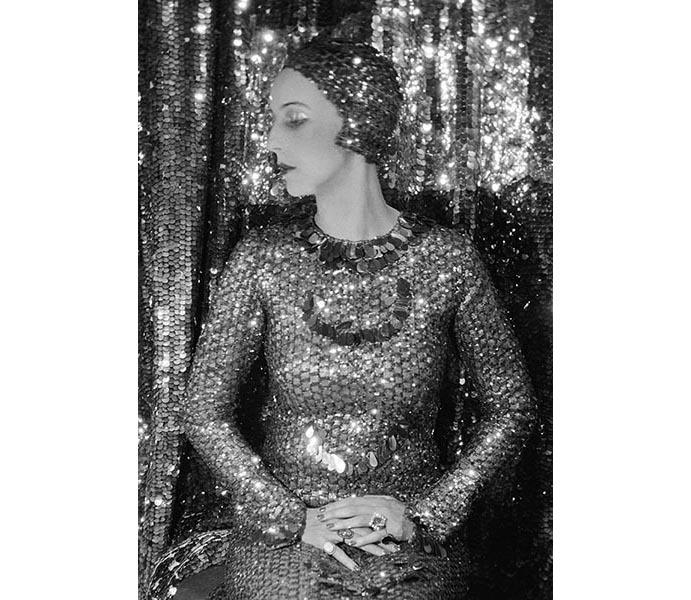 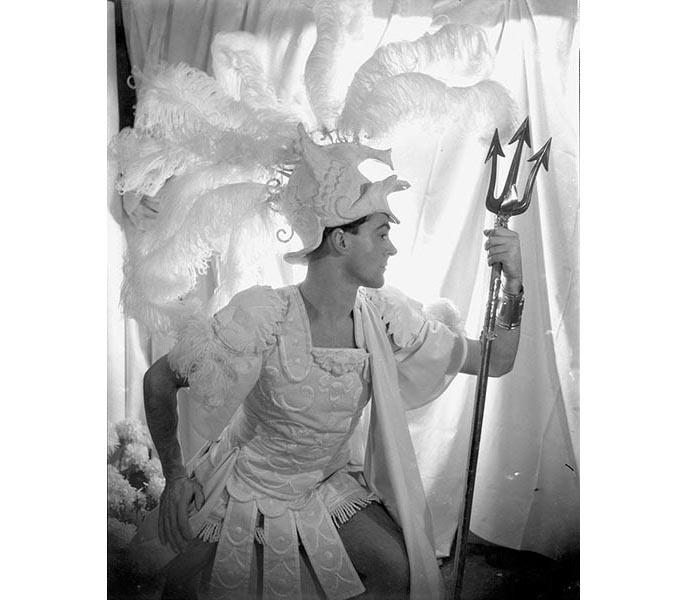 Oliver Messel in his costume for Paris in Helen! by Cecil Beaton, 1932 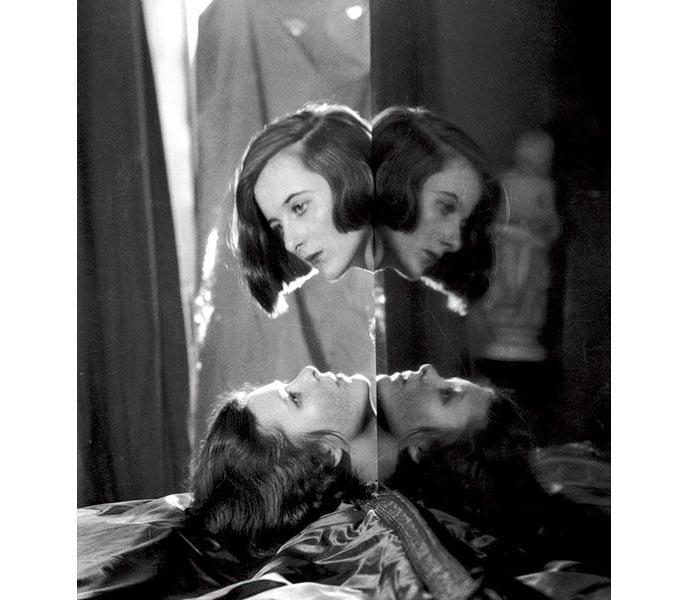 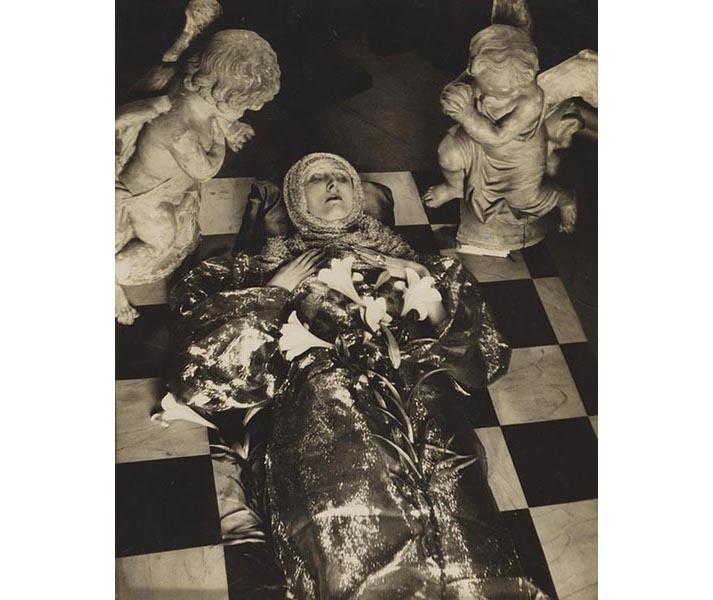