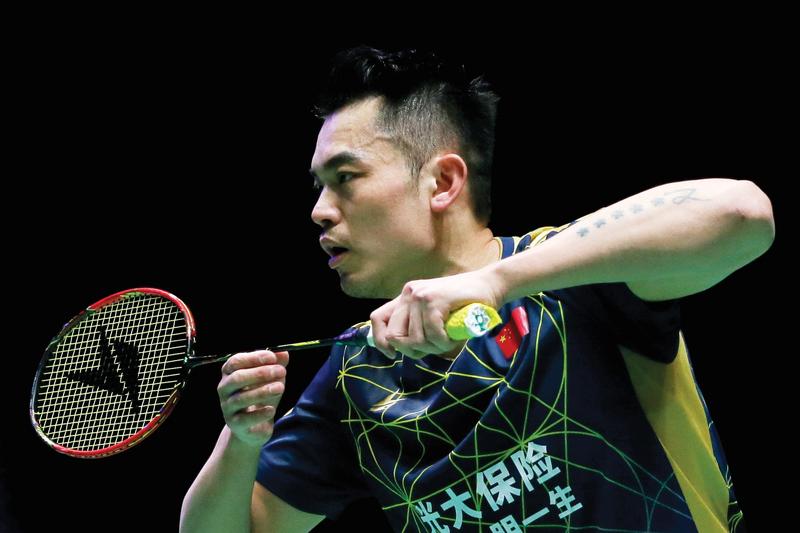 After losing to Chen Long at the All England Open on March 12 and the subsequent suspension of the tour, Chinese great Lin Dan’s hopes of qualifying for the Tokyo Olympics have all but vanished. (PHOTO / XINHUA)

As his slim chances of a fifth Olympics dim amid the coronavirus crisis, the final curtain has started to descend on the career of badminton great Lin Dan.

With all international events, including multiple Olympic qualifiers, suspended until April 12 due to the pandemic, China’s double Olympic champion has almost certainly failed in his attempt to qualify for a fifth consecutive Games in Tokyo. Lin’s qualifying points deficit is too big to make up ahead of the April 26 deadline. As per Badminton World Federation rules, a team can send a maximum of two players to the 34-draw singles event in Tokyo should they both rank within the top 16 as of the cut-off time.

Despite the BWF on March 14 hinting at a possible extension of the qualifying period, it is almost impossible for 30th-ranked Lin to overtake higher-ranked compatriots Shi Yuqi (13th) and Chen Long (fifth). Lin trails Shi by over 11,000 points with only one qualifying event — the April 21-26 Asian Championships — remaining, for now, following the suspension.

Like it or not, it is time for the global badminton community to bid farewell to “Super Dan”, who has collected back-to-back Olympic golds (Beijing 2008 and London 2012) and five singles world championship titles over two decades to boast the most successful career the sport has ever seen.

However, the 36-year-old’s waning powers have been underlined by 21 first-round losses since his last standout run at a major championship — the 2017 worlds.

Having lost in the opening round at his first three events this year, Lin showed a fleeting glimpse of form on March 11 at the All England Open in Birmingham, where he staved off two match points to defeat Thailand’s Kunlavut Vitidsarn, an opponent half his age. Tellingly, that 13-21, 22-20, 21-10 victory was his first this season.

Yet a straight-set loss in the second round to reigning Olympic champion Chen denied Lin’s hopes of earning enough points to keep his Tokyo 2020 dream alive at the prestigious event, where he has won six times out of his 17 appearances since his debut in 2002. Known as the most complete player on tour in his prime, Lin’s ferocious attack, dramatic pace changes and tight defense have all declined in recent years.

Although reluctant to write himself off, Lin’s diminishing physicality in the rapid-fire racket sport has compromised his competitiveness.

Despite retirement rumors resurfacing following each of his early exits this season, Lin has consistently said he would not hang up his racket until his body tells him to.

“For a player at 36, I might be too old to continue playing at the top level. However, for a person who is ready to devote all his life to the game of badminton, I believe I have just started,” Li wrote on his Weibo account on his birthday on Oct 14 last year.

“Thanks for everybody’s support. I will continue moving forward.”

Lin’s most recent comments on his future in the sport came after a first-round loss to Chen at last November’s China Open in Fuzhou, Fujian province. “I don’t pay much attention to the rumors,” Lin said after that 2-1 defeat. “I think it’s too early to talk about retirement. I won’t give up trying to qualify for the 2020 Olympics until the last minute. This (loss) is tough, but it’s also meaningful.”

For Lin’s diehard fans, seeing him battle on is perhaps preferable to waving goodbye to a golden era of badminton which began in the early 2000s and saw Lin battle for supremacy with three other now-retired giants — Malaysia’s former world No 1 Lee Chong Wei, Indonesia’s 2004 Olympic champion Taufik Hidayat, and Danish legend Peter Gade.