A pharmacist processes TCM granules at the Gansu Provincial Hospital of TCM in Lanzhou, Gansu province, on Feb 20. (PHOTO / XINHUA)

COVID-19 pandemic. With the help of these practitioners as well as the universities and charities, packages of TCM medications are handed out to the most vulnerable segments of the population — the elderly.

Since February, the School of Chinese Medicine of Hong Kong Baptist University (HKBU) has given away free Chinese medicine at its clinics and at eldercare facilities. The specially prepared medications have a twofold purpose, to fortify the body’s immune system and to uplift the recipients’ spirits, giving a sense of optimism and self-confidence.

The school does something like this every year during flu season — giving out medicines free of charge to patients over 65.

Chair Professor and Director of the Clinical Division at the School of Chinese Medicine of HKBU Bian Zhaoxiang and his team tailor-made this year’s preparation, focusing on tuning up the immune system and fortifying a spirit of optimism.

In the first week of March, Cheung Chan-chu, 70, got one of the free packs from Lok Sin Tong, a charity group that has provided free medications since the early days of its setting up in the mid-1700s. “It was the first time I ever was given free Chinese medicine. The donation and the free delivery were heartwarming,” said Cheung.

The organization provided free burial services in the early days, and later expanded its services to healthcare, education and welfare for the elderly.

Cheung said she knows of many others who have picked up HKBU’s Chinese medicine package since the Chinese New Year and recommended it to their friends and families.

“Thanks to the medicine, we elderly people are feeling optimistic and no panic.” She noticed that ginseng is listed among the ingredients. “It is a kind of precious Chinese medicine and good for health,” Cheung said.

Cheung recognizes that TCM treatment is a gradual process, affecting the body slowly, at least when compared to Western medicine. She does not expect three doses of Chinese medicine will make her immune to the virus but she does believe it will make her stronger if she comes in contact with it.

Polly Seto Man-yee, unit-in-charge of Hong Kong Sheng Kung Hui’s Tai Wo Neighbourhood Elderly Centre, said many recipients told her the medicine is not as bitter as Chinese medicine usually is and that they sleep better these days.

The chairman of the Fong Shu Fook Tong Foundation and Fong’s Family Foundation, Henry Fong Yun-wah, donated HK$100,000 (US$12,900) to help the school’s charitable effort, enabling more people to get the benefits.

Fong’s donation paid for more than 2,000 doses of Chinese medicine that were delivered free to hospitals and elderly community centers. More than 700 people are getting the benefits.

“This donation will improve the health of the elderly, but also help reduce panic by increasing confidence in the fight against the coronavirus,” said Bian.

The school estimates that so far more than 13,000 people have benefited from the free medicine delivery since the program started this year.

Improving the physical fitness of susceptible people is an important mission of the school, Bian highlighted. In fighting the coronavirus, TCM is a significant weapon, especially by improving the body’s natural immunity, he said.

TCM has a history as old as Chinese culture. Its theory places particular emphasis on the mind, especially the inborn vitality of the patient, Bian explained.

While the natural sciences separate themselves from the religions, philosophies and other cultural disciplines of Western history, TCM theories integrate culture and religion as part of the whole, according to an article by Qian Jia, published by the World Health Organization.

It is viewed as “wholeness” and thus has some considerations that go beyond Western medicine. “Its basic principles are hard to put under the microscope of evidence-based medicine of the present day,” the article stated.

The WHO, in making primary healthcare a core policy, found that TCM’s values do address the health needs of a community. 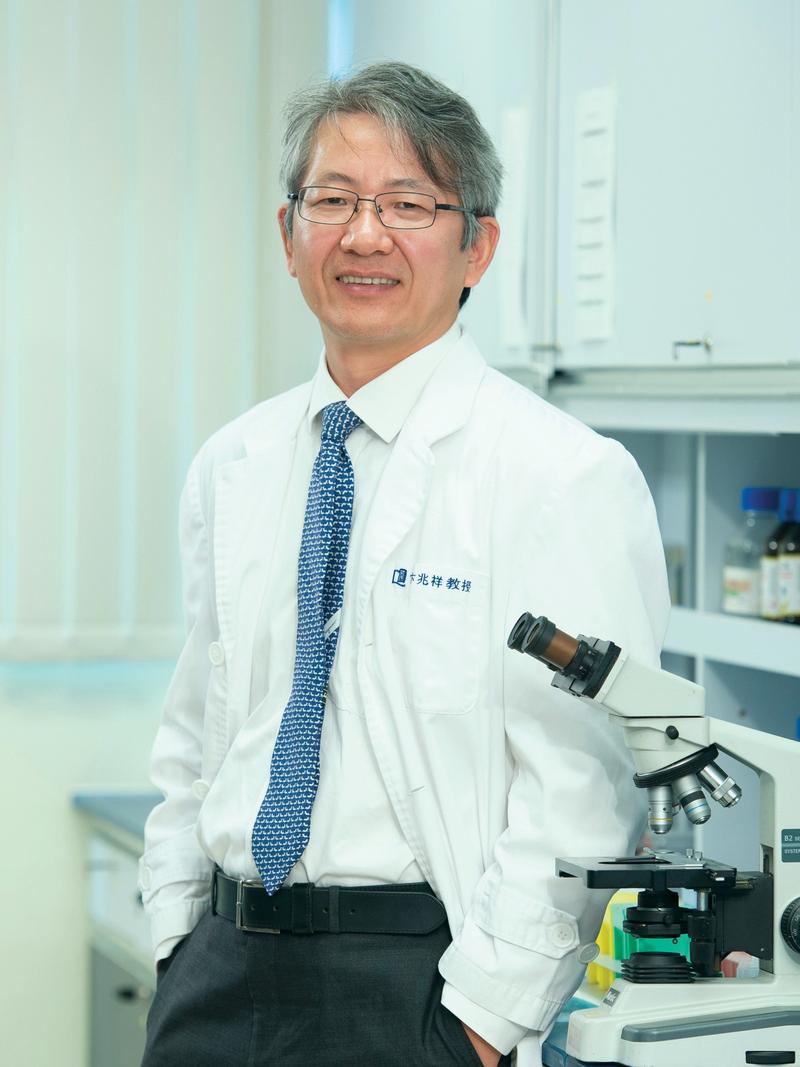 The study claims that instead of suppressing individual symptoms, TCM looks at disease as a holistic issue and addresses the whole person. Its therapies focus on restoring the normal interaction between the human and human nature. According to TCM’s theory, the power of self-healing and immunity are core concepts; if health and immunity are maintained, the individual remains free of disease, and thus “health for all” is achievable, at least in theory.

Gastrointestinal symptoms like nausea and diarrhea are early clues of coronavirus infection. In TCM’s concept, these patients have dampness and deficiency of spleen. Some Chinese medicines are effective in removing dampness and boosting qi and thus lowering the risk of infections, said Bian.

TCM theory is the theory of mind or vitality, attested by Huangdi Neijing, the greatest and oldest Chinese medical classic; it states that “patients with robust vitality will heal. Those who lack strong vitality are likely to die.” Qi refers to the natural energy of a man, a resource used for self-protection. Immunity pertains to the body’s biological defenses. If a person lacks qi, he or she will present only weak resistance to attacks from diseases.

Boosting qi shares something in common with enhancing biological immunity.

The spleen, according to TCM practice, is responsible for the intake, the processing and the distribution of nourishment from food. It turns digested food into nutrients and transports these to lungs, according to Eu Yan Sang, a TCM pharmaceutical company.

Dampness refers to a condition wherein the spleen is incapable of transporting and transforming body fluids. An accumulation of moisture within the body follows. It is a condition that is considered turbid, heavy, and hard to shake off.

The accumulation of dampness in the intestines causes loose stools, Bian said. The medicine removes impediments to the functioning of the spleen, helping to restore healthy digestion.

The elderly, already in precarious health, are vulnerable to dying from the coronavirus. And they are more susceptible to the virus to begin with.

Our aging population puts a heavy burden on medical resources. It is not just a problem in Hong Kong. Many other regions have similar challenges as more and more people enter their senior years.

It is noted that many elderly folk are listed among confirmed cases of COVID-19. The natural immunity of the elderly in general is much weaker than that of the youth. Those with other serious illnesses are more prone to complications from the virus, said Bian.

Aside from medications, Bian suggests elderly people get a therapeutic massage periodically or acupuncture. There are also exercises promoted by TCM. Regular care improves health, lowering the risk of infection and dying from the virus, said Bian. He expects that in the long term, the pandemic will raise awareness of the need for a healthy lifestyle throughout the community, especially among the senior groups.

Bian said the school has been getting positive feedback, with many recipients reporting they feel calmed by the TCM medications. However, he warned against overuse of these medicines.

“We distribute medicine to elderly people with health problems only. Those in good health have no need to take our medicine,” Bian said.

Amid the advancement of modern medicine, TCM, which formed the basis of healthcare in ancient China, has taken a secondary role in the modern era. Scholars and practitioners hope that by providing benefits during the current pandemic, TCM may regain traction and earn greater trust in the community.

Bian hopes for increased international exchanges among TCM communities to explore new discoveries and treatment approaches to infections and to rehabilitation, and expects greater convergence with Western medicine. He said novel approaches are especially important to regions with aging populations.

“With more and more people realizing the importance of it, the systems of Western and Chinese medicine will be more integrated and improve our abilities and efficiencies for resisting diseases,” Bian said.

Unlike Western medicine, Chinese medicine rarely makes specific assertions about how long medications will be in effect. Most Chinese people believe TCM involves a gradual process. Practitioners and advocates believe it also will require a gradual process before TCM plays a larger role in the world of modern science.

Many practitioners are raising the profile of TCM during the current crisis, not only to help save lives but to contribute to overall good health. Self-promotion is not the priority, but if the treatments help, the entire community will be the winner.