A fine blend of the East and West 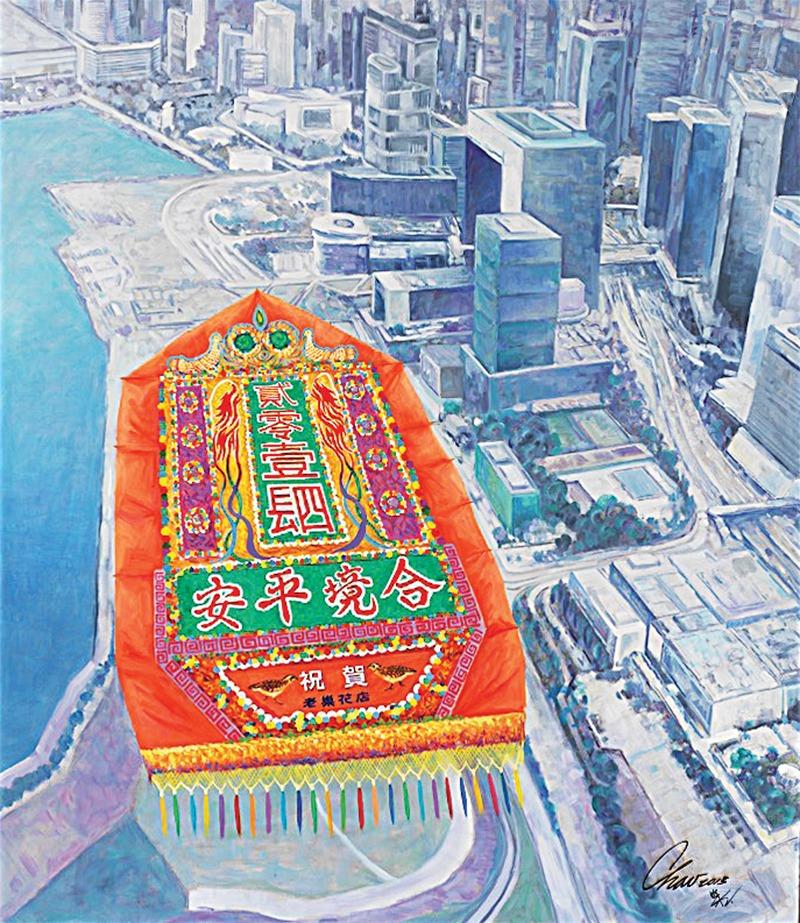 Sun Museum’s current exhibition, featuring 46 oil paintings by 24 Chinese artists from early 20th century to the present day, gives viewers a taste of the fusion of Chinese and Western aesthetic traditions. An air of serenity prevails in the sprawling exhibition space. The layout allows visitors ample room to view and appreciate the paintings in a leisurely fashion. This is a rare chance to see works by some of the most celebrated names in modern Chinese painting belonging to a private collection in Hong Kong.

According to the director of Sun Museum, Yeung Chun-tong, Western missionaries introduced oil painting techniques to the Qing court during the rule of Emperor Kangxi (1654-1722). Later, the medium was widely adopted by Chinese artists from the Republican era (1912-1949). Many of them traveled to Britain and France to study the craft, and went on to combine influences from both cultures in their works.

The stars of the show are the artists often referred to as “The Three Musketeers of Chinese Art” — Zao Wou-ki (1921-2013), Chu Teh-chun (1920-2014) and Wu Guanzhong (1919-2010). All of them were trained in France and later became members of the country’s Academy of Fine Arts. Their works are representative of the East-meets-West school of modernist Chinese painters and highly sought-after in the art market.

Zao’s 9-3-88, takes visual cues from the symbols and patterns in ancient Chinese visual culture such as oracle bones, expressing these ideas in abstract style, through the use of Western light effects.

Chu’s Winter Landscape is painted in the style of abstract expressionism that took the Western art world by storm in mid-20th century. It also shows the influence of Chinese cursive calligraphy. Wu is particularly skilled at imbuing his abstract works with a sense of poetic lyricism typically seen in Chinese landscape ink paintings — evident in his work titled Huangshan Falls.

While works by Pan Yu-lin (1895-1977), the first female artist from China to have a career in the European art scene, and Ding Yanyong (1902-1978), hailed as “Matisse of the East”, are not to be missed, the exhibition also showcases works by contemporary artists, such as Lin Ming-chen (b. 1941). Lin’s Night of Kowloon encapsulates the energy of a neon sign-lit night, blurred by lashings of rain. Yu Zhongbao’s (b. 1962) series of four large Tibetan scenes which resonate with the works by Pierre-Auguste Renoir are among the other highlights of the show.

Visitors are greeted by Ng Chung’s (b. 1963) Azaleas on a red wall upon arrival. One wonders if a piece by one of the masters, such as Zao’s 9-3-88, would have made for a stronger opening and helped set the tone of the exhibition.

Among the notable absentees is Lee Man-fong (1913-1988), who built his career chiefly in Indonesia. Lee is known for the dramatic chiaroscuro effect in his paintings, which follow the composition style of classical ink paintings. Another is Wucius Wong (b. 1936), a Hong Kong-bred artist who incorporates geometric shapes and lines into his ink-inspired oil paintings to depict a post industrial-era world as opposed to Confucian ideas that often informed the literati school of painters.

Attempting to represent the evolution of Chinese paintings across more than a century in fewer than 50 works is no easy feat. The exhibition is aimed more at highlighting the blend of Chinese and Western elements, rather than presenting a chronological study. Sun Museum deserves to be congratulated for presenting a concise and informative exhibition, featuring a stellar line-up of artists, cutting across time periods and a diverse range of styles.