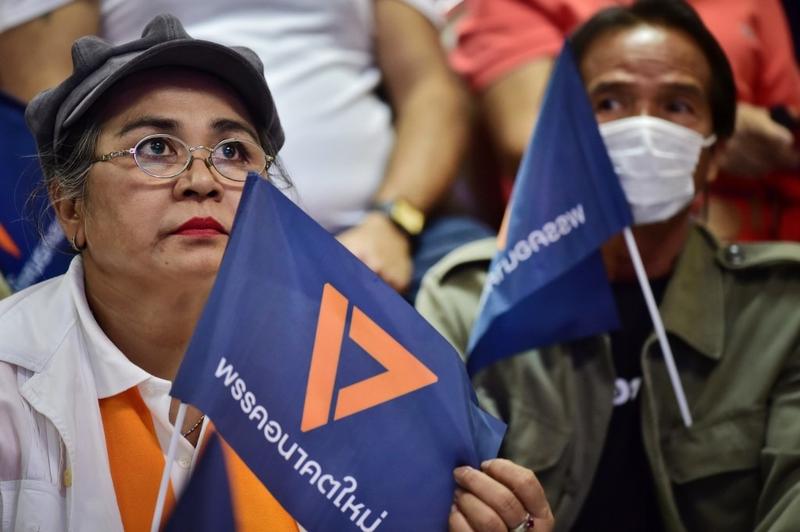 BANGKOK — Thailand's Future Forward Party was dissolved under Friday's ruling of the Constitutional Court pertaining to its money-lending controversy.

The Constitutional Court has considered the lending of 191.2 million baht (about US$6.04 million) provided by the Future Forward Party Leader Thanathorn Juangroongruangkit as the de facto reception by the dissolved party of donated money and not as a loan in normal business sense, which was thus concluded by the court as a breach to the 2017 constitution and political party law.

As a result of the dissolution of the Future Forward Party, all members of its executive board are banned from politics for a 10-year time from now

No individuals are legally allowed to donate more than 10 million baht (about US$316,155) to any political party. Most of the "loan" money was apparently used to finance last year's electoral campaign of the disbanded party.

As a result of the dissolution of the Future Forward Party, all members of its executive board are banned from politics for a 10-year time from now.

Besides, those members of the party's executive board are also prohibited from setting up or taking part in the setting up of a new political party in a 10-year time from now.

Eleven Future Forward Party MPs who have earlier acted as members of the disbanded party's executive board have automatically lost their MP status due to the Constitutional Court's ruling.

Thanathorn was earlier stripped of his MP status under the Constitutional Court's ruling which found him guilty by law of holding a media firm's shares after he applied to run for MP in last year's general election.

However, another 64 MPs of the dissolved party can legally join other parties in parliament to retain their MP status.

Last month, the Future Forward Party survived a separate case lodged on grounds of acting as followers of the so-called Illuminati clique with intent to undermine the country's democratic rule with the monarch as head of state but the Constitutional Court dismissed such charges and lifted the case.