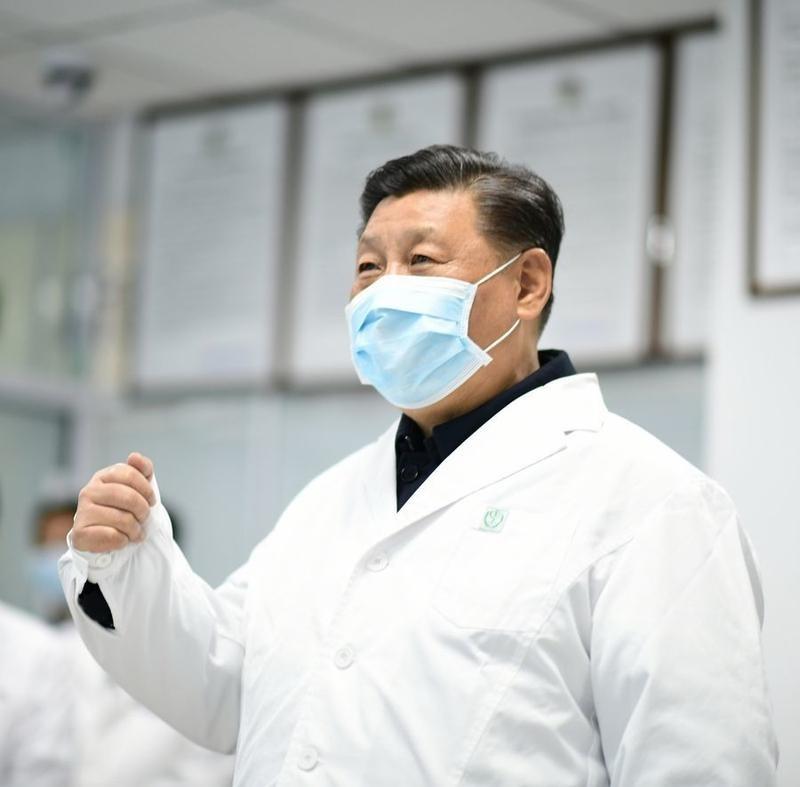 President Xi Jinping checks the treatment of hospitalized patients at the monitoring center and talks to medical staff on duty via a video link at Beijing Ditan Hospital in Beijing, capital of China, on Feb 10, 2020. (XIE HUANCHI / XINHUA)

Xi, also general secretary of the Communist Party of China (CPC) Central Committee and chairman of the Central Military Commission, specified the requirements at the 12th meeting of the central committee for deepening overall reform, which he chairs.

Noting that safeguarding people's life and health is a major mission of the Party in governing the country, Xi stressed the need to strengthen areas of weakness and close the loopholes exposed in the current epidemic.

Xi said the current fight against the novel coronavirus pneumonia epidemic is a major test of China's system and capacity for governance.

Stressing the need to strengthen legislation on public health, Xi called for the assessment of revising laws and regulations concerning infectious disease prevention and treatment, as well as wildlife protection. He also highlighted speeding up establishing a law on biosecurity.

The system of treatment for major epidemics should also be improved, Xi said, encouraging the application of digital technologies including big data, artificial intelligence and cloud computing in areas such as epidemic monitoring, tracing virus sources, epidemic prevention and treatment, and resource allocation.

Xi called for improving the medical insurance and medical aid systems for major diseases and a unified system for providing emergency response supplies.