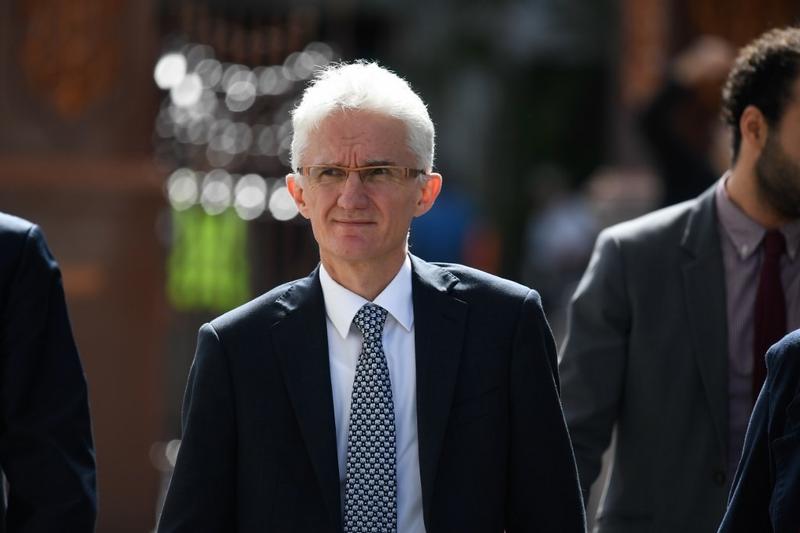 UNITED NATIONS — China's response to the novel coronavirus outbreak is remarkable and the international community shares a common interest in collaborating to tackle the epidemic, UN Undersecretary-General for Humanitarian Affairs and Emergency Relief Coordinator Mark Lowcock has told Xinhua.

Commenting on the measures China has taken to combat the epidemic, Lowcock lauded the country's "quite wide agreement" to try to first of all "contain the virus and its spread."

Lowcock also lauded China's efforts to prevent the spread of the novel coronavirus beyond China, adding that China is taking efforts to "buy time to learn more about the virus and how to deal with it"

Lots of the measures that have been taken are intended to have that effect inside China, he said.

Lowcock also lauded China's efforts to prevent the spread of the novel coronavirus beyond China, adding that China is taking efforts to "buy time to learn more about the virus and how to deal with it."

"We need to understand the virus, and then we need to develop a means of diagnosing people who may have it," said Lowcock, adding that one of the priorities is to see what can be done to develop new therapies.

"The secretary-general, the head of the World Health Organization, and all the senior colleagues in the United Nations really admire the way China is trying to deal with this problem," he added.

The UN official also called for global cooperation to tackle the epidemic.

"This is really a classic example of a case where everybody's interests are best served by collaboration. And everybody needs to recognize the remarkable efforts that China is making to deal with this problem," he said.

Commenting on the appeal made by Zhang Jun, China's permanent representative to the United Nations, on Wednesday that the international community should "increase mutual trust, foster an awareness of a community of shared future for mankind, oppose politicization of health issues and leave no breeding ground or space for any racist comments, discrimination or stigma," Lowcock said those were "extremely wise words."

READ MORE: WHO chief appreciates people of Wuhan for their cooperation