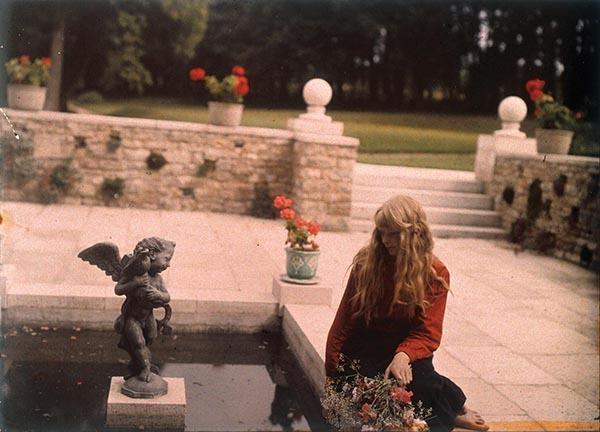 Auguste and Louis Lumière never imagined in the early 1900s, when they were trying to solve a problem that had bedevilled the photographers of the black-and-white era for more than 70 years, that potatoes would be part of the solution. It would also equally surprise to the French brothers that, 113 years after they launched their game-changing invention – the Autochrome process – in a quest for natural-looking colour in photographs, it would still be one of the most popular filters on Instagram, designed to evoke nostalgia by giving photos a vintage feel.

The Autochrome colour imaging process represented a revolution in photography. Technical limitations had previously made colour photography extraordinarily complex and very time-comsuming; the Lumière brothers, already producers of black-and-white camera-ready plates, overcame that problem using ground potato starch, which they dyed orange-red, green and blue-violet. They then spread the particles over a glass plate coated with a sticky varnish, following up with black carbon powder to fill any gaps between the grains. After applying pressure with a roller and then a second coat of varnish, the resulting plate was a three-coloured filter screen, coated with about four million transparent starch grains per square inch. The brothers then applied a final panchromatic emulsion to the plate.

In doing so, they made colour images a whole lot easier to capture. Before the camera-ready Autochrome plate, photographers needed to set up three cameras, record separate images and superimpose them one over the other to form a single picture. The commercial viability of the Lumière Autochrome process hastened its adoption across Europe.

The way the technique renders colour is similar to a pointillist painting, but it creates a gentler tone with a softer, warmer feel; images created using Autochrome resemble newly discovered relics from the past. They represent a stark contrast to the often bright, exaggerated colours of later colour photographic methods, which tended to produce garish, unnatural tones.

Thanks to digitised photo-editing tools such as Photoshop and Lightroom, today any image can instantly be made to look like it has been produced using Autochrome, without the need for vegetable starches or light filtering. To many aficionados of the process, however, Lightroom doesn’t allow an accurate reproduction of the full range of Autochrome effects.