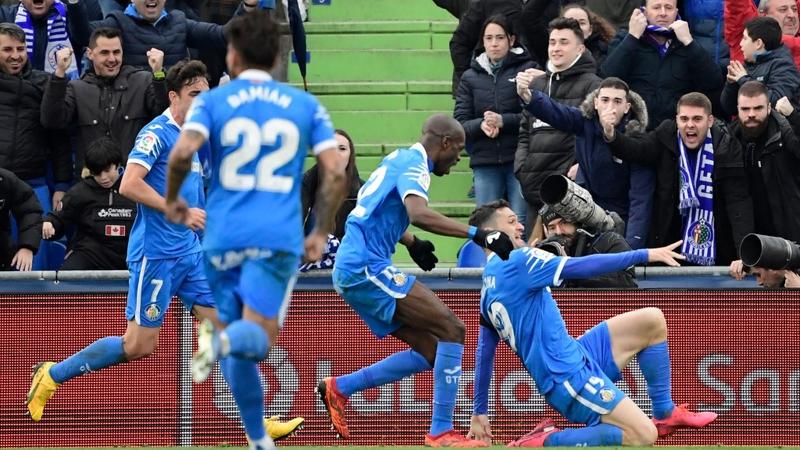 MADRID - Matchday 24 of La Liga Santander this weekend contains a key game in the battle to qualify for next season's Champions League, while FC Barcelona have a tough rival in the Camp Nou and there are two Basque derbies to keep emotions high.

The weekend begins with a rare Friday match for Valencia and Atletico Madrid, whose game has been brought forward because of the return of the Champions League the following week.

Atletico moved back into the top-four after their 1-0 win at home to Granada last weekend and striker Diego Costa could play some part in the game as he looks to get to full fitness after a neck operation, although Alvaro Morata and Kieran Trippier are both side-lined by injury.

Valencia were poor as they lost 3-0 in Getafe a week ago and will be without the injured Ezequiel Garay for a game they can't afford to lose if they want to keep their top-four hopes alive.

FC Barcelona entertain third placed Getafe on Saturday afternoon in what promises to be a massive test for both teams. Getafe have shown they are able to close their rivals down and limit their creative play and Quique Setien's Barca will have to move the ball forward faster than they tend to do if they want to win.

Barca are without the suspended Clement Lenglet and there are doubts about Gerard Pique's fitness, which is good news for Getafe strikers Jaime Mata, Jorge Molina and Angel Rodriguez, who has even been mooted as a possible short-term replacement for the injured Luis Suarez.

Saturday also sees an east-coast derby as Villarreal look to get their season back on track with a home game against Levante, who bat Leganes last weekend to end a four-game losing streak. 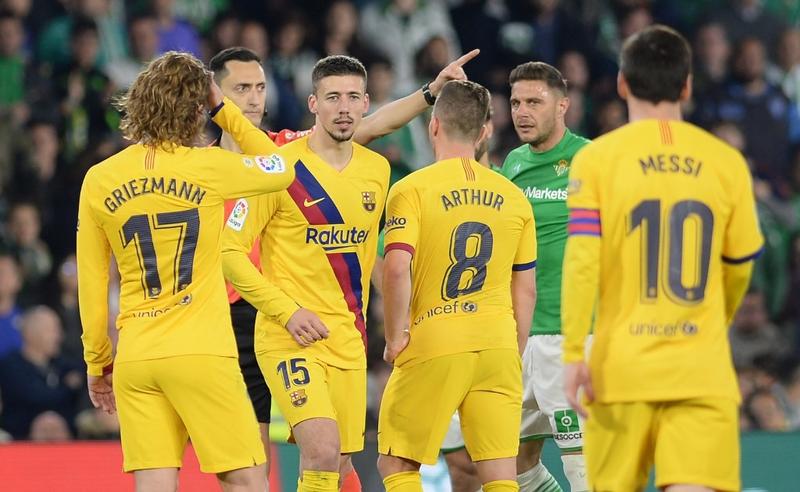 Mallorca dropped into the bottom three after their 1-0 defeat away to Espanyol and need to turn their Son Moix ground into a fortress, starting with their home game against Alaves, who moved clear of the relegation zone after beating Eibar last week.

Sevilla's recent form has given cause for concern with Julen Lopetegui coming under pressure as they dropped out of the top-four last week. Lopetegui's men are at home to bottom of the table Espanyol, but the visitors now travel only 2 points from safety and with recent signing Raul de Tomas giving them hope of survival with four goals in four games.

Leganes will hope the absence of the suspended Nabil Fekir will help their chances at home to Betis, while Granada have to forget their Copa del Rey efforts when they face Valladolid. 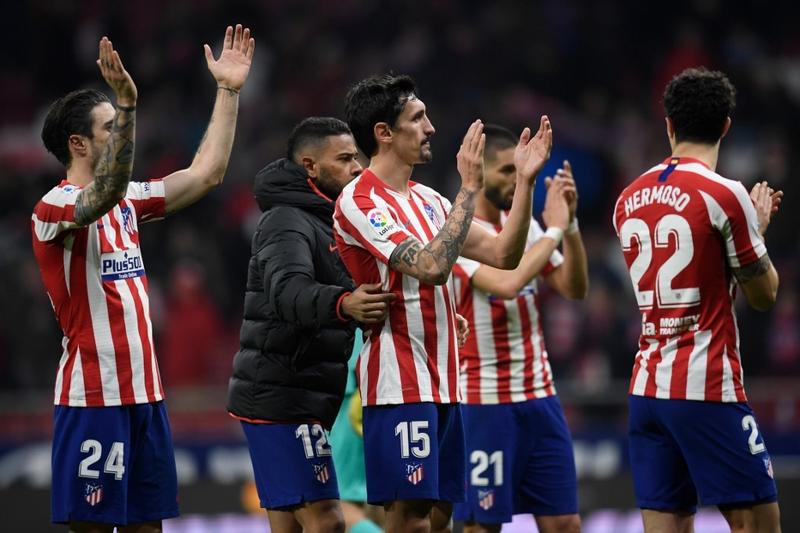 Atletico players celebrate their win at the end of the Spanish league football match between Club Atletico de Madrid and Granada FC at the Wanda Metropolitano stadium in Madrid on Feb 8, 2020. (OSCAR DEL POZO / AFP)

Athletic Club Bilbao, who were also in midweek Cup action, will be without the suspended Dani Garcia when they play an always tough to beat Osasuna, while Eibar have to take something from their home game against near neighbors, Real Sociedad as the pack of sides looking to avoid relegation draws increasingly close behind them.

League leaders Real Madrid bring the weekend to a close with a home game to Celta Vigo. Celta came back from a goal down to snatch a dramatic last-minute win at home to Sevilla last weekend but will need something special from Rafinha and Iago Aspas to get anything from the Santiago Bernabeu.

Real Madrid recovered from their Cup exit with a win in Pamplona last weekend and Sunday's game could see Eden Hazard's return to action after almost three months recovering from an ankle injury. 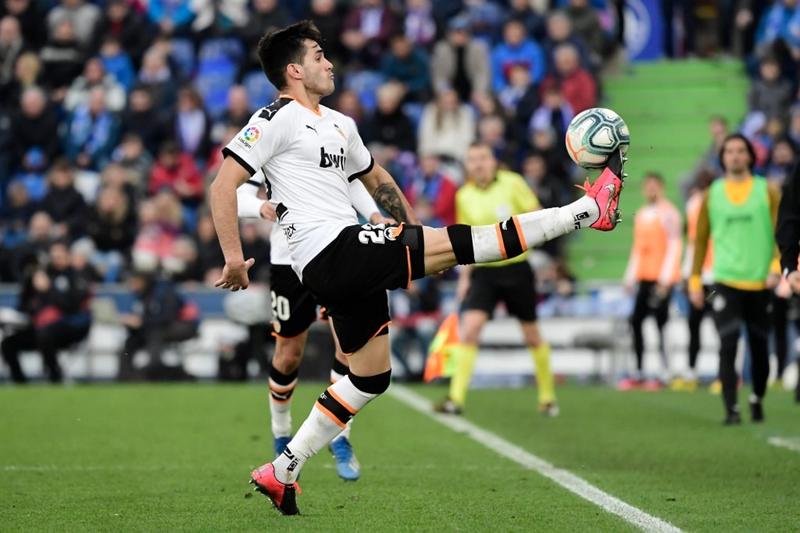