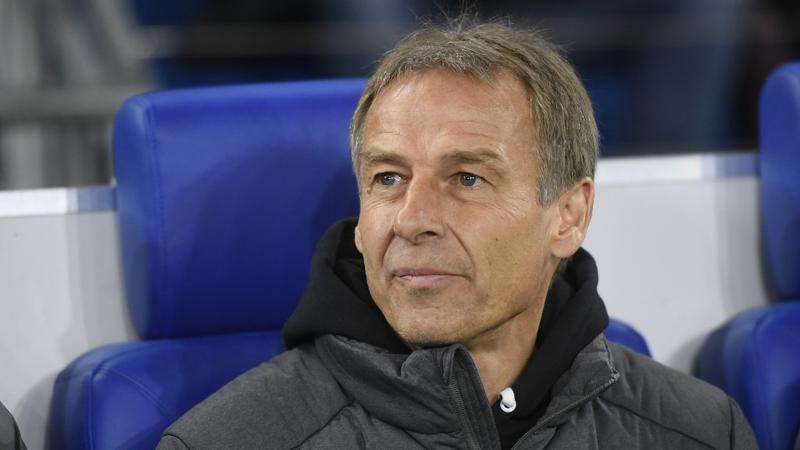 BERLIN - The surprising resignation of Juergen Klinsmann as head coach of Hertha BSC has further consequences.

The 55-year-old former German national and US national team coach is going to lose his seat in the Berlin club's board as investor Lars Windhorst announced.

The UK located German businessman called Klinsmann's step "inacceptable" and said, "he has damaged his reputation." Windhorst accused the former Bayern Munich coach of puberty behavior and called the decision to quit a "kneejerk reaction."

ALSO READ: Klinsmann with much work to do to revive Hertha Berlin

He said Klinsmann is meanwhile regretting his reaction.

The 108 times capped forward's board membership was put on rest when he took over the coaching job 11 weeks ago.

We were amazed at the impact his charismatic character has on the international markets. I am heartbroken about the way he left

He and Hertha were happy to see the enormous impact name Klinsmann had on international markets, the investor added. Windhorst confirmed the club was close to gain additional, prominent investors.

"We were amazed at the impact his charismatic character has on the international markets," the 43-year-old commented, adding, "I am heartbroken about the way he left."

The investor announced to continue his engagement and mentioned a time frame of at least 10 years, including the option of an extension to 20 to 30 years.

While the Bundesliga side is trying to ease the tension caused by the drastic step of the former striker, have the incidents most likely a far more massive impact on the future of Klinsmann in international football.

German football is currently witnessing the tragic fall of one of the countries football icons. Pundits, protagonists, and fans puzzle over Klinsmann's options to return to a job in football.

A majority says Klinsmann is done in Germany, and international engagements are highly unlikely as they can't assume anyone accepting the 55-year-old's volatile nature.

Although a slight upswing in this season's league campaign remains Hertha in danger to be relegated, Hertha president Werner Gegenbauer and managing director Michael Preetz complained about the inappropriate timing of the resignation with the club ahead of four crucial league games against other relegation rivals.

Klinsmann explained his step with ongoing competence conflicts with Preetz. Reports speak about his demand to get a new contract, including full power regarding sportive issues.

Hertha refused to agree on a contract extension at present and referred to the club's structures, "which are more or less the same as in every other first division side," as Preetz said. The Berlin club said negotiation could take place later in the season.

Klinsmann said he felt uncomfortable with the German system and a head-coaches' limited competences. He prefers the English way, calling the coach a manager, including all power of decisions. Klinsmann emphasized he cannot live up to his "potential" without the "trust" of those involved with the club.

The press coverage has been devastating. Reports spoke of an act of embarrassing selfishness accusing the 1990 World Champion of having "dropped his mask" and called his step a discrediting of him as a team-player.

Contrary to the public's option, former German international Stefan Effenberg said he can't understand the critics. "He just expressed things others don't have the guts to speak about," the former Bayern captain commented.

Effenberg doesn't see Klinsmann's career at an end. "I am sure we will see him again as a coach. Maybe not in Germany. His philosophy doesn't match with usual procedures in the Bundesliga."