Brazil's Bolsonaro nominates army general as his chief of staff 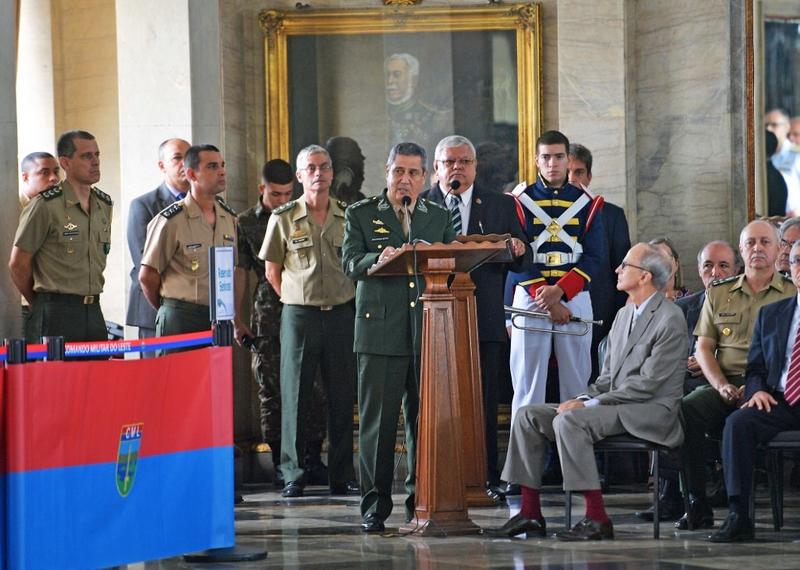 This file photo taken on Dec 27, 2018 shows Brazil's Military Commander Walter Souza Braga Netto (Center) speaks during a ceremony at the Palacio Duque de Caxias in Rio de Janeiro to mark the end on Dec 31 of the federal and military intervention for public security in the city. (CARL DE SOUZA / AFP)

Braga Netto will replace Onyx Lorenzoni, who will be the new Minister of Cities

Braga Netto, who was in charge of security in the Rio 2016 Summer Olympics and then the officer in charge of the security intervention in Rio de Janeiro state, is now chief of staff of the Brazilian Army.

Braga Netto will replace Onyx Lorenzoni, who will be the new Minister of Cities. Onyx Lorenzoni has held the chief of staff position since the beginning of the current administration.

It is the third cabinet shift in the Brazilian government since the beginning of February and the first time since 1981 that Brazil has a chief of staff who has an active duty in the army. With that change, the number of military cabinet members increased to nine.