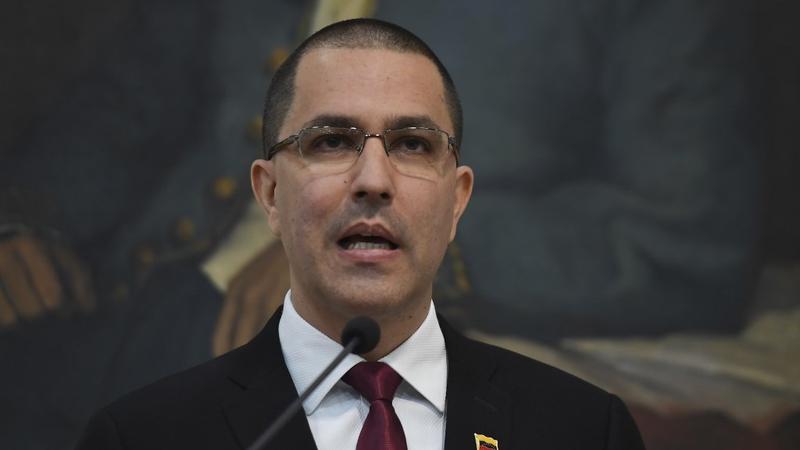 CARACAS — Venezuelan Foreign Minister Jorge Arreaza filed a request on Thursday to the International Criminal Court (ICC) to investigate the sanctions put in place by the US government against Venezuela.

"We have the conviction that the consequences of these coercive unilateral measures constitute crimes against humanity, in this case against the civilian population of Venezuela," the foreign minister said at a press conference in The Hague, the Netherlands.

We have the conviction that the consequences of these coercive unilateral measures constitute crimes against humanity, in this case against the civilian population of Venezuela

Arreaza said that he had delivered the official request to ICC chief prosecutor Fatou Bensouda, adding the request "is a rigorous document which has statistical data, which has facts" that will demonstrate the illegality of the sanctions.

The Venezuelan foreign minister stated that it was hoped that the ICC prosecutorial team would "investigate and begin the entire process that would bring about an indictment and a determination of responsibility," calling the sanctions "weapons of mass destruction."

The United States intensified its policy of economic, commercial, and financial sanctions against the Venezuelan government after Donald Trump assumed the presidency in 2017.

Since then, the Venezuelan government has denounced the measures, which have caused billions of US dollars in losses for the country.