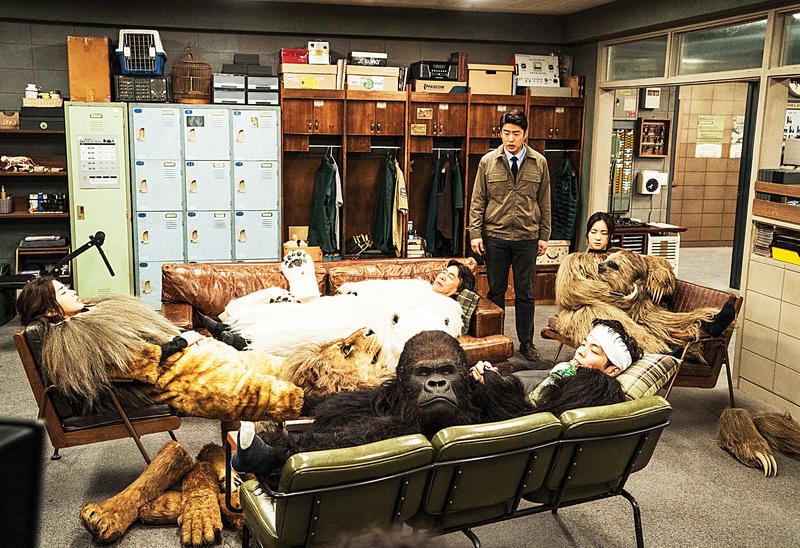 While Bong — the same man who gave us Memories of Murder and Snowpiercer — represents a filmmaker at the top of his satirical game, Son is a mainstream entertainer whose previous films were middling high-concept comedies plagued by clumsy storytelling that only partially worked. But Son understands his strengths and weaknesses and seems to have hit his stride with Secret Zoo. It may be a silly, one-joke movie, but on a broad and unfussy level, it succeeds in its goals. The audience at the film’s Hong Kong preview was in splits, although most of them didn’t speak Korean, which was probably the director’s endgame. And really, who couldn’t use a laugh right now?

The story pivots on young lawyer Tae-su (Ahn Jae-hong) and his efforts to impress his bosses at a high-powered Seoul law firm by restructuring a failed provincial zoo and returning it to profitability for resale. The problem is that the zoo has no animals left as they were sold to pay off debts. Tae-su’s crackpot remedy is to have the remaining skeleton crew dress up in elaborate animal costumes. Dedicated vet So-won (Kang So-ra) is the lion, former director Seo (Park Yeong-gyu) plays a polar bear and staffers Gun-wook (Kim Sung-oh) and Hae-Kyung (Jeon Yeo-bin) play a gorilla and sloth, respectively. When Seo throws out his back one day, Tae-su takes over. A video of him drinking a Coke while in his polar-bear costume goes viral and the zoo’s attendance skyrockets as a result.

What follows is suspicion, discovery, betrayal and redemption amid the requisite emotional beats. Son and co-writer Heo Sung-hye don’t try to reinvent the wheel of cinematic storytelling at all. Nonetheless, they manage to magically squeeze some genuine chuckles out of some of the world’s hoariest material. Fortunately, Son is blessed with a game (if bland, in Ahn’s case) cast that makes the most of the borderline vaudeville antics: Kim is particularly strong as the zookeeper who takes his gorilla act way too seriously and Jeon also stands out as the human sloth more concerned with her phone than her job. It may be difficult to admit but the training montage is legitimately funny.

Where Secret Zoo fails though is in its underlying messaging and themes. Are we to believe zoos are a good thing? A necessary evil? Is all CSR simply a PR stunt? Tae-su is a half-written character whose ambition and complex social standing are never fleshed out. The same goes for Seo’s ceaseless self-flagellation over how he “ran the zoo into the ground,” and the reason for So-won’s intense connection to animals rather than people. These are the elements that should be the backbone of the story, which, as it stands, bafflingly and blatantly hinges on shameless product placement. Still, it’s hard to deny that the film’s funniest bits are truly funny,  and sometimes that’s enough.