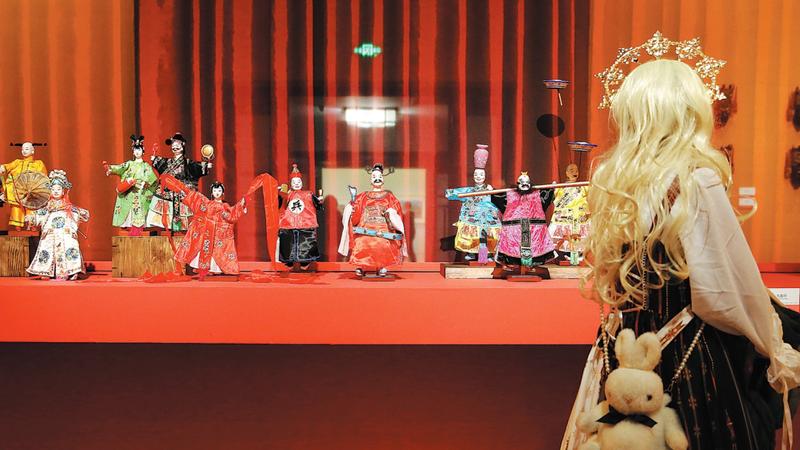 A young visitor looks at glove puppets made and donated by Xu Zhuchu, an artist in Zhangzhou, Fujian province, on display at the National Art Museum of China in mid-January. (JIANG DONG / CHINA DAILY)

The prominent oil painter Jin Shangyi donated 35 of his works to the National Art Museum of China at the opening of his third solo exhibition there in April.

Jin, 86, says the reason behind his donation is simple. "I think an art museum is the best destination for my work."

The artist had donated 39 of his paintings to the Beijing museum in 2008. He says he hopes the donations will boost the profile of the National Art Museum and strengthen the landscape of public art institutions in China.

A diverse art collection is important to a public museum. Opened in 1963 in Beijing's central area, the National Art Museum has assembled some 110,000 works of art and craft, among which more than 30,000 are from around 12,000 donors from home and abroad, including artists, their families and private collectors.

Over the years the National Art Museum has mounted exhibitions to show selected works from the donations.

On Jan 19, it unveiled an ongoing exhibition of donated works on an unprecedented scale, of which more than 800 artworks occupy 19 of its 21 exhibition rooms and outdoor space.

Titled A Tribute to Donors, the exhibition that runs through March 28 presents the richness and diversity of the art and crafts the museum has received over nearly six decades, ranging from paintings, sculptures, calligraphy and lithography works, to photos, comics and folk art such as nianhua, the Chinese New Year posters, clay figurines and toys. 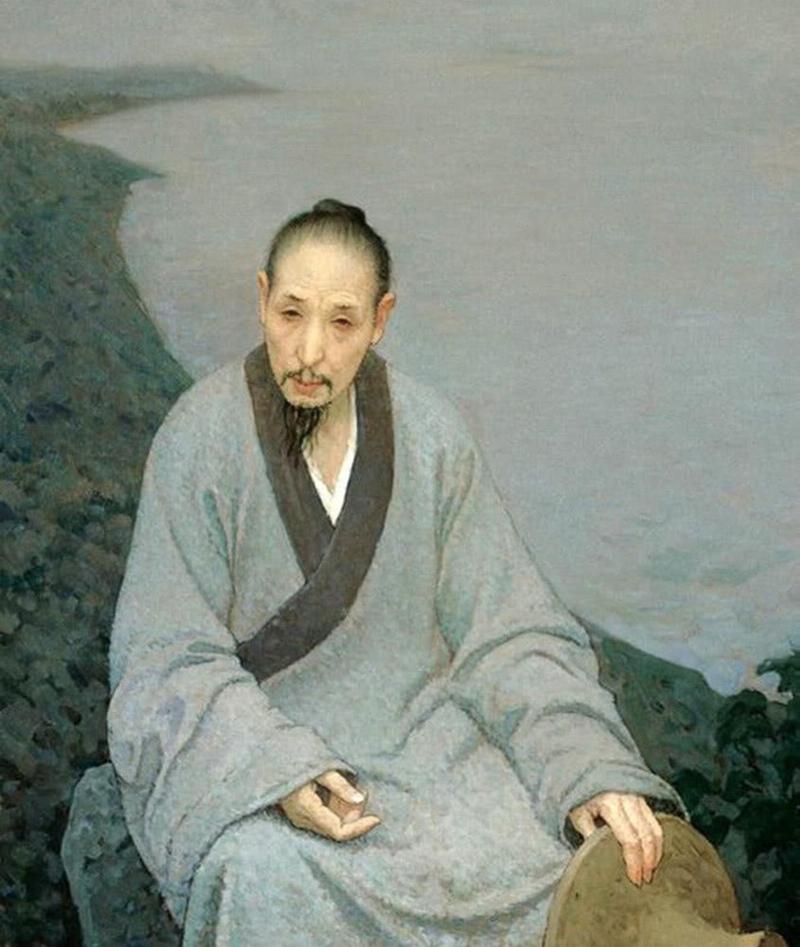 Bada Shanren, an oil painting by Jin Shangyi, is on display at A Tribute to Donors. (PHOTO PROVIDED TO CHINA DAILY)

Jin's oil painting, Bada Shanren, which he donated to the museum in 2008, is also on show. The portrait depicts Zhu Da, a master artist who lived in 17th-century China. The work adopts the composition of classic Chinese ink painting to deliver an unworldly feeling and indicates a state of seclusion in which Zhu, better known by the pseudonym, Bada Shanren, mostly lived through his life.

Like many other public institutions in China, the National Art Museum is temporarily shut because of the coronavirus outbreak, but information on the exhibits of the show can be found on its website and WeChat account.

Two years before it officially opened to the public, the museum received its first donation that included 116 paintings by the late painter Chen Shuren from his widow, Ju Ruowen.

Chen, who learned painting in China and Japan, is recognized as one of the three leading figures of the Lingnan School of Painting that emerged and progressed in Guangdong province in the 20th century. Paintings by Chen from this donation are on show at A Tribute to Donors.

Among significant donations to the museum over recent years are three bronze sculptures made by the late Chinese-French artist Hsiung Ping-ming in 2016. They were donated by C.N. Yang, the Nobel Prize-winning theoretical physicist, and his wife, Weng Fan.

The fathers of Hsiung and Yang were both noted mathematicians teaching at Tsinghua University in the late 1920s. Yang saw Hsiung as one of his close friends. They were also neighbors for eight years.

Hsiung studied philosophy at university in China and went to France to study aesthetics and sculpture in 1947. After graduation, he stayed in Europe to teach Chinese culture and started a calligraphy course in a college there. He also sculpted, drew, painted and exhibited widely.

Yang said at the donation ceremony in 2016 that Hsiung found a distinctive approach to sculpture by cutting iron into small pieces and forging them back to depict different subjects, "and the spaces between plates also constitute part of the work". 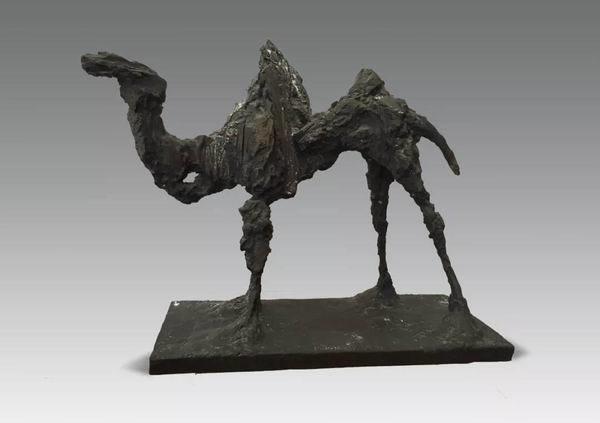 He recalls a bust of Hsiung's mother made by the artist. "I felt not only did Hsiung create a sculpture of his mother. Also, he presented a collective image of all the mothers in the world."

The donated sculptures were on show at The Journey of Defining Yourself, an exhibition to review Hsiung's accomplishments, held at the National Art Museum in January.

Also on display were 104 works received from Hsiung's widow, Xiong Bing'an. Selected works from the two donations are seen at A Tribute to Donors.

"Hsiung's work delivers a philosophical touch and reflects the spirit of a scholarly artist," says Wu, the museum director.

"What Yang gifted to the museum was a friendship that spanned some seven decades."

Wu says those who donate to the museum to share their collections of art with a wider audience are "great people", especially in a time when the art market is booming in China.

The four children of the late novelist Lao She and his wife, painter Hu Xieqing, donated dozens of classic Chinese paintings and calligraphy works collected by their parents to the National Art Museum in 2015.

The couple was on good terms with many artists and were themselves discerning collectors. Their assembly of artworks feature prominent artists such as Wu Changshuo, Qi Baishi and Fu Baoshi, and some of that can also be viewed at A Tribute to Donors.

The National Art Museum also does tours of its collections in other Chinese cities and abroad.

Master artist Wu Guanzhong held four solo exhibitions at the museum earlier. After his death in 2010, the museum mounted two more shows in his memory. He donated 46 of his paintings to the museum. Besides rotating the works on its exhibition calendar, the museum transports them outside.

In September, the Yixing Art Museum in Jiangsu province presented his works to commemorate his centennial. Yixing, a city known for its quality clay used in making Chinese teapots, is where the artist was born and raised.

Last year, the Beijing museum showed 36 paintings and sculptures in its collection at the China Cultural Center in Paris. It featured nearly 20 leading Chinese artists who studied in France in the 1920s, '30s and '40s. Part of the collection was donated.